Edison Yu's team sees a strong rebound for NIO in the next few months as it works through a casting parts issue. 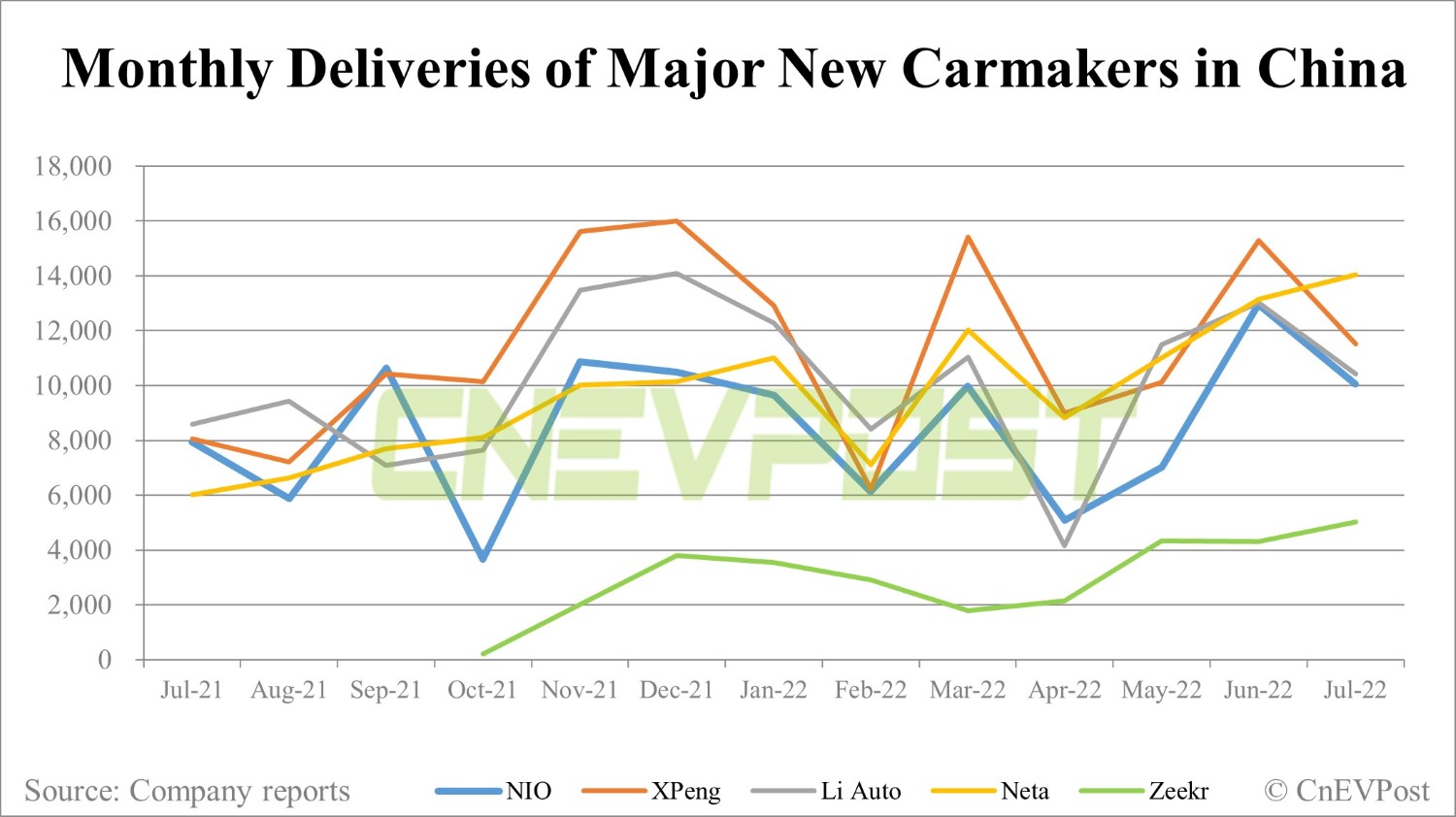 Most of China's major electric vehicle companies saw their numbers dip in July deliveries, which were announced on August 1.

Some of the weakness was previewed in the past few weeks, and near-term volumes are facing some temporary headwinds, Deutsche Bank analyst Edison Yu's team said in a research note sent to investors Monday.

Those headwinds include penetration stuck in the mid-high 20 percent range, partly reflecting traditional automakers becoming more aggressive on the internal combustion engine vehicle side, according to the team.

Moreover, several new models will be released later this year, hurting demand for existing products, the team said, adding that the dynamic is somewhat structural as the smart electric vehicle refresh cycle accelerates.

Looking ahead, the team sees a strong rebound for NIO in the next few months as it addresses a casting parts issue.

The following is the full text of the team's report.

The heat is on: July under pressure

Fab 5 China EV sales came in mostly lower than expected in July following a record June. Some of the weakness was previewed in the past few weeks and we think near-term volumes are facing some temporary headwinds, including penetration stuck in mid-high 20% range which we think in part reflects legacy automakers getting more aggressive (on the ICE side).

Moreover, there are several new models set to be released later this year, hurting demand for existing offerings; this dynamic is somewhat structural, in our view, as refresh cycles accelerate for Smart EVs.

Looking ahead, we see NIO rebounding strongly in the following months as it works through a casting parts issue and highlight Zeekr is showing impressive traction with its 001 shooting brake model, actually growing sales MoM and accumulating >10k orders in July.

XPeng began offering promotions in July as the order book was softening, suggesting to us the previous price hikes may have been too aggressive. We expect August to also trend toward the weaker side.

The L9 has accumulated +50,000 customer orders thus far, among which +30,000 orders are non-refundable. Li Auto exited the month with 259 retail stores and 311 servicing centers.

NIO delivered 10,052 units (-22% MoM; +27 YoY), below our forecast. ET7 deliveries were below our estimates due to a supply shortage of casting parts which hurt deliveries by a few thousand units.

NIO's supply chain partner was producing well on track in May/June but then in July faced some headwinds including unfavorable weather and labor shortage/disruptions. It is unclear when the issue will be fully resolved but we would expect sequential improvement in August and then September to be back to normal levels.

The upcoming ES7 will use a different supply chain partner, therefore, will not be impacted by this particular constraint.

Zeekr delivered impressive July sales at 5,022, up from June's 4,302. Order intake was +10,000 with ASP ~335,000 RMB. We test drove the 001 in Oslo last month and found it to be a very appealing product with an unique style ("shooting brake" design). This could be helping the vehicle differentiate from the competition.