Tianqi Lithium attributed the big increase in its first-half results to the significant growth in sales volume and selling price of its lithium products. 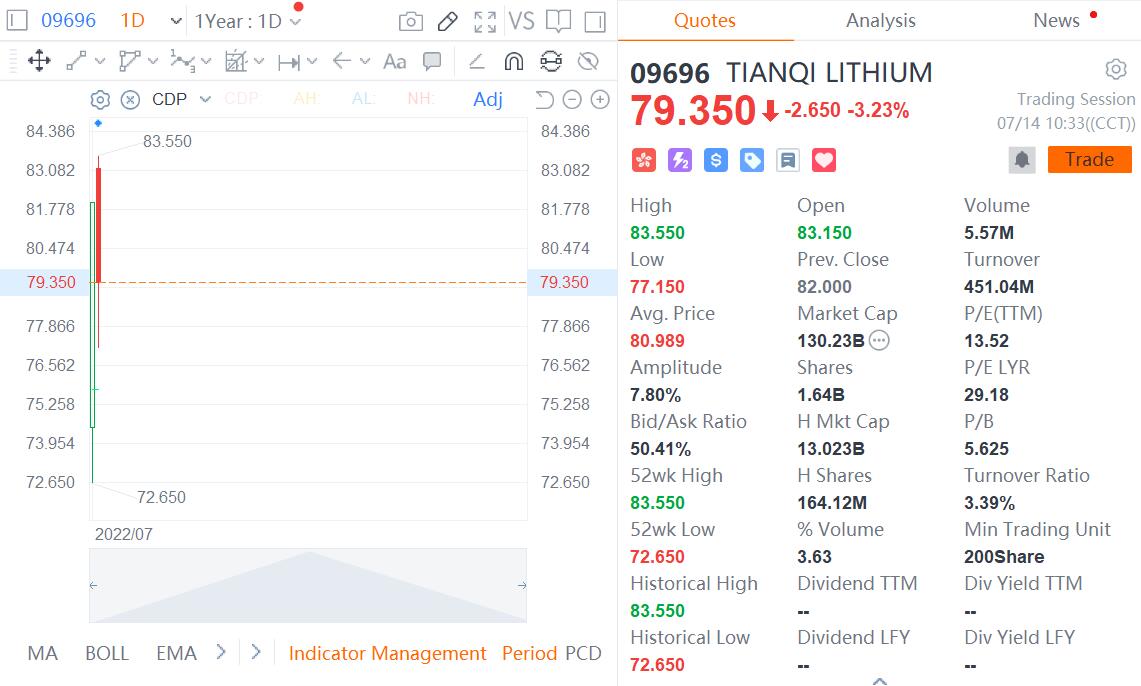 Tianqi Lithium expects the first-half net profit attributable to shareholders to be between 9.6 billion yuan ($1.4 billion) and 11.6 billion yuan, up 110 to 134 times year-on-year, the Shenzhen-listed Chinese lithium giant said in an exchange announcement today.

The company reported net profit after non-recurring gains and losses of 8.46 billion yuan to 10.4 billion yuan in the first half, up 434 times to 535 times from a year earlier. 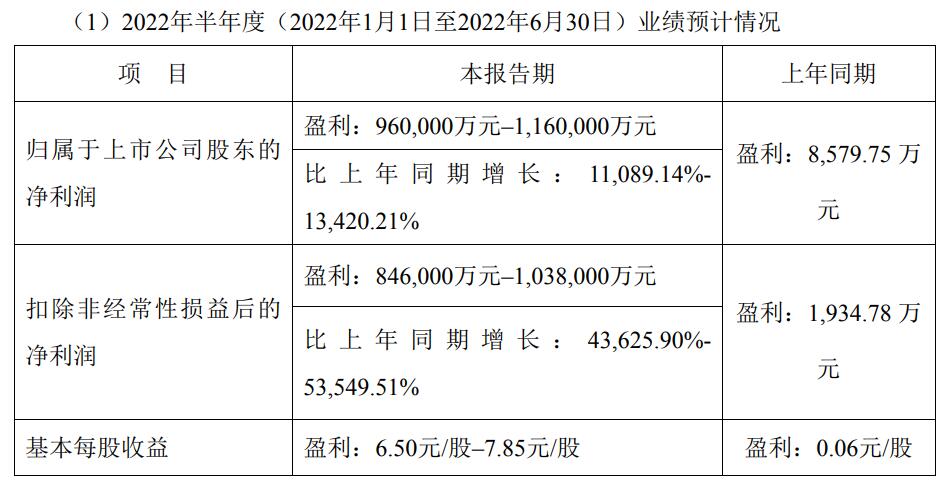 In the second quarter, Tianqi Lithium's net profit attributable to shareholders reached RMB 6.3 billion to RMB 8.3 billion, up 17.9 times to 23.9 times year-on-year and up 91 percent to 152 percent from the first quarter.

It reported net profit after non-recurring gains and losses of RMB 5.6 billion to RMB 7.5 billion in the second quarter, up 30.5 to 41.1 times year-on-year and up 99 to166 percent from the first quarter.

Tianqi Lithium attributed the big increase in the first-half results to significant growth in sales volume and selling prices of its lithium products.

The company expects operating income to rise sharply in the reporting period compared with the same period a year earlier, benefiting mainly from positive factors including an improved global NEV boom, accelerated capacity expansion by lithium-ion battery makers and a rebound in downstream cathode material orders, it said.

The listing of SES Holdings Pte Ltd, in which the company has a stake, on the New York Stock Exchange, and the investment income recognized by Tianqi Lithium also contributed to the increase.

In addition, its associate company Sociedad Química y Minera de Chile S.A. is expected to report significant growth in its interim results, and Tianqi Lithium recognized a significant increase in investment income in the company compared to the same period last year.

Tianqi Lithium was listed in Hong Kong on July 13, raising net proceeds of about HK$13.1 billion.

Its debut in Hong Kong did not impress investors, however, as it fell more than 10 percent at one point yesterday, though closing flat.

Despite its stunning profit forecast, Tianqi Lithium's shares fell today, down more than 3 percent in Hong Kong and more than 2 percent in the A-share market at press time.

Tianqi Lithium's wholly-owned subsidiary Chengdu Tianqi has signed an agreement with LG Chem to sell lithium hydroxide to the latter from January 1, 2023 to December 31, 2026, according to an announcement made on June 27.

Tianqi Lithium will deliver lithium hydroxide to LG Chem in batches according to its demand, and the unit price of the sales will be in accordance with the pricing mechanism agreed by both parties, the announcement said, without disclosing details of the specific pricing mechanism.