A subsidiary of Tianqi Lithium has signed an agreement with LG Chem to sell lithium hydroxide to the latter from January 1, 2023 to December 31, 2026.

Lithium resources are strategically important in the age of electric vehicles, and a South Korean chemical giant has just locked in supply from a Chinese company.

Tianqi Lithium's wholly-owned subsidiary Chengdu Tianqi has signed an agreement with LG Chem to sell the latter lithium hydroxide from January 1, 2023, to December 31, 2026, according to an announcement made today by the Shenzhen-listed company.

The signing of the contract facilitates a long-term relationship between the two parties and demonstrates LG Chem's recognition of the quality of the company's lithium compound products and production capabilities, Tianqi's announcement said.

The agreement also secures the company's continued supply of lithium hydroxide products in the future, enhancing the stability and sustainability of its future operations, Tianqi said.

LG Chem, a large business group of LG, is one of the world's leading suppliers of batteries for electric vehicles.

In late 2020, LG Chem spun off its battery business and created a separate company, LG Energy Solution (LGES), and had it listed in South Korea.

In the first quarter, global power battery shipments were 95.1 GWh, with LGES ranking second with a 15.9 percent market share, according to a report released last month by Seoul-based SNE Research.

CATL maintained its lead as the world's largest electric vehicle battery maker, with a 35 percent share in the first quarter, according to the report.

Back at Tianqi Lithium, the company is applying to list in Hong Kong, where it is expected to start trading on July 13, China Securities Journal reported in a June 24 report. 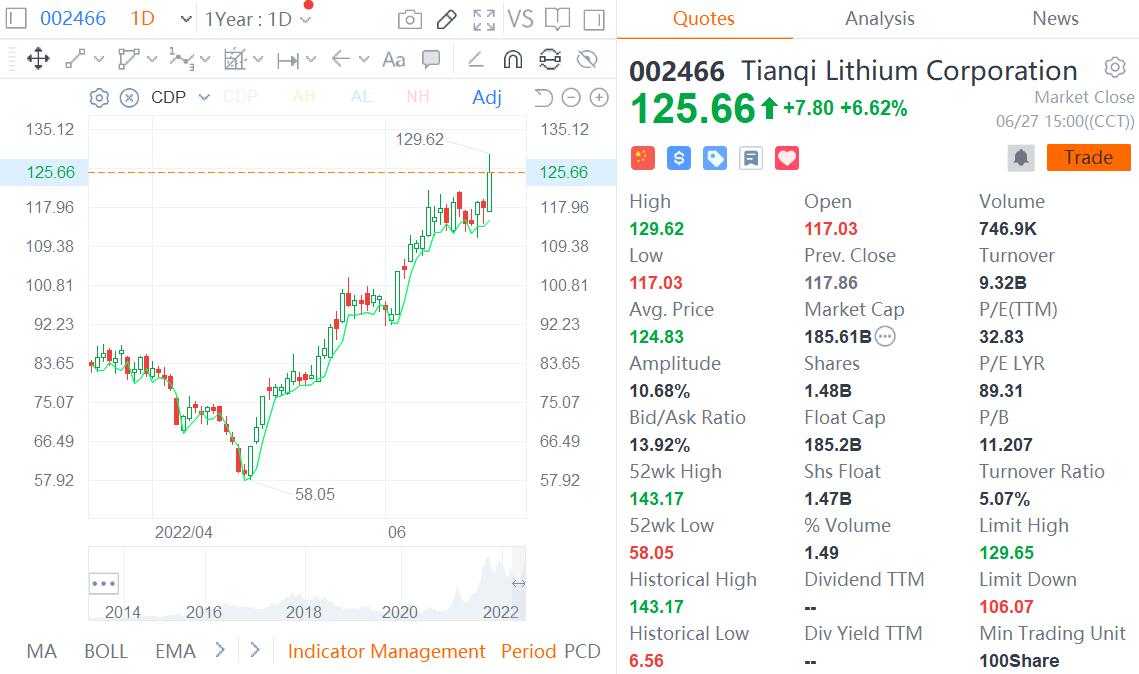