It was previously rumored that Tesla would participate in the share subscription for Tianqi Lithium, although this was not confirmed.

Chinese lithium giant Tianqi Lithium has set a timetable for its Hong Kong listing and is expected to set a price range for the offering on June 29 after completing a pre-road show for analysts today, China Securities Journal said.

The company will open its books and roadshow on June 30, complete pricing of the share offering on July 6 and officially begin trading in Hong Kong on July 13, according to the report.

However, it suspended the process due to falling lithium prices and the impact of financial constraints brought about by the company's $4.1 billion acquisition of a 23.77 percent stake in Chilean company SQM.

Between late 2019 and 2020, Tianqi Lithium's capital chain was once in crisis due to the huge loans it was carrying and the continued decline in lithium carbonate prices.

However, in the past year, the rapid development of the global electric vehicle industry has led to a significant increase in the price of lithium, a key raw material for batteries, allowing the company to see a significant improvement in its performance.

At the end of January, Tianqi Lithium resubmitted its listing application to the Hong Kong Stock Exchange, and on June 3, an announcement from it said its application for a Hong Kong listing had been approved by the China Securities Regulatory Commission, and that the rest of the process would depend on the regulatory authorities in Hong Kong.

According to an announcement by the Hong Kong Stock Exchange on June 19, Tianqi Lithium passed the hearing to list in Hong Kong.

There were market rumors that Tesla will participate in the subscription of Tianqi Lithium's shares for the Hong Kong listing, local media National Business Daily said in a June 10 report.

In response to a request for comment, Tesla sources said they were "unclear and had no response at this time," according to the report.

Shares of Tianqi Lithium, which trades in Shenzhen, are down 0.98 percent today. The stock has risen 98 percent since April 27. 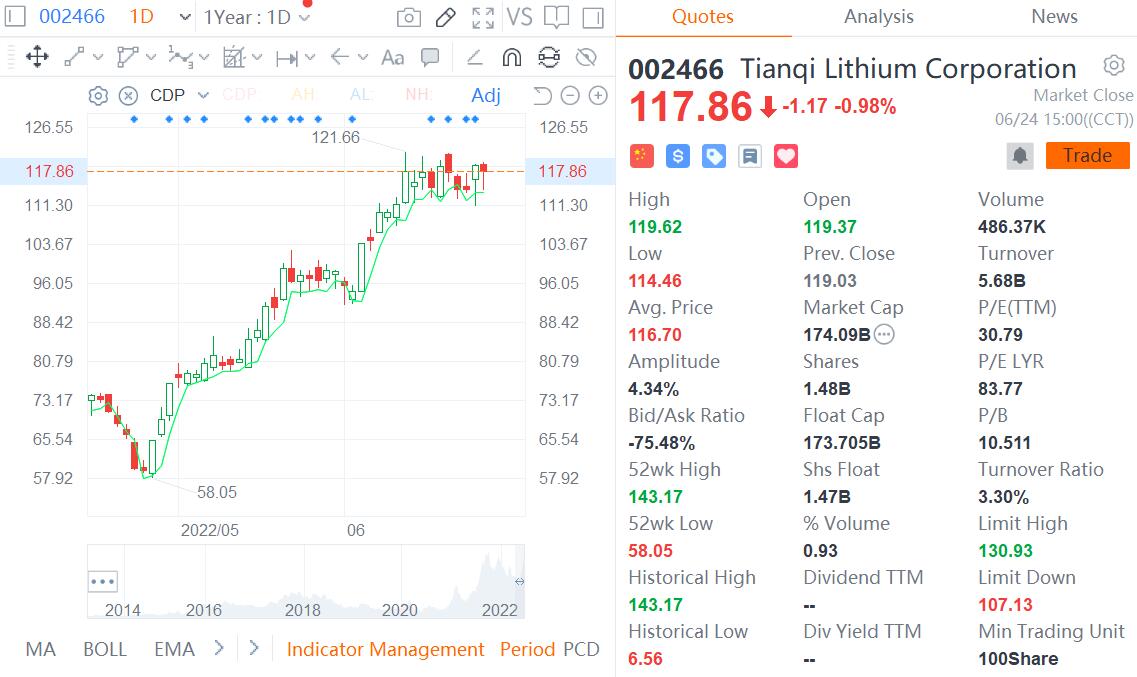