Ganfeng Lithium to buy Lithea, which has lithium resources in Argentina, for up to $962 million

Argentina's lithium resources are the target of a number of Chinese companies as battery makers seek access to key metal resources.

Ganfeng Lithium (SHE: 002460) plans to buy up to 100 percent of Argentina-focused Lithea for up to $962 million, the Shenzhen-listed Chinese lithium giant said in an exchange announcement Monday.

Lithea is a company incorporated on July 27, 2009 under the laws of the British Virgin Islands.

The company is principally engaged in the acquisition, exploration and development of lithium mining rights and its principal asset, the PPG Project, is a lithium salt lake project located in Salta Province, Argentina, comprising the Pozuelos and PastosGrandes lithium salt lake assets. 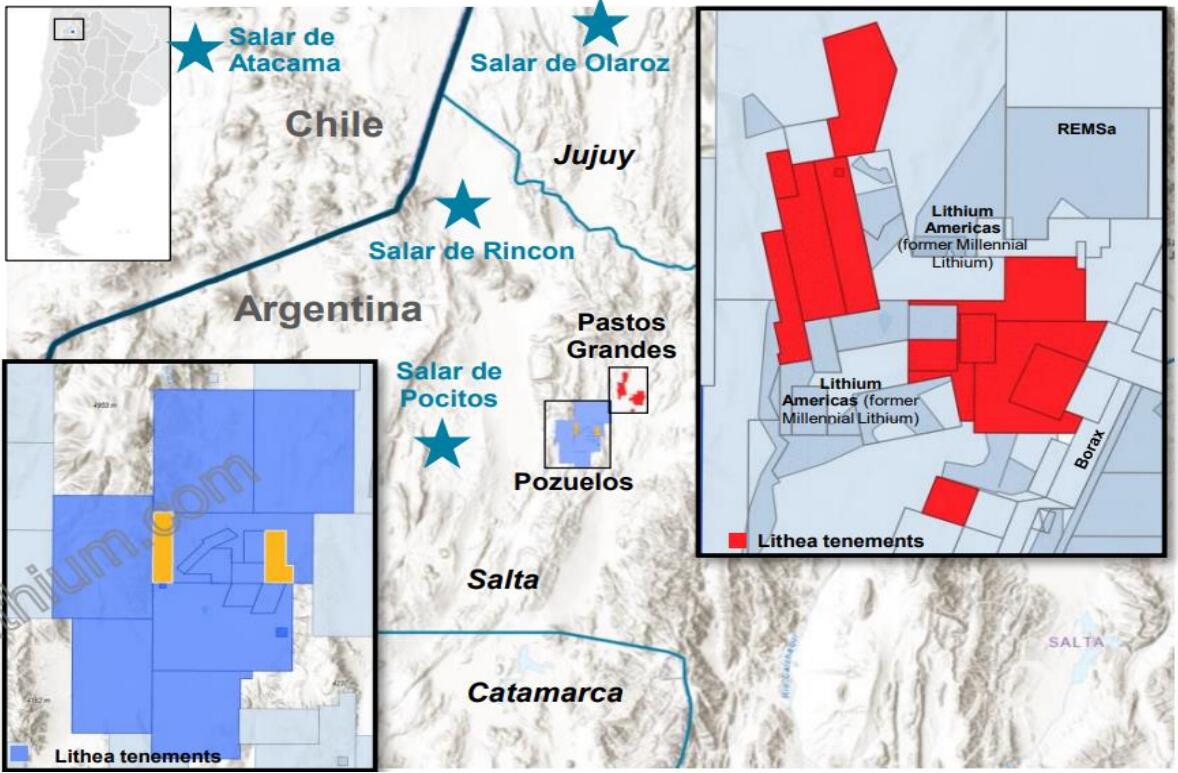 (The blue and red zones are the areas where the mineral rights related to the PPG project are located.)

The transaction will help the company further strengthen its upstream lithium resource layout and enhance its core competitiveness, which is in line with the company's upstream and downstream integration and new energy vehicle (NEV) industry development strategy, Ganfeng said.

Ganfeng is the latest Chinese company to seek access to lithium resources in Argentina.