China's central bank today cut its benchmark LPR rate for 5-year and above by 15 basis points to 4.45 percent. 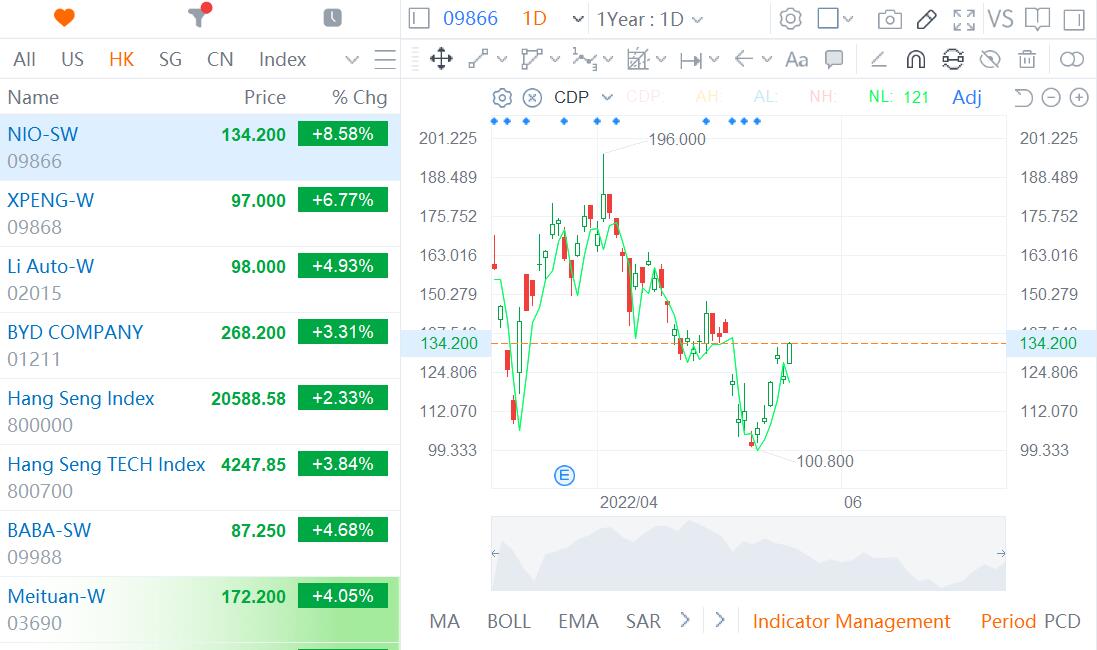 China's central bank - People's Bank of China today announced information on this month's benchmark interest rate, with the 1-year LPR (loan prime rate) at 3.7 percent and the 5-year and above LPR at 4.45 percent.

This means that China's short-term rate is unchanged, but the long-term rate - the 5-year and above LPR - has been cut by 15 basis points.

China's A-share market was also generally higher in early trading, with ChiNext Index up nearly 2 percent and the Shanghai Composite Index up more than 1 percent.

In specific company news, NIO successfully listed on the Main Board of the Singapore Exchange Securities Trading Limited today, becoming the first car company to list in three locations.

As in Hong Kong, NIO's move did not involve a new share issue and therefore did not result in new financing or equity dilution for investors.

XPeng will hold an event later today to offer two new color options for the G3i, as well as a customization option package, according to information previously shared by the company.

XPeng unveiled the G3i, a facelift of the XPeng G3, in July last year in an attempt to appeal to young people with a more youthful design language.

XPeng G3i deliveries began in September last year, and since then the company has categorized both the G3 and G3i as part of the G3 series when it releases delivery figures, with cumulative deliveries of 20,092 units as of the end of April.