After issuing a catalyst call on NIO earlier this month, Deutsche Bank's Edison Yu's team has updated it.

In a research note sent to investors on November 21, the team said NIO stock fell 9 percent last week, a performance that fell short of its Chinese peer XPeng Motors, which fell 3 percent, and Li Auto, which rose 1 percent.

"While we were clearly early with our Catalyst Call, underestimating several tactical factors," the team wrote, adding that they believe investor sentiment is nearing a bottom because of several reasons.

Here's what they wrote:

NIO announced Friday it completed its at-the-market offering, implying it issued about $800m worth of stock since 11/9.

Retail momentum has been favoring US-listed EV companies in our view as illustrated by large outperformance last week (LCID +26%, GGPI/Polestar +7% last week). While it is unclear how long this could continue, we think this could change going into NIO Day on 12/18 where the company can create much more excitement around its future products and technology.

China tech ADRs were broadly under pressure last week following weak results from internet e-commerce companies (KWEB - 7% vs. NASDAQ +2%); this appeared to spill over to China EV stocks but we emphasize the Chinese government continues to be super supportive of the industry and sales volumes are trending upward along with penetration.

NIO should report November monthly deliveries around 12/1 and we expect large MoM improvement to around 10k units vs. October's 3.7k.

Yu's team reiterated a Buy rating on NIO and a $70 price target.

The company announced after the market closed on Friday that it completed an at-the-market offering, raising gross proceeds of about $2 billion. Its stock rose 2.69 percent to $39.70 in after-hours trading following the news.

Deutsche Bank believes NIO's stock ready to catch up with its closest peers, here are the potential catalysts 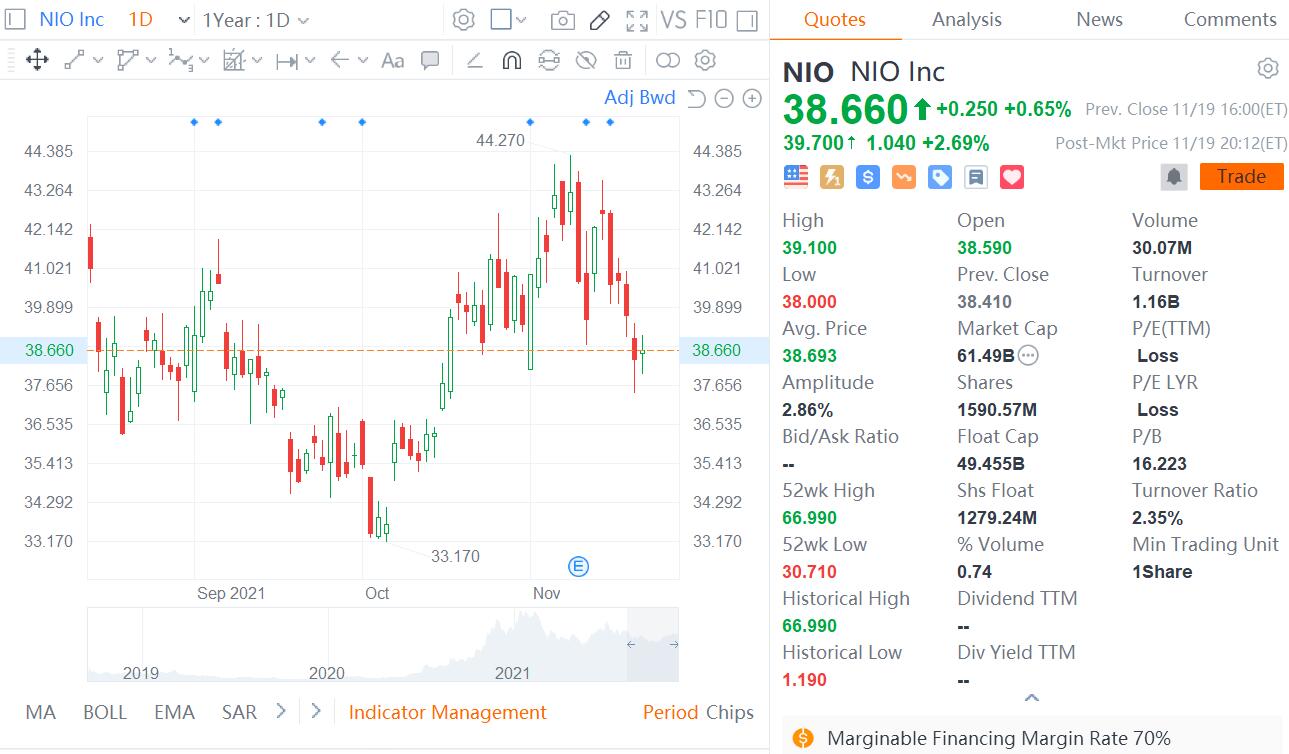