HSBC expects NIO's product cycle to pick up momentum in 2022 with new models.

HSBC lowered its price target on NIO from $69 to $47, maintaining its Buy rating.

NIO closed down 1.75 percent to $35.38 on Friday, and HSBC's latest target price implies about 33 percent upside, down from 95 percent previously.

However, the analyst expects NIO's product cycle to pick up momentum with new models in 2022.

In addition to existing SUVs, the company will launch several new models in 2022, including the ET7, a premium smart sedan, and a new brand aimed at the mass market, the note said.

Given the company's strong consumer appeal for this product and its brand equity in the premium EV segment, HSBC believes NIO's new vehicles are expected to drive sales growth in 2022 and boost month-over-month growth momentum.

The analyst's reduced price target is due to lower earnings estimates for 2021 and 2022, as well as increased competition in the premium electric vehicle segment.

HSBC believes supply chain bottlenecks will likely offset the upside in overall demand as they impact the company's sales more than previously expected. "We expect weaker sales in the medium term and accordingly lower our revenue forecasts for 2021, 2022 and 2023 by an average of 3 percent," the note said.

HSBC raised its 2023 earnings forecast for NIO by 14 percent as it believes the company's new models planned for 2022 and 2023 will drive sales growth and boost its scale effect.

NIO's deliveries in August fell from the previous month due to the severe impact of the Covid-19 on its supply chain, causing the company to lower its previous guidance for third-quarter deliveries.

NIO delivered 5,880 vehicles in August, up 48 percent year-on-year and down about 26 percent from July, according to the company's September 1 release.

Notably, NIO said at the time that September deliveries could set another monthly delivery record if supply chain issues do not worsen.

The company said the Covid-19 in August affected the company's production of about 2,000 to 3,000 units for the month, according to internal calculations. 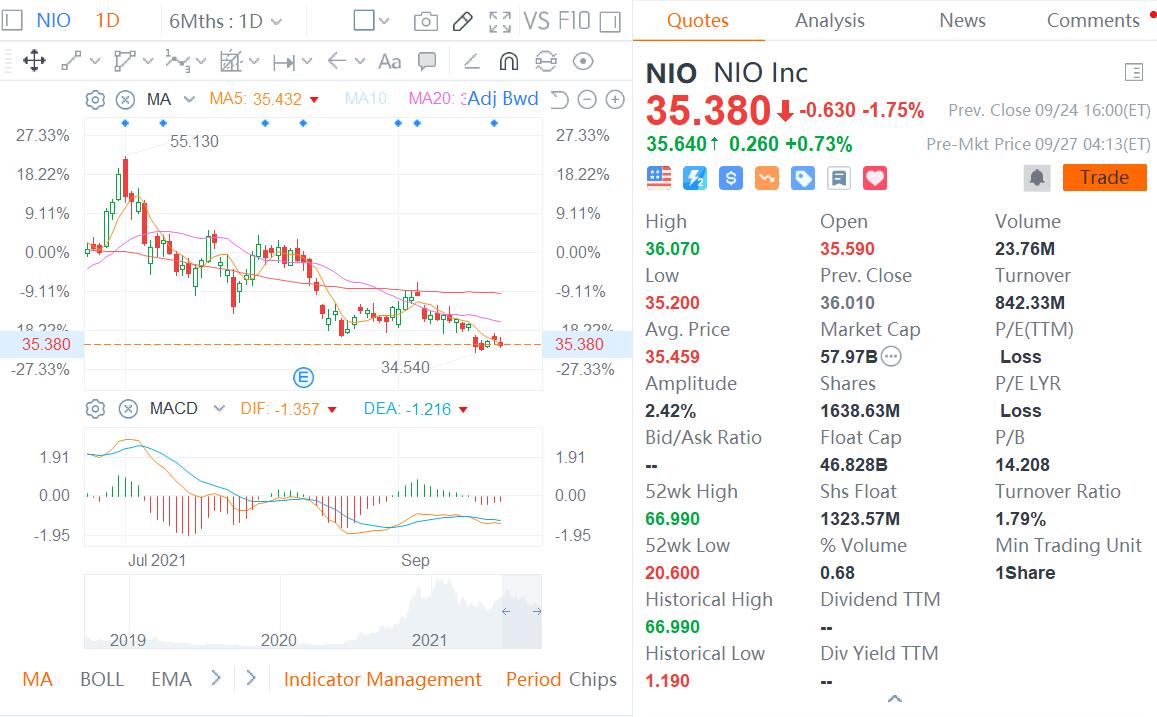