In a research note sent to investors on Friday, Yu's team maintained a Buy rating on XPeng and raised their price target by $1 to $51 to reflect their higher expectations for the company's future deliveries.

XPeng was down 0.61 percent to $40.62 in the US on Thursday, and this latest price target implies about 26 percent upside. 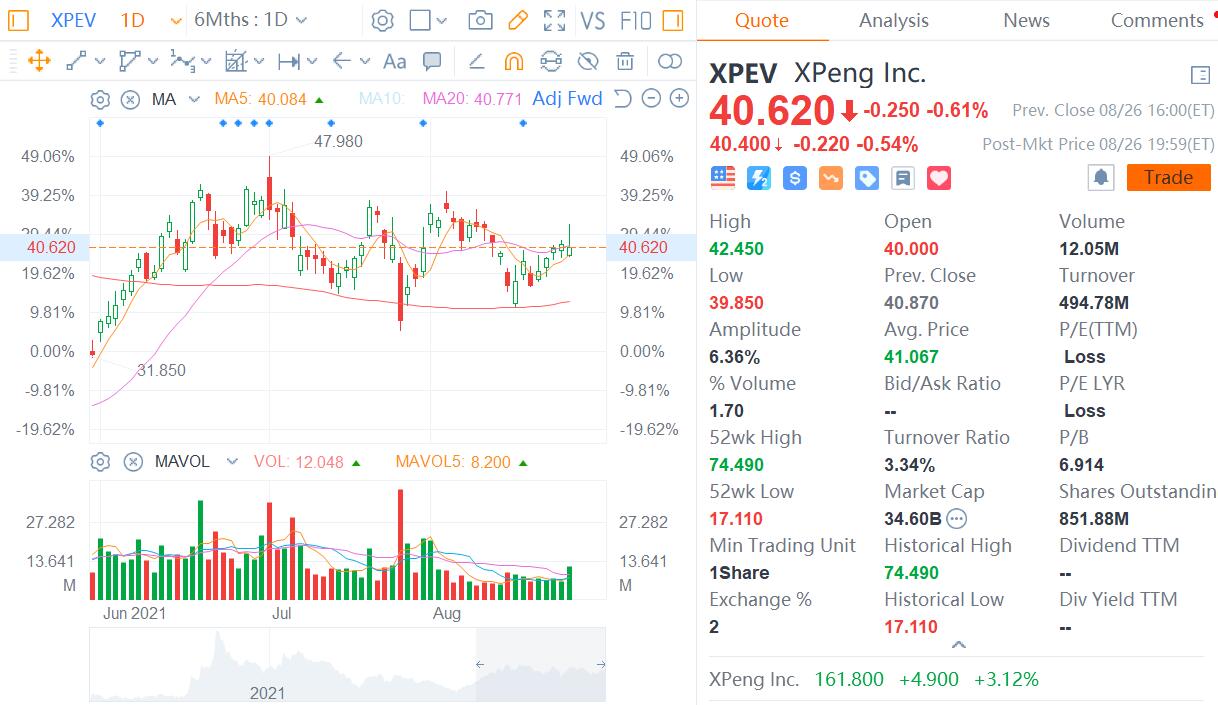 The price target corresponds to 6.5 times XPeng 2022E EV/Sales, a cut from the 7.5 times the team previously gave, to reflect a broader re-rate of Chinese ADRs in recent months.

"For the stock, we think it should outperform its peers in the near-term but may continue to get impacted by broader negative China ADR sentiment post the government crackdown. This could potentially be mitigated by its H-shares getting included in the SH-HK Connect later this year," the team wrote.

XPeng reported revenue of 3.761 billion yuan ($582.5 million) in the second quarter, above market expectations of 3.436 billion yuan, according to the company's unaudited financial report released Thursday.

The company reported EPS of RMB -1.38 for the second quarter, worse than analysts' expectations of RMB -1.08.

But in a post-earnings analyst call, XPeng chairman and CEO He Xiaopeng said the company is on track to reach 15,000 units delivered in a single month in the fourth quarter as the Zhaoqing plant further releases capacity.

The team believes that 2023 will be strategically the more important year for XPeng as the company launches its next-generation global vehicle platform and releases 2-3 new vehicles per year.

These vehicles will support at the very least XPILOT 3.0 capabilities and we think ultimately the offerings will converge on XPILOT 4.0 over time to streamline the user experience. XPeng will also develop a premium vehicle in the 300-400k range (vs. current focus on 150-300k range) or even higher, and even commented it could sell an eVTOL (flying car) in the 500k-1m price point.

Distribution-wise, management thinks it can optimize mix for local markets, suggesting to us that not every vehicle will be available in every market.