Home Tesla Tesla sells 18,318 vehicles in China in February, up 18 percent from January

Tesla sells 18,318 vehicles in China in February, up 18 percent from January

Tesla sold 18,318 vehicles in China in February, up 18 percent from 15,484 in January, according to data released Tuesday by the China Passenger Car Association. 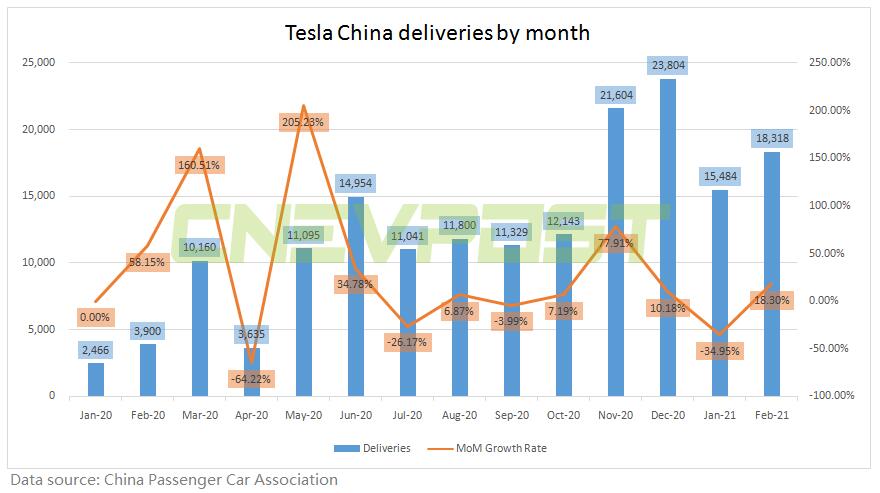 China's wholesale sales of new energy passenger vehicles reached 100,000 units in February, up 640.2 percent from a year earlier and down 39.5 percent from January, the data showed.

January-February is traditionally a slow period for the Chinese auto industry.

Previously released data from car companies including NIO, XPeng Motors, Li Auto, and BYD showed that their February sales were down significantly compared to January.

This is mainly because the Chinese auto market is traditionally slow from January to February, and the Chinese New Year holiday during this period can also cause large fluctuations in deliveries.