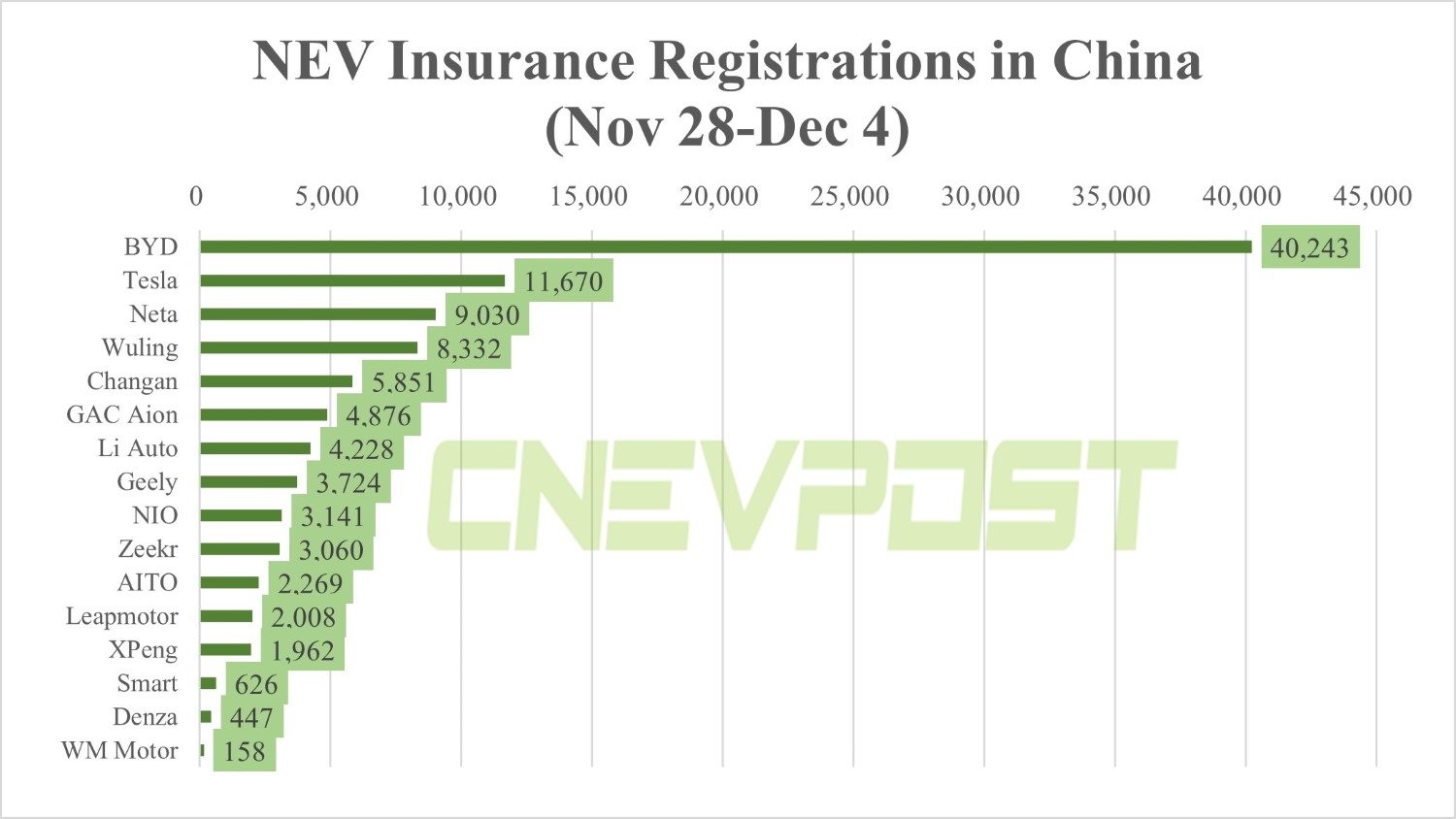 China's new energy vehicle (NEV) insurance registrations increased in the first week of December compared to the previous week, although the performances of major automakers were mixed.

Between November 28 and December 4, China's NEV sales were 129,000 units in terms of insurance registrations, up 36.7 percent year-on-year and up 5 percent from the previous week, according to figures shared by auto blogger Zhu Yulong on Weibo today.

Of those, sales of conventional internal combustion engine vehicles were 258,000 for the week, up from 243,000 the week before, but down 27 percent year-on-year.

It is worth noting that while weekly insurance registration figures are highly watched, they usually lag behind deliveries.

For some companies, the monthly insurance registration figures are not far off from the delivery figures, while some are not.

Neta vehicles had 9,832 insurance registrations in October, well below the 18,016 deliveries it posted for the month. This may be a result of a large number of vehicles being delivered to dealers, rather than consumers.

NIO delivered a record 14,178 vehicles in November, with the impact of the Covid disruption on its plants significantly lessening in November, according to data the company released on December 1.

The company will further accelerate production and deliveries in December, it said last week.

The company expects deliveries to increase significantly in December as production of its flagship SUV, the G9, ramps up under normal operating conditions.

XPeng's fourth-quarter guidance, announced on November 30, means it expects to deliver about 10,000 vehicles in December.

Li Auto delivered 15,034 vehicles in November, a record high for a single month, despite some disruptions to its supply chain that caused slight delays in deliveries of the Li L9 Max as well as the Li L8 Pro.