While this may be the act of just one dealer, it demonstrates the low acceptance Audi faces in the Chinese EV market. 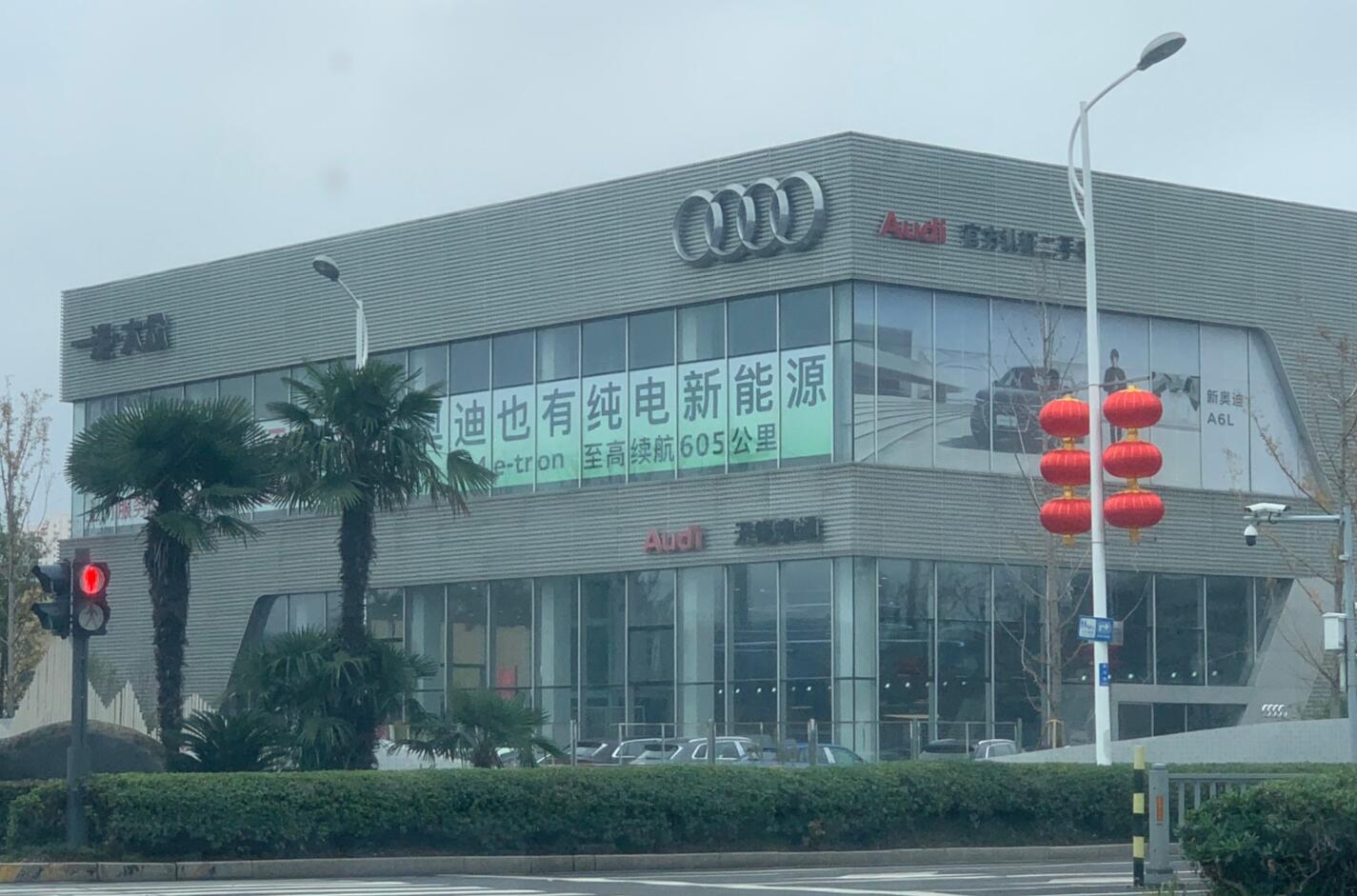 While this may be the act of just one dealer, it clearly demonstrates the struggles Audi's new energy models face in China.

One Audi dealership store placed a large billboard on its store with a green background representing new energy vehicles (NEVs), with text that reads:

The Q4 e-tron has a maximum range of 605 kilometers.

Sun Shaojun, founder of local car consumer platform Che Fans, shared an image that shows the message on Weibo on Sunday, with text indicating that the store appears to be located in Wuxi, Jiangsu province in eastern China.

Sun didn't share the image just to show that reality; the text he posted is more noteworthy.

A dealership for a leading joint venture brand wanted to open a large showroom in the heart of its city, but the operator of the property turned down the request because they thought the brand was unfashionable.

Although Sun did not mention the brand by name, the picture implies that the brand is Audi. 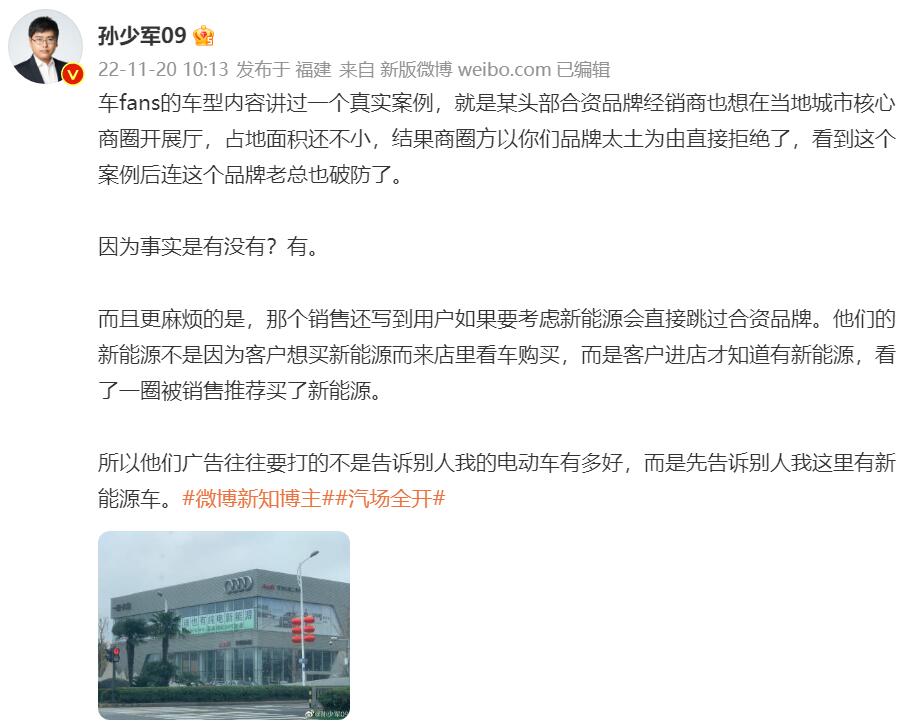 One of the brand's sales said consumers only came to the store to learn that they also had NEV models, according to Sun.

What they need to tell consumers is not how good their electric vehicles are, but that the brand also offers NEVs first, Sun said.

Audi's internal combustion engine vehicles are still selling well in China, with the Audi Q5, Audi A6 and Audi A4 selling 122,762, 100,340 and 122,369 units, respectively, from January to October, according to data released earlier this month by the China Passenger Car Association (CPCA).

But Audi is lagging far behind local Chinese automakers in its electrification transition.

In the CPCA's list of the top-selling NEV models in China, Audi's models never made the list.

However, Audi has not given up on its efforts.

In June, Audi started the construction of its first all-electric vehicle production base in Changchun, Jilin, which will be built on the PPE all-electric platform.

During the China International Import Expo (CIIE) in Shanghai earlier this month, Audi China President Jürgen Unser said that Audi will launch a total of six all-electric models in China by the end of 2022.

On November 8, Audi announced that the brand's exclusive charging stations will be launched in China this year, with the first stations to be officially put into operation by the end of the year, with charging power of up to 360 kW.