NIO will officially enter Germany on October 7. Over the next few days, the company will conduct final testing and calibration of the battery swap station. 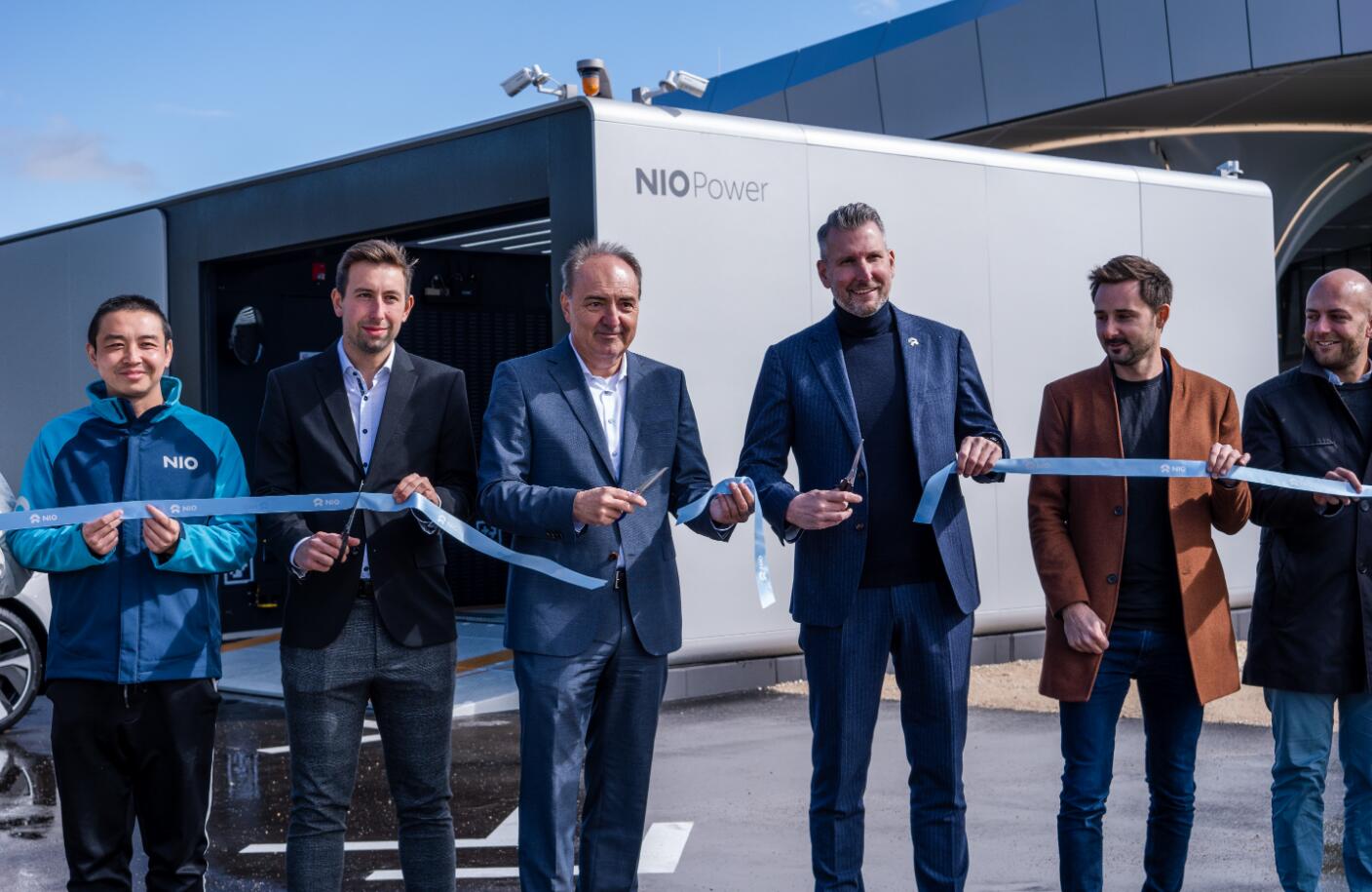 NIO's first battery swap station in Germany opened on September 28, before the Chinese electric vehicle (EV) maker will officially enter the home turf of Mercedes-Benz, BMW and Audi on October 7.

The battery swap station, located in Zusmarshausen, is a partnership between NIO and Sortimo, operator of one of Europe's largest and most modern charging parks, on the busy A8 motorway between Ulm and Augsburg, NIO announced Wednesday in the Norwegian version of the app.

Over the next few days, NIO will conduct final testing and calibration of the first battery swap station in Germany. 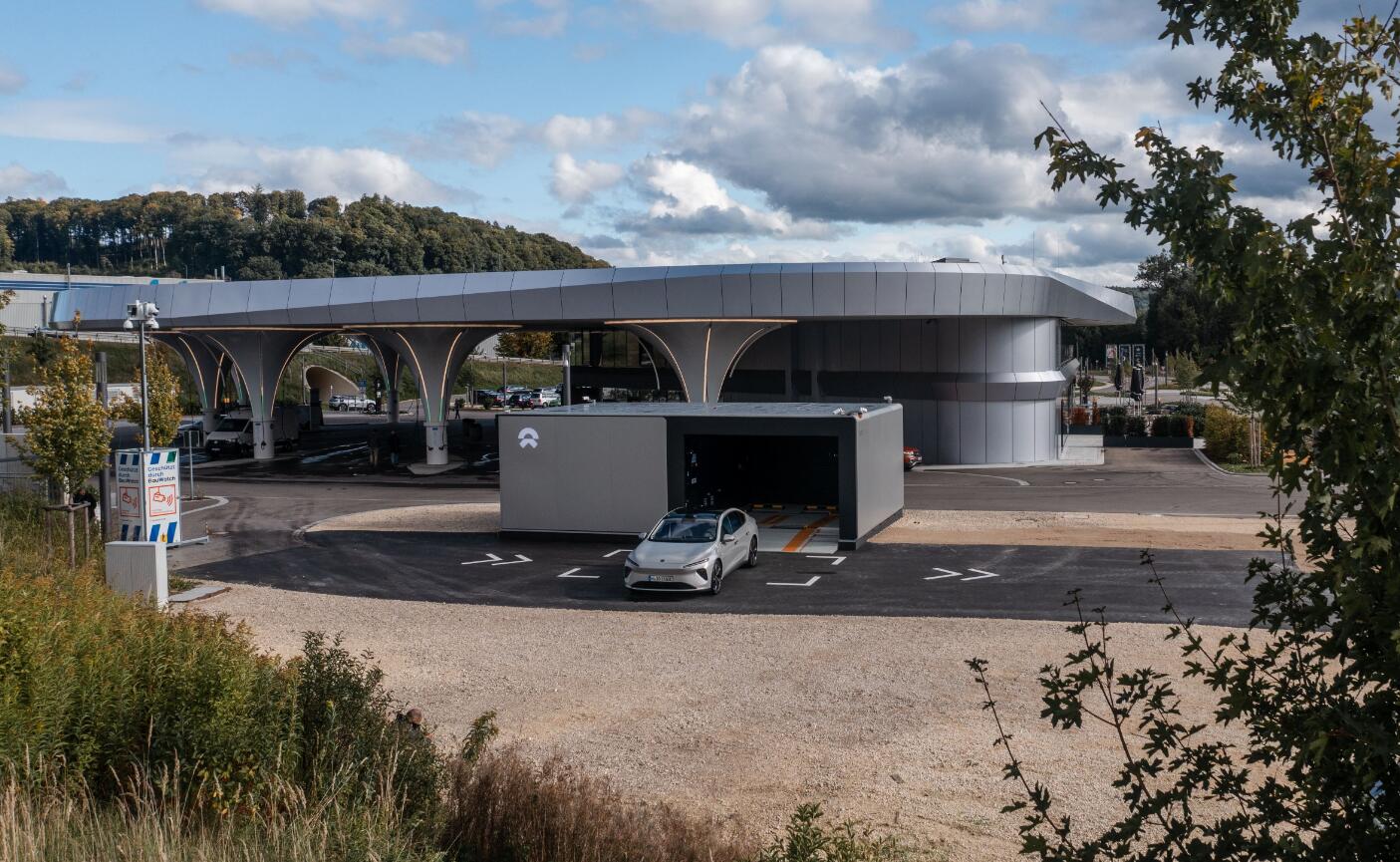 With the upcoming delivery of the first vehicles in Germany, NIO customers will soon be able to experience the revolutionary charging solution for themselves, including fully automated battery swaps, the company said.

The battery swap station project, which began in June 2022 with installation partner TSG Germany, has been completed after three months of construction.

The station is the size of two garages and will later be designed for up to 312 swaps per day. Up to 13 batteries are charged from 40 kW to 80 kW in a grid- and battery-friendly manner that does not cause typical grid peaks, NIO said. 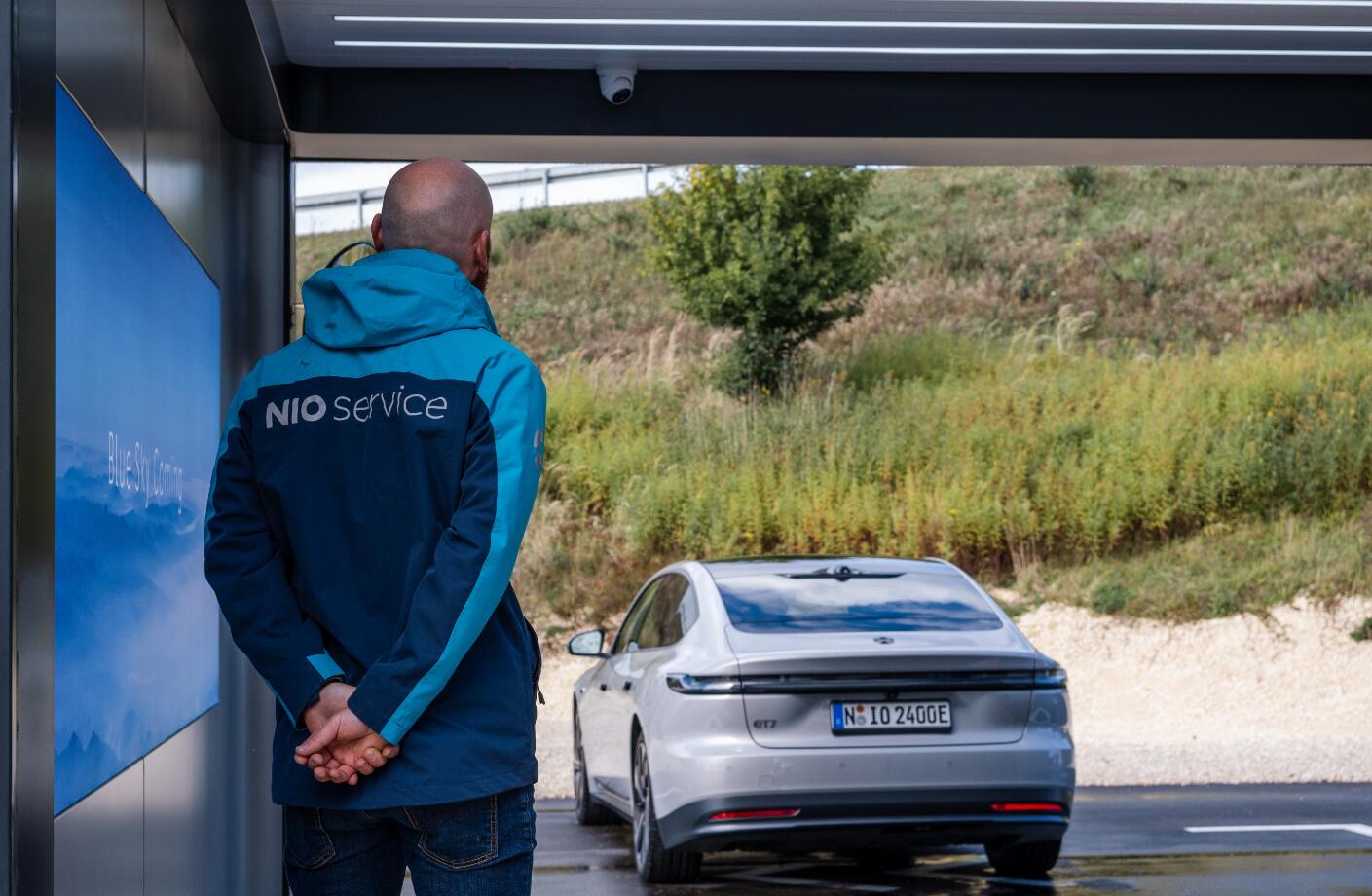 NIO did not explicitly mention it, but the swap station is the second generation of the company's product currently in use in China, holding up to 13 batteries, providing up to 312 services per day, and supporting automatic vehicle parking.

By comparison, the battery swap stations built by NIO in China prior to last April are first-generation products that hold up to five battery packs and have a maximum daily service capacity of 120 swaps.

In about five minutes, the vehicle's existing battery is replaced by a fully charged battery. With only 550 kW of connected power, NIO's battery swap stations allow users to enjoy an exceptional charging experience without putting undue strain on the local distribution grid, the company said Wednesday.

The condition of the battery and electrical system is carefully checked at each swap to ensure that both the car and the battery are in optimal condition. 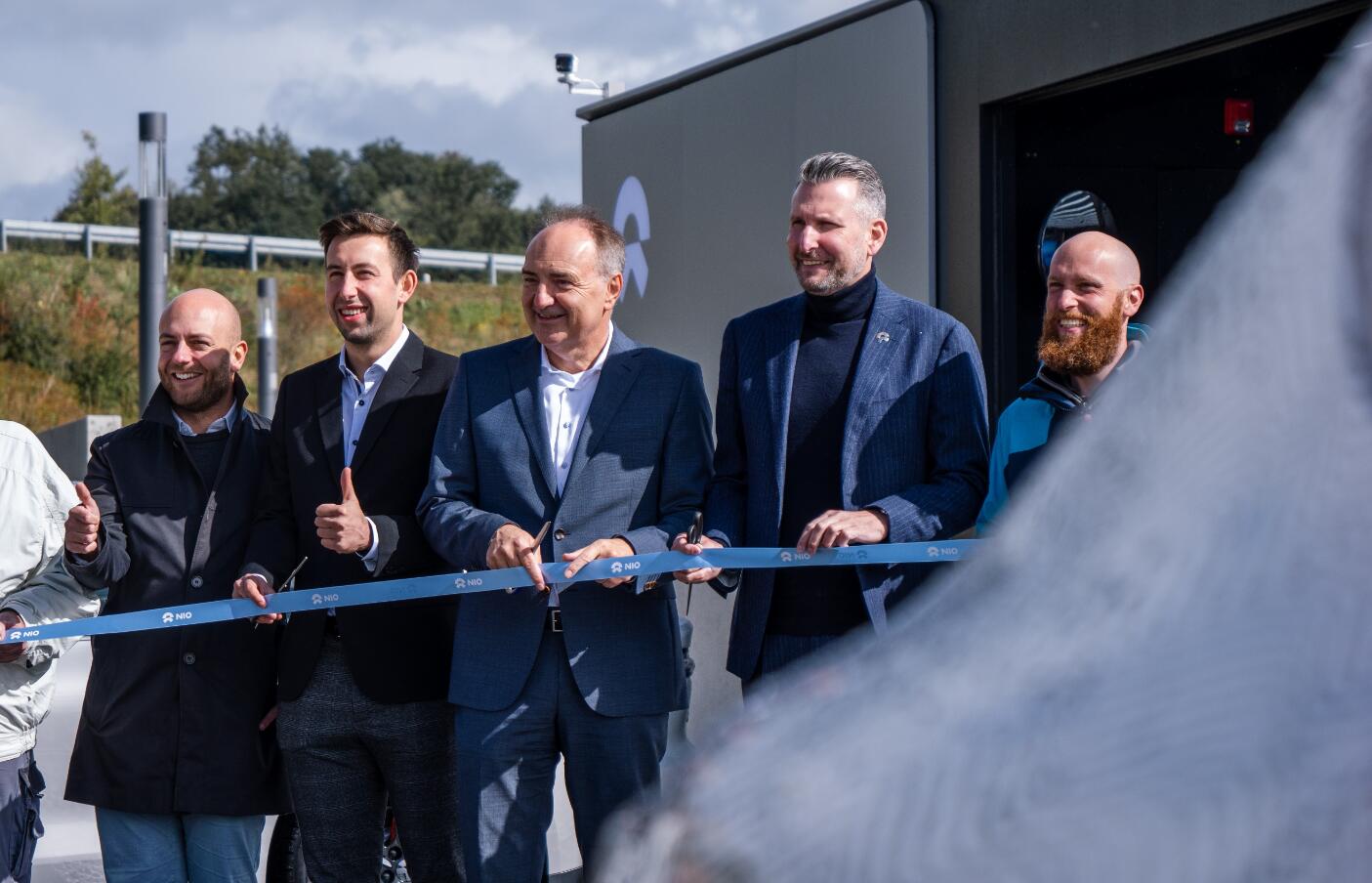 "This gives NIO users maximum flexibility: in addition to being able to switch to a different battery size at any time and thus upgrade the vehicle as needed in the future, thoughts concerning the life of their battery are a thing of the past," Kranz added.

Sortimo provided NIO with comprehensive support on all technical issues such as grid connection and planning with its specialist partners Steinbach, Dobler and KE ALM," said Daniel Medawar of the NIO Power team. 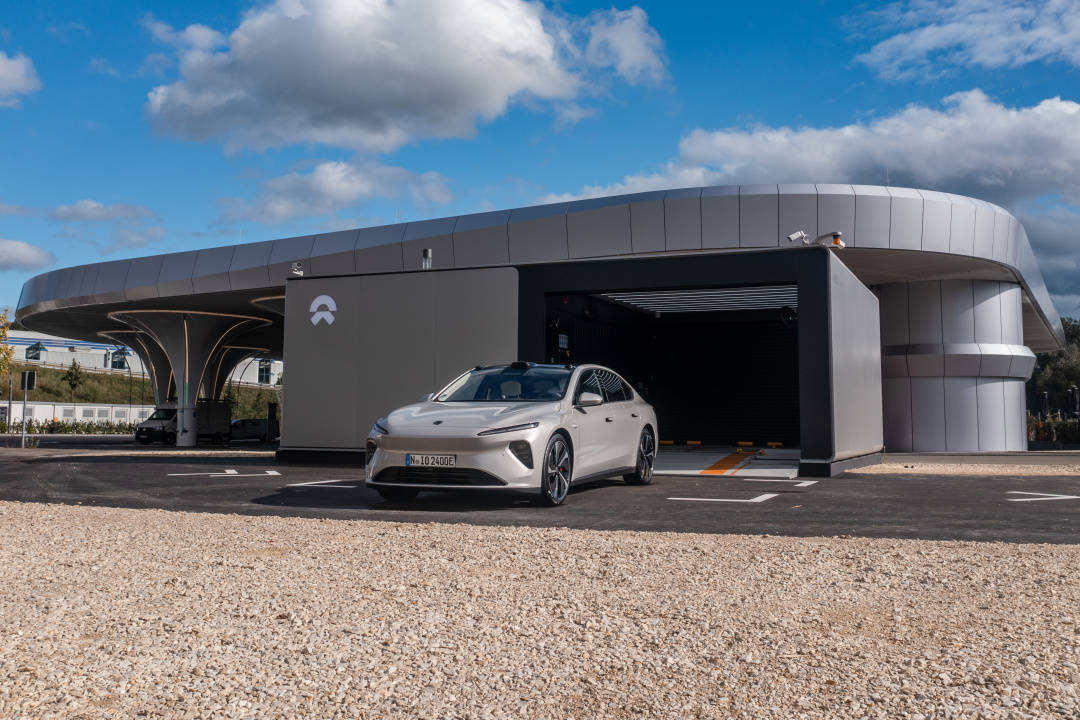 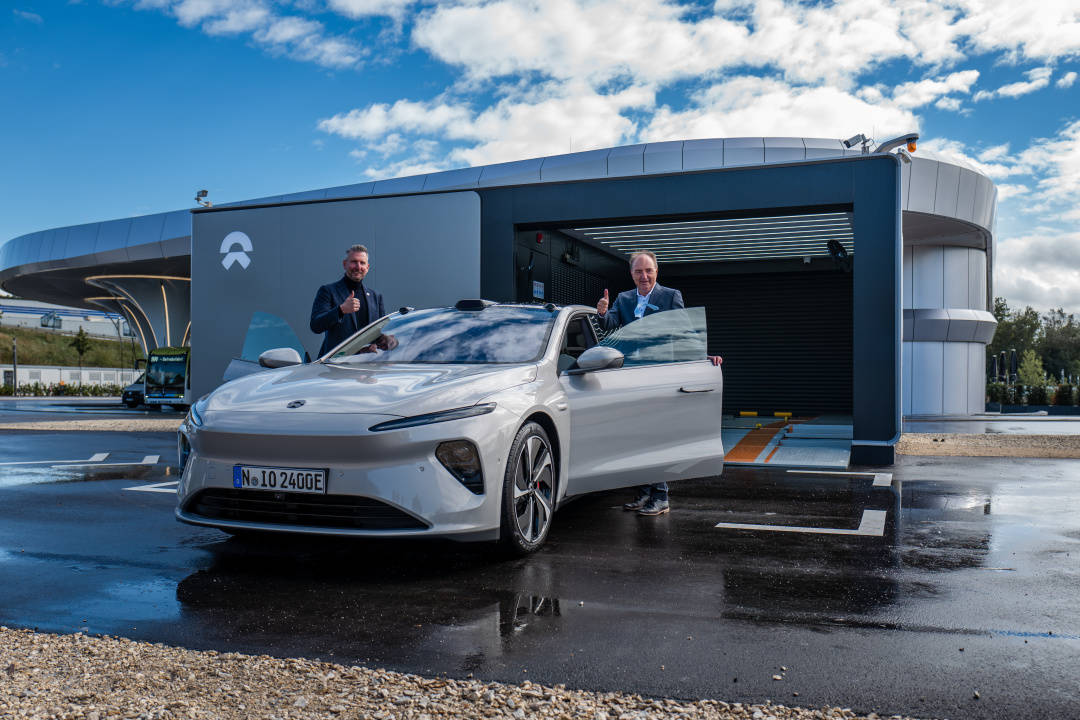 NIO is increasing its efforts in Europe and is expected to launch the ET7, ET5 and ES7 at the NIO Berlin 2022 event on October 7, local time in Europe.

The company has an NIO Power Europe Plant in Hungary that produces battery swap stations and saw the first station roll off the line earlier this month and it was shipped to Germany.

Later this year, NIO's integrated power services and vehicles will be available in Germany, the Netherlands, Sweden and Denmark, Qin added.

In China, as of September 28, NIO had 1,141 battery swap stations and 1,930 charging stations, according to data monitored by CnEVPost.