Li Auto has moved up the release of the Li L8 by one month and said it will launch and deliver the Li L7 in the first quarter of 2023. 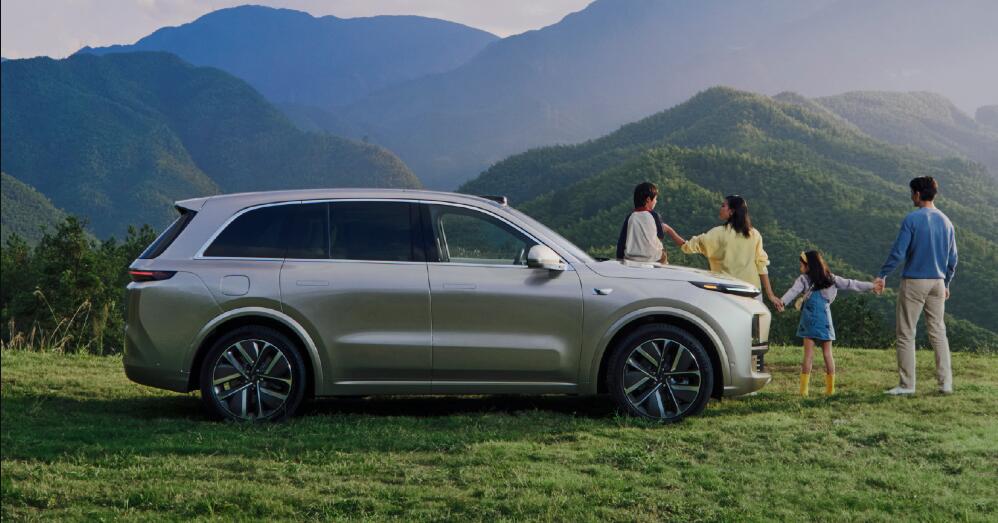 Li Auto has moved up the launch of its new extended-range electric vehicle (EREV), the Li L8, to next Friday instead of early November, as it loses potential Li ONE customers.

The launch of the Li L8 will start at 15:00 on September 30, and firm orders will be taken as soon as the price is announced, Li Auto said today on Weibo.

The Li L8 show cars will reach Li Auto's retail centers during the Chinese National Day holiday from October 1-7, and its deliveries will begin in early November, the company said.

That's a month ahead of Li Auto's originally planned pace, with the discontinuation of the Li L8's predecessor, the Li ONE, leading to the loss of some potential consumers.

On September 1, Li Auto announced that it would launch the Li L8 in early November and that deliveries would begin that month.

"The model will be available in two variants, a six-seater and a VIP five-seater, to broadly cater to diverse family groups," Shen Yanan, co-founder and president of Li Auto, said at the time.

On September 2, a number of Li ONE owners launched a collective complaint on Heimao, a consumer service platform owned by the portal Sina, accusing Li Auto of alleged fraudulent sales.

They said that Li Auto discontinued the Li ONE, but that salespeople did not tell them the truth when they purchased the cars.

On September 3, Li Auto said in a statement that the basic after-sales coverage for the Li ONE would not be affected by the release of the new SUV Li L8.

The statement did not directly mention that the Li ONE would be discontinued, although the official Securities Times report quoted Li Auto sources as saying that the news of the price cut and the upcoming discontinuation of the Li ONE was true.

The Li ONE will be officially discontinued in October, but its after-sales service will not be affected in any way after that, the source said.

Li Auto announced the Li L9 on June 21 and began deliveries on August 30.

The company didn't initially expect the Li L9 to cannibalize Li ONE sales, but the fact that it did surprise the company was likely the reason it accelerated the launch of the Li L8.

Li Auto is building a more complete and clear product lineup, with the L standing for the extended-range platform SUV range and the number size representing the model size class, the company said today.

Notably, Li Auto founder, chairman and CEO Li Xiang said earlier this month that the Li L8 will be available in 5-seat as well as 6-seat models, and they both offer Pro versions as well as Max versions as options.

SS Max is powered by Qualcomm's dual Snapdragon 8155 chips and has five screens, including the HUD, safe drive interactive screen and three 15.7-inch LCD screens in the front and rear.

Li L8 is sure to be the mid to large-size six-seat SUV of choice for families within RMB 400,000, Li Auto said.

Separately, Li Auto said in an article posted in its mobile app that the Li L8 is the next generation of the Li ONE, and that the company will continue to provide aftermarket coverage for its predecessor.

According to national standards in China, automakers are required to guarantee the production and supply of original aftermarket parts for their models for no less than 10 years from the time they cease production. Li Auto has set a higher bar for itself by extending that period to no less than 12 years, according to the article.

Li Auto will provide ongoing parts supply and repair for Li ONE owners with a lifetime warranty, it said.

The company will also offer ongoing OTA upgrades for the Li ONE to provide more features, such as mobile key sharing and Baidu Maps, it said.