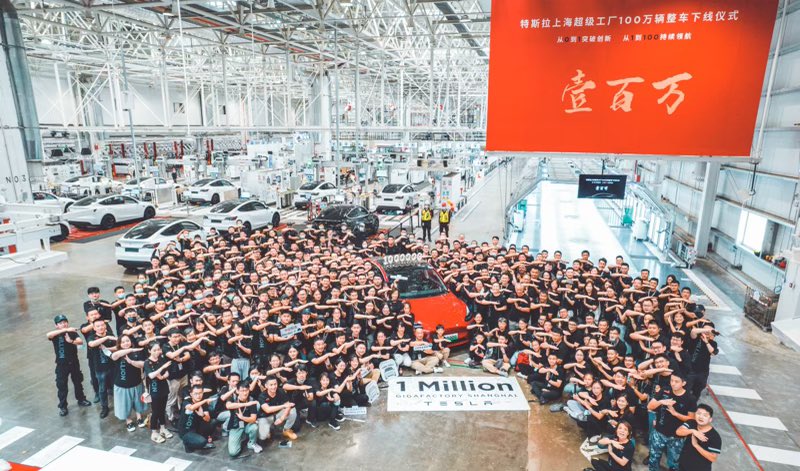 Tesla Giga Shanghai saw its one millionth production vehicle roll off the production line, less than three years after the plant began production.

Musk's tweet did not show on which day the milestone was reached, though Tesla's official Weibo post on Monday showed that Giga Shanghai's  1 millionth production vehicle rolled off the line on August 13.

The Tesla Shanghai plant project is the first wholly foreign-owned car manufacturing project in China and Tesla's first Gigafactory outside the US. It currently produces the Model 3 sedan and Model Y SUV.

In addition to these two factories, Tesla's factories in Berlin, Germany and Texas, US both have an annual capacity of over 250,000 units, and they currently only produce the Model Y.

According to several media reports, Tesla upgraded its production line at Giga Shanghai in late July to early August, and the annual capacity will be expanded to about 1.1-1.2 million units after the upgrade is completed.

As a result of that upgrade, Tesla China's production and deliveries plummeted in July.

Tesla China's wholesale sales in July were 28,217 units, down 64.24 percent from 78,906 units in June and down 14.41 percent from 32,968 units in the same month last year, according to data released by the China Passenger Car Association on August 9.