NIO's 1,000th swap station in China to be put into operation in Lhasa

NIO will hold the NIO Power Day 2022 event online later today, which is expected to provide an update on its plans to build its replenishment facilities.

NIO has yet to make an official announcement, but an image shared by well-known automotive blogger @肉肉爸比ev on Weibo shows NIO preparing for the launch of the battery swap station in Lhasa. 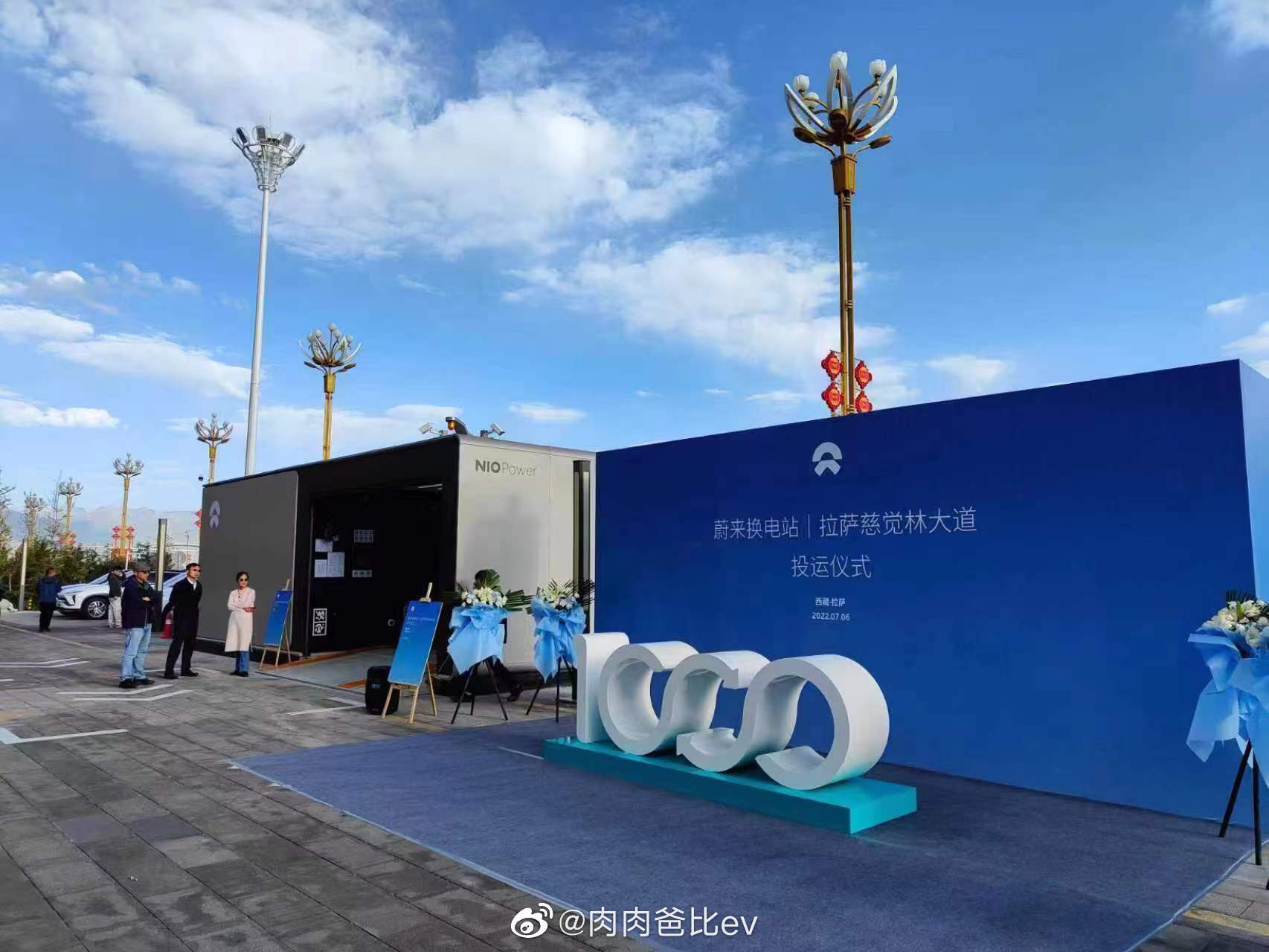 The company has previously announced that it plans to have more than 1,300 battery swap stations, more than 6,000 supercharging piles, and more than 10,000 destination charging piles in China by the end of 2022.

"We will be live-streaming the event to show how NIO Power is working further toward the vision of making powering up easier than refueling," NIO said in a post on its app yesterday, without giving any further details.

At the inaugural NIO Power Day event last July 9, the company said it aims to have more than 4,000 battery swap stations worldwide by the end of 2025, with 1,000 in overseas markets.

Notably, in overseas markets, NIO currently has only one battery swap station in Norway.

NIO announced plans last year to build battery swap stations in five Norwegian cities, with the goal of 20 such facilities in Norway by the end of 2022.

As for Lhasa, CnEVPost reported last year that Tesla has built a new Supercharger station in this sunlight-rich city, which utilizes solar power generation and storage systems to achieve an efficient cycle of clean energy.