This is another major annual event for the company in addition to NIO Day, which is expected to provide an update on NIO's plans to build its replenishment system.

NIO will hold its NIO Power Day 2022 event online at 15:00 Beijing time on July 6, and those interested can watch the live stream via the NIO app, the company's Weibo, WeChat, Douyin, and Bilibili accounts, a poster it released today shows. 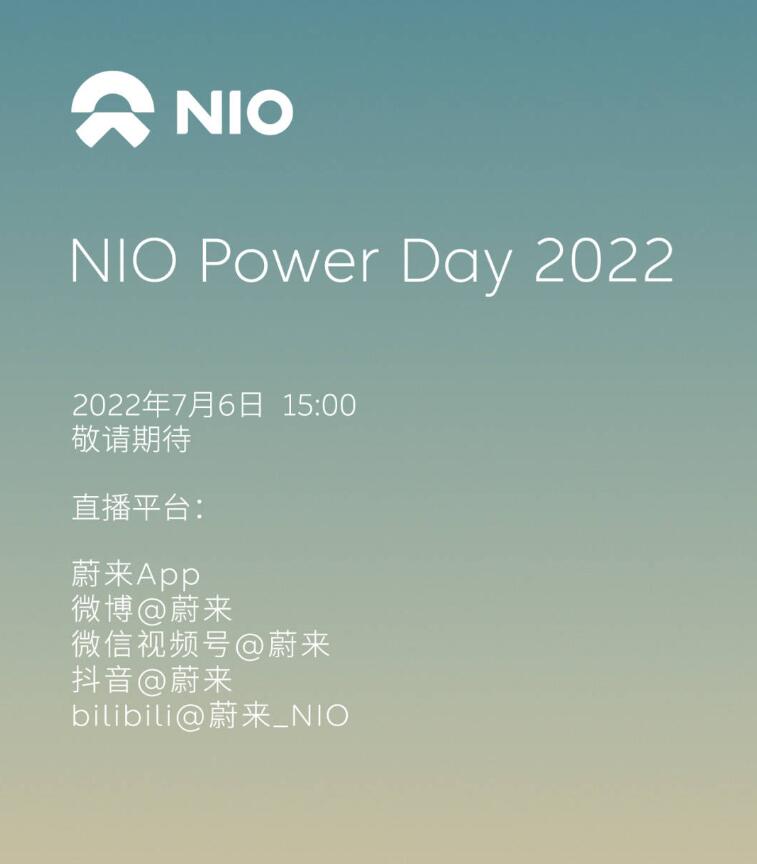 "We will be live-streaming the event to show how NIO Power is working further toward the vision of making powering up easier than refueling," NIO said in a post on its app, without giving further details.

This will be the company's second NIO Power Day event, coming at a time when it has reached 10 million battery swap services and 998 battery swap stations.

Notably, this will also be the second major online event NIO has held this year, following the launch of the ES7 on June 15.

Last July 9, NIO held the first NIO Power Day in Shanghai to share the development of its energy replenishment system, NIO Power, and its technology as it reached its third anniversary of providing services.

Last year at this time the Covid situation in China was in a state where there was basically no need to worry, but this year's new outbreak has made it difficult to hold offline events properly.

The naming of NIO Power Day is somewhat similar to its most important annual event, NIO Day, highlighting the importance NIO attaches to it.

NIO announced at last year's event that it raised its goal for the number of battery swap stations from 500 to 700 by the end of 2021.

The company also announced then that by the end of 2025, NIO will have more than 4,000 battery swap stations worldwide, including 1,000 in overseas markets.

The company is expected to provide further updates on these plans at tomorrow's event, and its 1,000th battery swap station is also expected to be in operation.

The system was first conceived four years ago, and the battery swap station was debuted on NIO Day on December 16, 2017.

On June 28, 2018, the NIO Power service was officially put into operation.

To date, NIO has 998 battery swap stations in China as well as 895 supercharging stations, according to data monitored by CnEVPost.