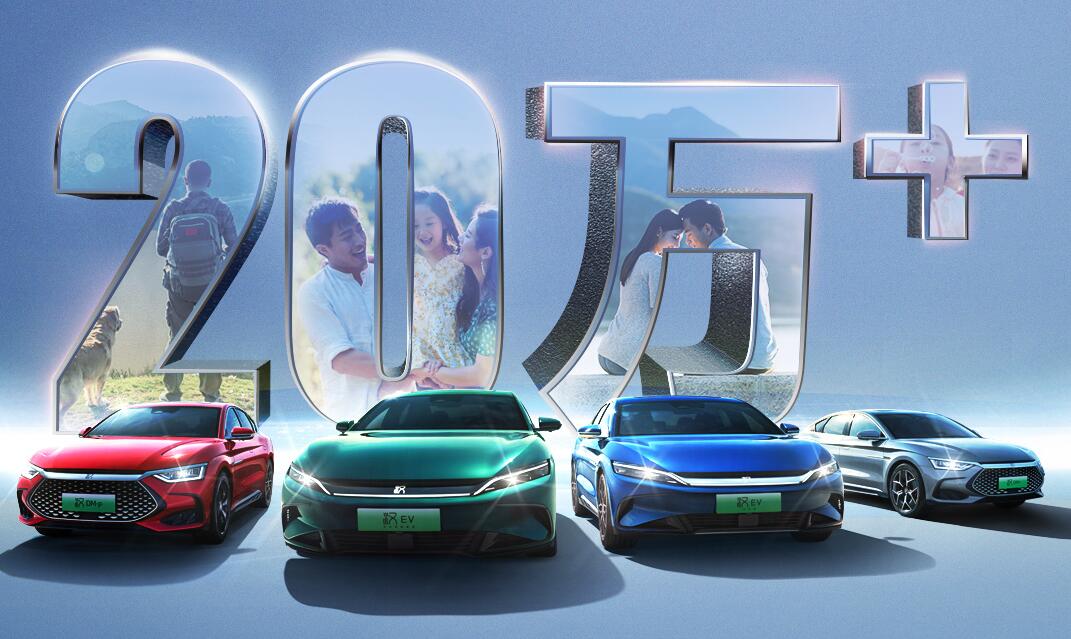 The BYD Han originally went on sale in July 2020, when an all-electric version, the Han EV, and a plug-in hybrid, the Han DM, were offered.

BYD launched the Han DM-i and Han DM-p models on April 10 on top of the Han DM, with a combined range of up to 1,300 kilometers.

BYD also offered new options for the EV model last month, including the Han EV founding edition and a green limited edition with a price range of RMB 269,800 - RMB 329,800.

On the evening of April 10, BYD said these new variants of the Han received 48,136 orders in the six hours after launch.

The Han family sold 12,359 units in March, up 20 percent year-on-year and up 33 percent from 9,290 units in February, according to data released by the company in early April.

Cumulative sales of Han family models since their launch were 192,650 units at the end of March, data monitored by CnEVPost showed. 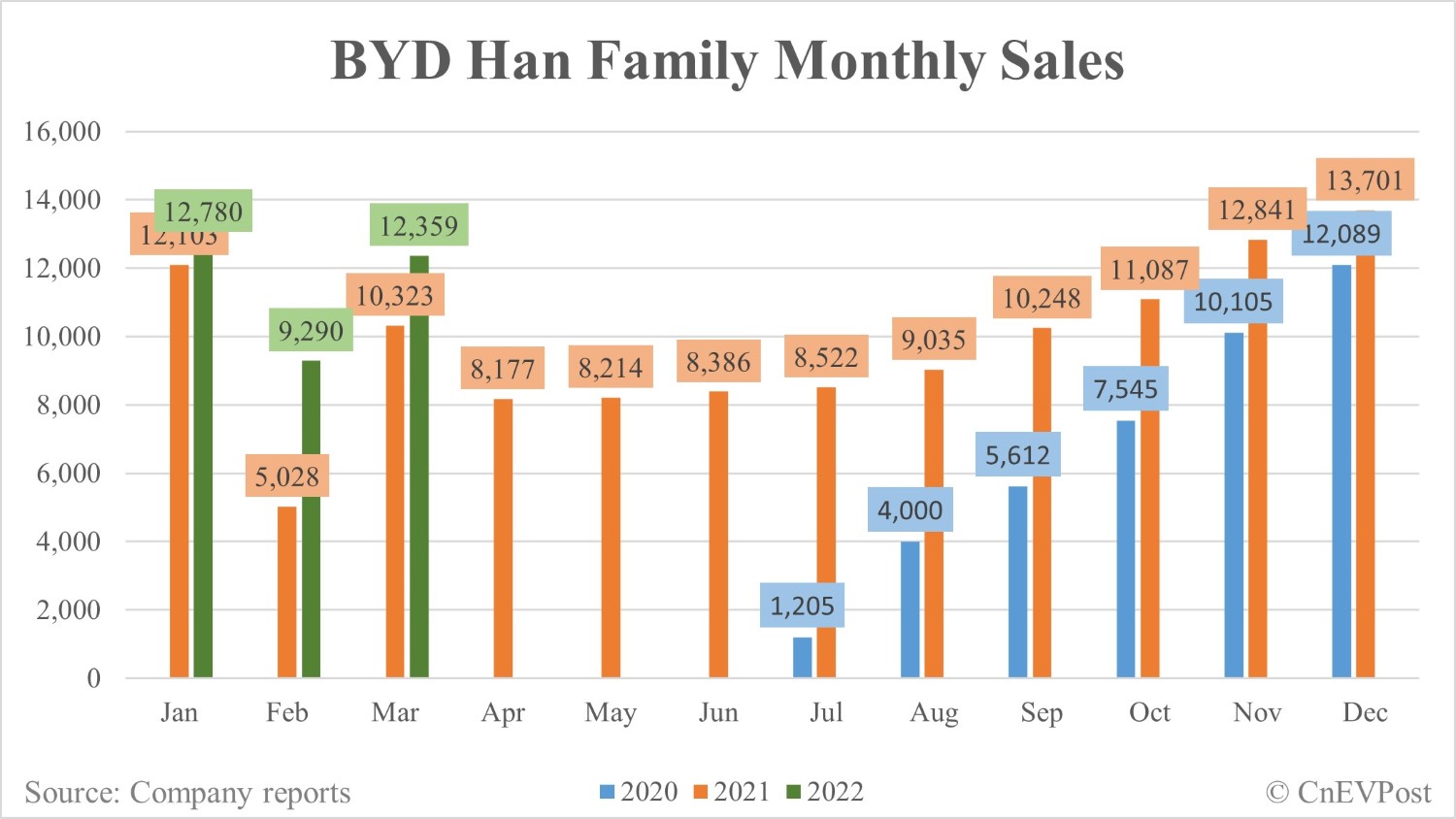 When the sales figure was announced early last month, BYD said that it had stopped production of internal combustion engine vehicles from March 2022, saying it was based on strategic development needs.

BYD's sales figures for April are not yet available and are expected to be released next week.