The company reportedly plans to raise up to $1 billion through its listing, becoming China's fourth EV startup to float shares in Hong Kong.

This article by Ken Lo was first published on The Bamboo Works, which provides news on Chinese companies listed in Hong Kong and the United States, with a strong focus on mid-cap and also pre-IPO companies. 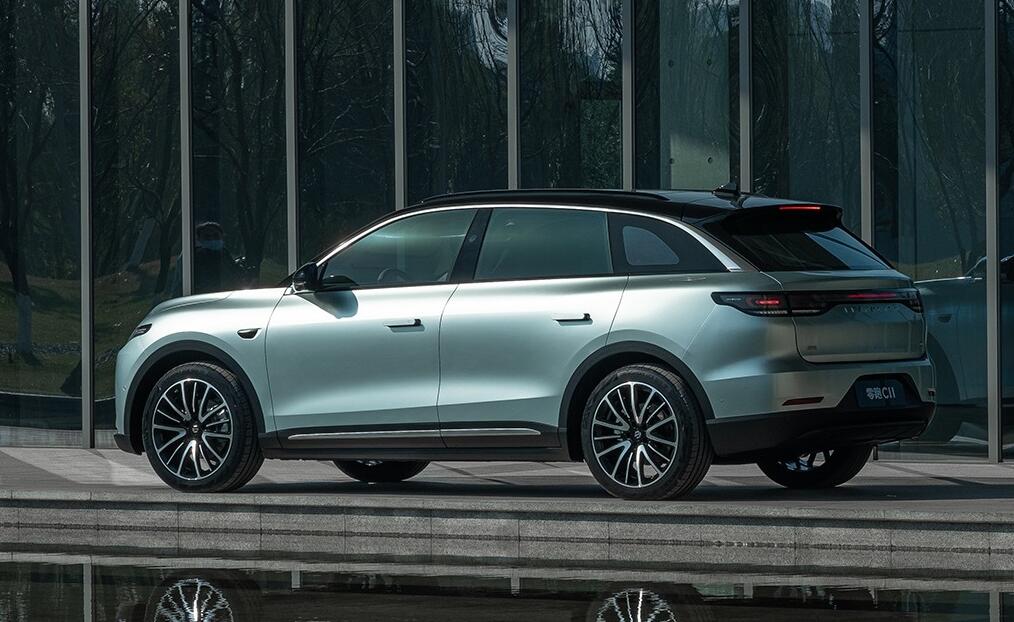 Leapmotor plans to go public in Hong Kong, becoming the fourth Chinese electric vehicle startup to list on the exchange.

The money-losing company is trying to shift gears from making mini EVs to more traditional sedans at the mid- to high-end of the market.

Whereas XPeng, Li Auto and NIO all first listed in New York and later made secondary IPOs in Hong Kong, Leapmotor is setting its sights squarely on Hong Kong.

Established by defense technology company Zhejiang Dahua Technology (SHE: 002236) and its leading founders in 2015, Leapmotor is like most of its peers in having yet to turn a profit.

Last year it reported operating revenue of 3.13 billion yuan ($492 million), five times the figure from the previous year. Its loss for the year grew by 159% to 2.85 billion yuan. Word on the street says the company plans to raise $1 billion from its new listing.

The capital and technology intensive nature of EV design and manufacturing requires substantial up-front investment and long periods to reap returns. As a result, one of the biggest tests of an EV startup's viability its ability to secure funding.

According to a business information website, Leapmotor raised a relatively modest total of just 12.06 billion yuan from 2016 to 2021, suggesting a desperate need for more financing to successfully compete in a sector where projects often require hundreds of billions of yuan in up-front investment.

The second was the T03, which debuted in May 2020 and carried a substantially lower subsidized price between 69,800 and 84,900 yuan, with the result that it reported handsome sales.

Last year, the company sold a total of 43,748 vehicles, up 4.4 times from 2020, mostly thanks to the sale of 39,149 T03 models. But the T03 is a mini car, giving it relatively little value for Leapmotor's profitability and branding among more traditional sedans where it wants to compete.

Accordingly, the company plans to focus on middle- and high-end EVs priced at between 150,000 yuan to 300,000 yuan. The C11 represents the company's first attempt to move in that direction.

Pure EVs like the ones Leapmotor and many of its listed peers now make accounted for 82% of China's new energy vehicle (NEV) market last year, and are expected to be the predominant force going forward.

According to market research cited in Leapmotor's prospectus, China's NEV sales are expected to grow at a compounded annual rate of 42.9% from 2020 to reach 10.06 million by 2026, representing 43.9% of the global market.

Such strong prospects are clearly the driving force behind Leapmotor, as well as its many homegrown rivals and global giant Tesla (TSLA.US).

Leapmotor plans to invest the money from its IPO to develop smart EVs, enhance its production capacity and build its brand, the prospectus shows. It plans to start delivering a medium- to large-sized model called the C01 in the third quarter of this year.

Created on the same platform as the C11, the C01 is five meters long, can reach speeds of 100 kph in just three seconds and has a range of 700 kilometers. Leapmotor hopes the model's technological edge will be its key selling point among mid- to high-end EVs.

The company plans to unveil one to three new models every year, with the goal of bringing eight to the market by the end of 2025, including sedans, SUVs and MPVs of different sizes, according to the prospectus.

As a result of its continual high development costs, Leapmotor's R&D expenditure jumped 156% last year to 740 million yuan, equivalent to 23.6% of its total revenue. Such spending is on par with levels seen at the other three EV makers listed in Hong Kong.

The recent rapid rise of China's NEV market largely reflects strong consumer demand for vehicles with smart technologies, as well as strong government support for such clean vehicles. Combined with steady improvement of charging infrastructure and growing market acceptance, such vehicles are expected to enjoy a bright future.

But the path isn't all roses, as the sector has had to deal with challenges like pandemic-related supply chain disruptions and increasingly meager subsidies as Beijing tries to let the companies stand on their own.

A more immediate headache is surging raw material prices, driven by a combination of geopolitical factors and surging demand. Prices of battery materials like copper, aluminum, cobalt and nickel are heading skyward, compelling seven brands to recently raise prices for their NEVs, some by as much as 30,000 yuan.

To estimate Leapmotor's potential post-IPO valuation, we can look at price-to-sales (P/S) ratios of the other three companies, Li Auto, XPeng and NIO, which stand at around 6.5 times, 8.8 times and 8.3 times, respectively.

Using an average P/S ratio of 7.9 times for those three and given its 3.13 billion yuan in revenue last year, Leapmotor can expect a valuation of 25 billion yuan, which would be around 14% higher than the 22 billion yuan it secured after a fundraising round in last year's third quarter.