Arguably March 2022 will be a pivotal month for NIO for a number of reasons. 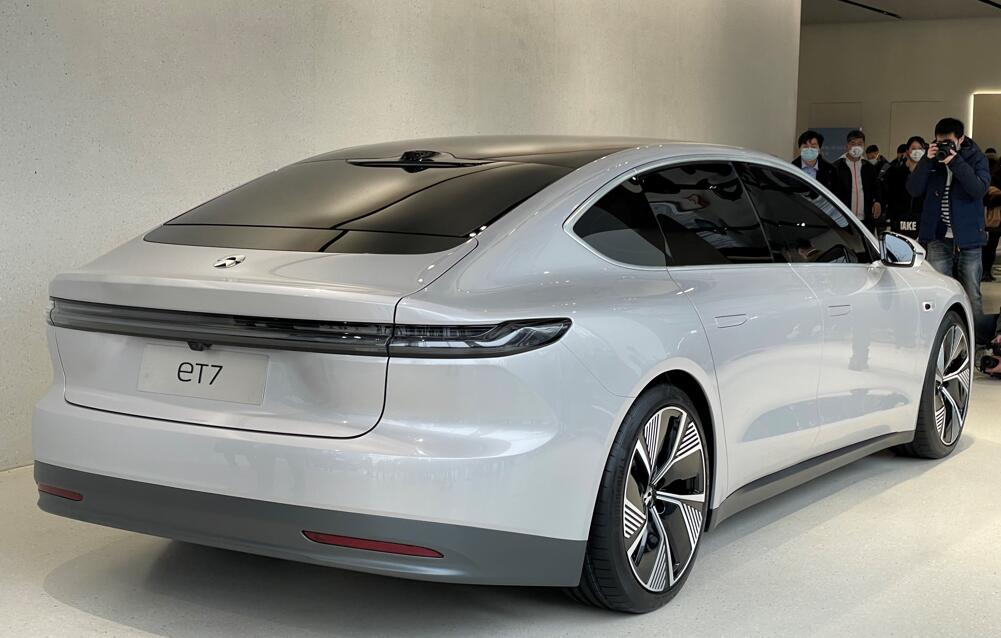 Problem #1 – In 2000 when his co-founders in Bitauto were unhappy with losses of $0.5 million, William Li bought them all out paying them fully what they had invested – after all as he stated it was only money that was causing the problem & he could always earn that doing a job.

Lesson learned at an early age: Money is not the most important commodity. Paramount for William Li was user (investor) experience & he wanted them to be happy.

In 2010 William Li took Bitauto public on NYSE with $500 million market cap so fortunes dramatically changed for the one remaining investor William Li.

By 2014 William Li was a billionaire & had founded NIO backed by Who’s Who list of Chinese Entrepreneurs – Pony Ma of Tencent, Richard Liu of JD.Com & Lei Jun of Xiaomi.

Money raised was never enough but that was all NIO was able to raise from skeptical, myopic US investors who had witnessed TSLA being close to bankruptcy in 2017-18 period.

City of Hefei came to the rescue. Cohort of ultra loyal NIO owners played their part in NIO’s recovery.

Along the way NIO built up RMB 47 billion cash mountain.

Both NVDA & QCOM SoCs are latest generation, high margin, products being first used in automotive field by NIO so both NVDA & QCOM are incentivized for best results (& full supply to NIO) to consolidate their industry-leading performance attributes.

NIO will get further increase in CATL EV battery supply in late March 2022 per statement by NIO CFO.

Model Y is fast becoming the best-selling SUV in the World with BYD Song presenting itself as the more affordable Model Y. Though detailed specs have not yet been released it is anticipated that ES7 will be NIO version of Model Y “killer” with a newer, fresher look. First detailed look of ES7 may be mid-April just ahead of Beijing Auto Show April 21, 2022.

All NIO’s next-gen products deploy SiC technology in the EV powertrain with all its numerous attributes.

It seems likely that NIO has ordered at least one 6,800 ton Giga Press & maybe having 12,000 ton Giga Press being developed by GHT / LK Tech. For sure NIO has made reference to ET5 using large part die-casting.

Indeed TSLA took over the purchase of NIO’s Giga Press when NIO experienced financial troubles in 2019/2020 highlighting NIO’s long-term belief in use of Giga Press.

I have always maintained that TSLA is gold standard by which all EV companies must be judged.

Herein TSLA may have given NIO an opening.

NIO has already put its supply chain solutions (detailed above) in place & additionally added products to directly challenge TSLA plus dominate in the premium luxury segment which TSLA has largely abandoned.

You will hardly see BBA EV in streets of Shanghai – Damage may already be irreparable.

TSLA will continue to adopt cost plus approach.

With completion of NeoPark 2022 & introduction of ET7, ET5 & ES7 this will be first year that NIO can directly compete with BBA ICE & EV vehicles for significant market share & also directly challenge TSLA for product superiority.

Arguably March 2022 will be as pivotal a month as March 2020 was when City of Hefei helped solve NIO’s cash crunch for the following reasons:

February deliveries – On March 1st with reduced number likely due to CNY & need to produce ET7s which will not show in delivery numbers.

Earnings – Estimated first week of March with road map given for 2022.

March deliveries reported on April 1st, including ET7 deliveries for March 28th to 31st may indicate how quickly NIO was able to ramp up (from the learning curve of producing ET7s from February) which will be subject to NIO rigorous quality control checking.

Not financial advice, Not an Auto Analyst, Not a Financial Advisor JMHO DYODD