NIO, XPeng, Li Auto: What could get their stocks out of slump? 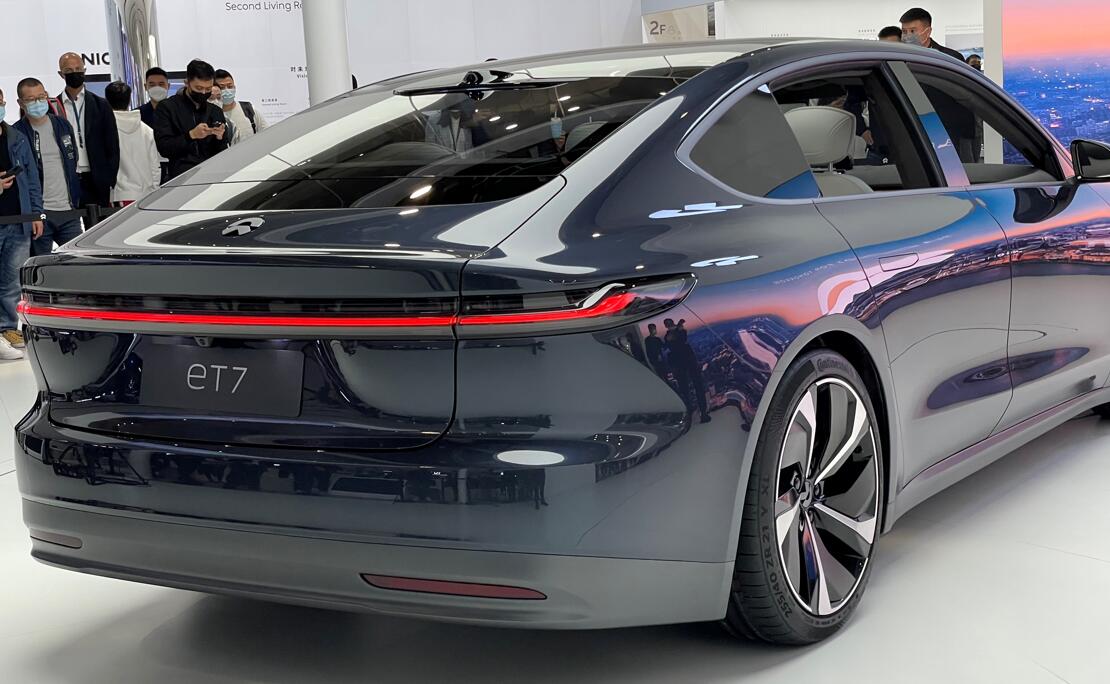 Although NIO, XPeng Motors, and Li Auto have maintained strong fundamentals, their stocks started the new year with poor performance and did worse than other Chinese Internet companies.

What is causing this disconnect? What can change the sentiment? Deutsche Bank analyst Edison Yu's team offers a good logic for analysis.

Despite strong demand momentum heading into 2022 and a clear inflection point in consumer preferences, Chinese electric vehicle (EV) stocks continue to sell off, Yu's team noted in a research note sent to investors on Thursday. 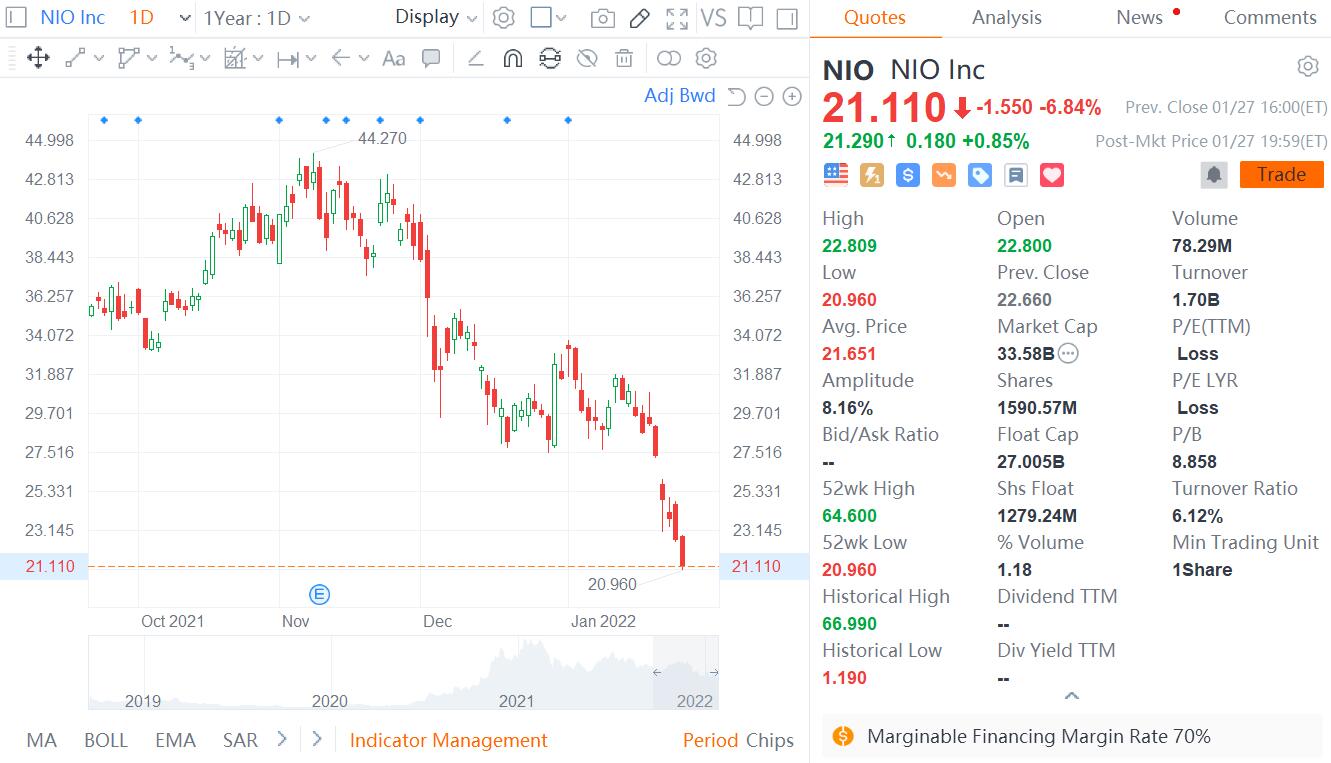 Shares of NIO, XPeng and Li Auto traded in the US are down an average of 32 percent year-to-date. By comparison, the KraneShares CSI China Internet ETF (KWEB) that tracks the leading Chinese Internet stocks listed in the US and Hong Kong, was down 8 percent over the same period, the Nasdaq Composite Index was down 14 percent, and Tesla was down 22 percent.

While the broader market rotation away from growth stocks is hurtful, it's not the only reason, Yu's team says, adding that two other factors are at play.

The team believes Asian investors who previously saw EV stocks as a safe haven amid China's regulatory storm against tech giants may be rotating back into hard-hit Internet companies, as KWEB's outperformance so far this year shows.

The KWEB was down 52 percent for last year, while NIO, XPeng and Li Auto were down an average of 2 percent in the same period. And excluding NIO they are up an average of 15 percent.

Yu's team believes that KWEB's outperformance this year relative to Chinese EV stocks may be due to Chinese regulators finalizing laws around algorithms on January 4. 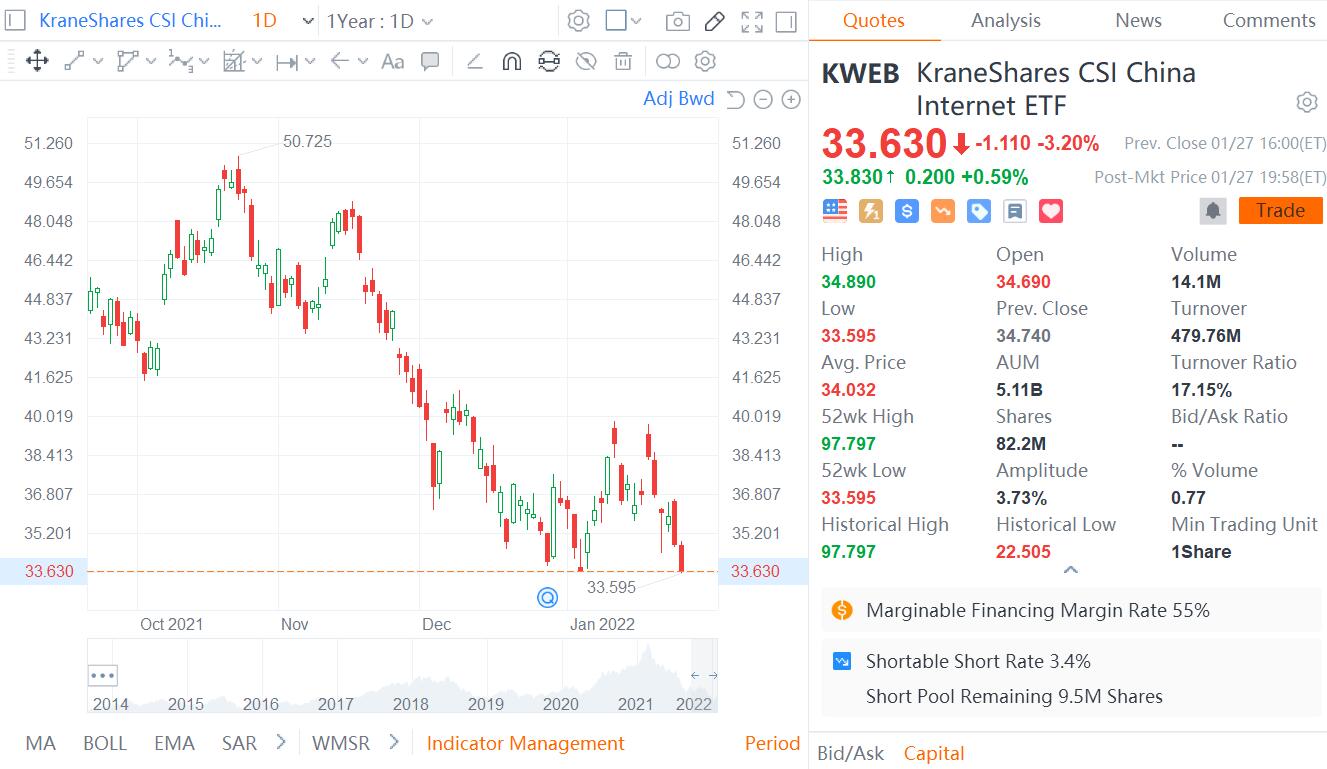 For most non-Asia-based investors, especially in the US, there still seems to be uncomfortable with delisting and geopolitical risks, the team says, adding that for NIO in particular, recent reports that it is considering listing in Singapore rather than Hong Kong have added further uncertainty.

The team sees a negative feedback loop is implicitly created as Asia capital rotates out while US investors are reluctant to get involved or consistently unwind positions even when those stocks have lower valuations relative to their US EV peers.

Yu's team sees three ways the group could potentially come out of this slump. But the team also notes that the timing will be tricky. They write:

The most obvious way, in our view, would be for the US and China to come to a resolution on the accounting requirements and implementation. This seems unlikely near-term but regulators in China appear to be becoming more open-minded on the topic based on recent comments by the CSRC.

Fundamentally, there needs to be a material step-up in monthly volume, especially at NIO which has 3 new models expected to start deliveries this year beginning in late March. While XPEV has only 1 new model this year (G9 SUV), it is also expanding capacity at its existing plant given large order backlog for its current vehicles so we expect monthly volume to increase as well. For LI, it has only one new model (full-size EREV SUV) and initial volume expectations likely are low due to size of vehicle segment.

We think there will be growing investor focus toward autonomy as numerous Lidar-equipped vehicles finally hit the market this year (and next). This could illustrate how robust demand truly is for consumer autonomy and the companies gaining most traction here could get a boost from that. We expect at least 16 models (excluding robotaxis) with Lidar by the end of 2023 and continue to believe XPeng is the leader in terms of overall software capability/integration.

The team believes this is encouraging and notable, as it is one of the few car companies that regularly releases this data.

"As the amount of data grows, we believe XPeng can better train/refine its algorithms to improve the capability of its higher level autonomy features, paving the way for higher take rates (and higher margins) and mobility partnerships," the team writes.