Gotion will secure the number of batteries required by the customer, which expects to purchase no less than 200 GWh in total, from 2023-2028.

Gotion High-tech has signed a supply and localization agreement with a major publicly traded US auto company to supply the latter with lithium iron phosphate (LFP) batteries, the Chinese power battery giant said.

Shenzhen-listed Gotion disclosed the agreement in an announcement today that didn't reveal who the customer was. But from the details of the announcement, there's a good chance the carmaker is Tesla.

Gotion will ensure that the customer's required battery quantities are met from 2023-2028, and the customer expects to purchase no less than 200 GWh of batteries in total over the demand period, according to the announcement.

Gotion will export LFP batteries to the customer based on its demand through its battery production base in the Chinese mainland, the announcement said.

The two parties also plan to localize the production and supply of LFP batteries in the US as well as jointly explore the possibility of forming a joint venture in the future, according to the announcement.

These LFP battery products will be used in the customer's electric vehicle and other applications in the US and global markets, Gotion said.

The transaction involves trade secrets, so Gotion did not disclose basic information about the counterparty or product-related information, the announcement said.

The announcement mentioned, however, that Gotion's US subsidiary has no transactions with the customer during the 2018-2020 period.

The customer is a large listed automotive company in the US with a high market capitalization ranking among global car companies, the announcement said, adding that it has excellent credit and good performance capability, and Gotion has maintained a long-standing and good cooperative relationship with it.

Gotion is one of the largest power battery suppliers in China, with an installed base of 1.08 GWh in November, ranking fourth with a 5.2 percent market share, according to the China Automotive Battery Innovation Alliance. 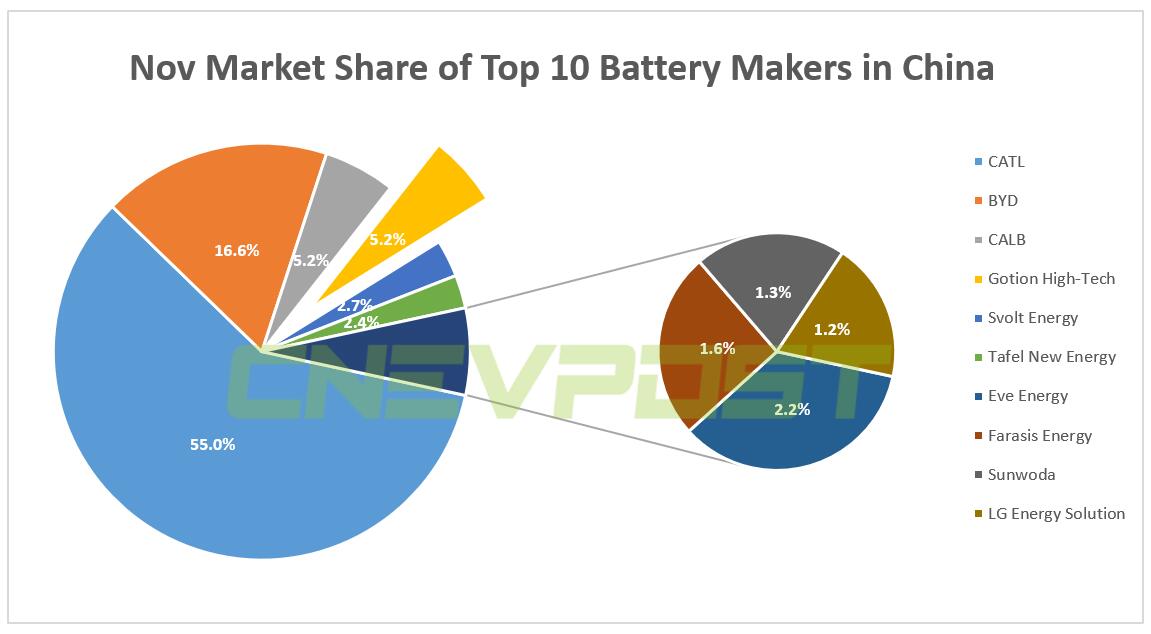