The electric vehicle company sent out a media invitation Tuesday saying it will sign a strategic cooperation agreement with Sinopec on April 15, and that its first second-generation battery swap station will go live at a Sinopec station in Beijing on the same day. 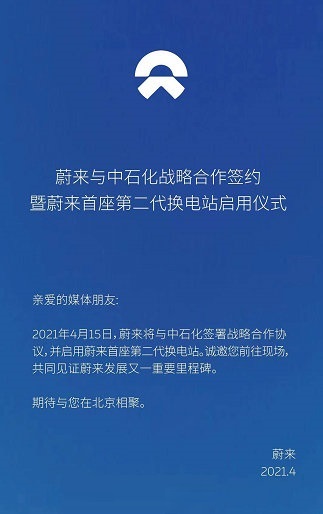 The earliest indication of NIO's partnership with Sinopec came during the Chinese Lunar New Year holiday this year.

On February 14, Sinopec Chairman Zhang Yuzhuo visited one of NIO's battery swap stations and was briefed by NIO executives on the construction and operation of the battery swap stations. They agreed to meet after Chinese New Year to work together to promote the development of the industry.

At the end of February, William Li, founder, chairman, and CEO of NIO, and the company's president Qin Lihong visited Sinopec.

Local media reported that they exchanged and discussed the development trend of the electric car industry, charging and battery swap facilities construction, and high-end synthetic materials.

Sinopec, with a registered capital of RMB 326.5 billion, is the largest supplier of refined oil products and petrochemicals and the second-largest oil and gas producer in China, as well as the world's largest refining company and the third-largest chemical company.

Previously NIO has not confirmed its partnership with Sinopec. Nevertheless, leading Chinese securities media are already envisioning the prospect of being able to replace batteries in NIO vehicles at gas stations.

In an article published in early March, Shanghai Securities News reported, "Don't be surprised to see NIO at Sinopec's gas stations in the future, the partnership between the two is approaching!"

Two days later, the Securities Daily said, "Going to a gas station to change the battery of a new energy vehicle? This scenario is becoming a reality."

Responding to the reports, Sinopec and NIO said at the time, "There is no exact information yet, and we will communicate at the right time."

NIO unveiled the second-generation battery swap station at NIO Day in early January, which occupies about 4 parking spaces. Users do not need to get out of the car, the vehicle can automatically complete the battery swap with one click.

The second-generation battery swap station has 13 batteries in a single station, with 3 times higher service capacity, and can complete up to 312 battery swaps per day.

In this context, when the "rumor" of cooperation between Sinopec and NIO came, industry insiders were mostly optimistic, the Securities Daily said.

"With the help of Sinopec's site, the battery swap station's land-use cost and operation cost can be reused," Wang Xianbin, a researcher at Gasgoo Research Institute, was quoted as saying in the report. 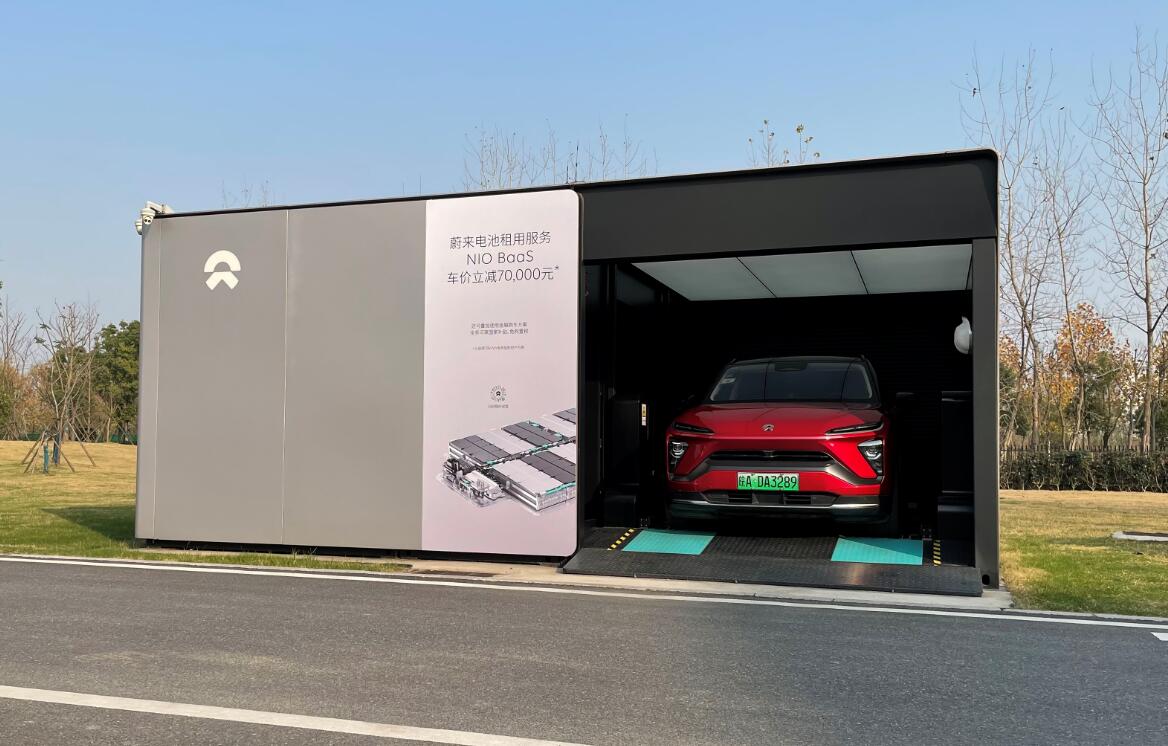