The NIO OS version pushed to users via FOTA on Wednesday is 2.10.0, the second major update to the system this year. 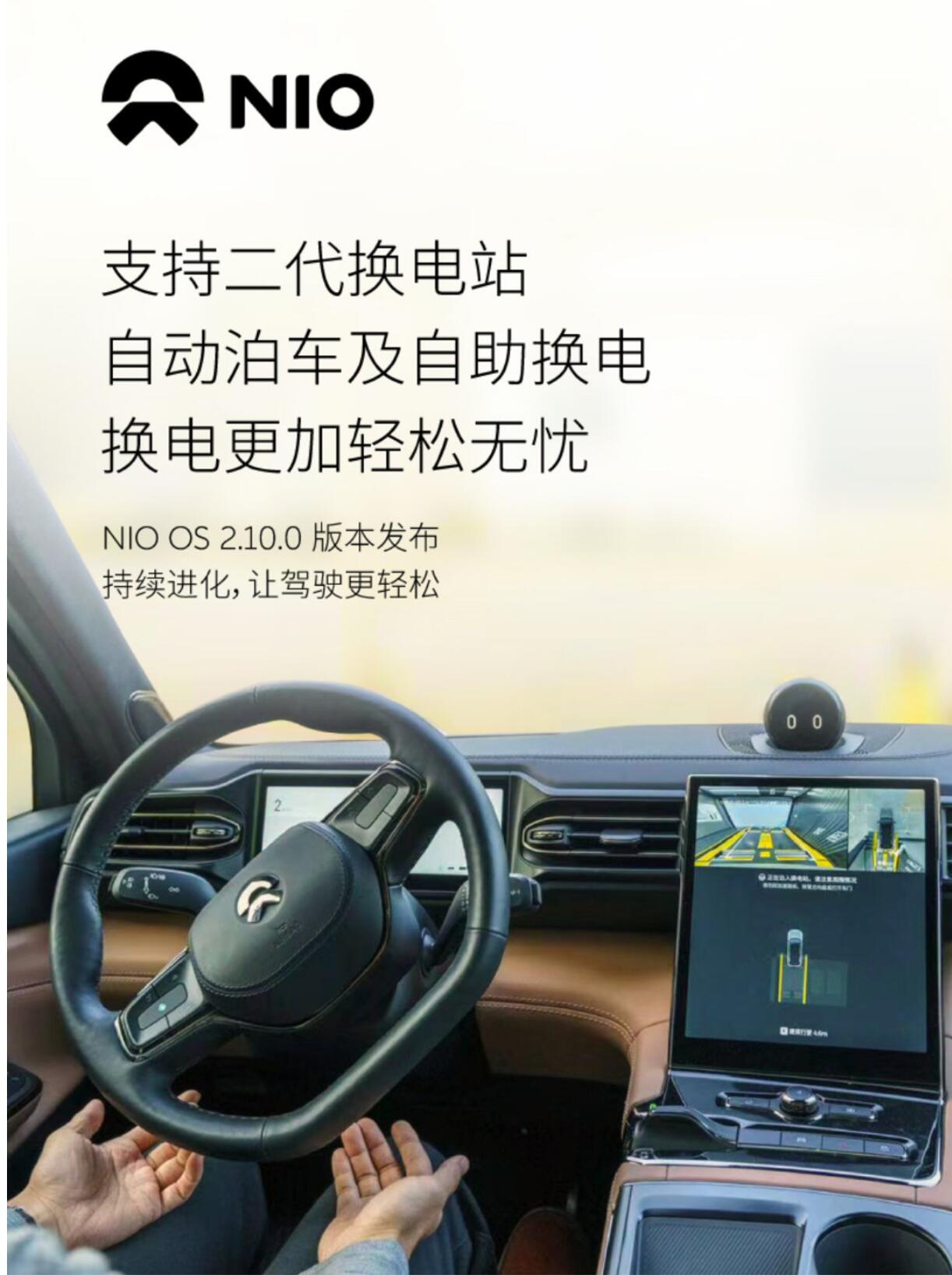 The battery swap is an important part of NIO's energy replenishment system. The latest update brings support for the second-generation battery swap station to NIO vehicles.

Users do not need to get out of the car during the battery swap process, and the vehicle can automatically park and change the battery with a single click.

NIO also provides instructions for the use of the second-generation battery swap station:

1. User places an order through NIO App or navigation system.

2. After arriving, the user clicks the "start battery swap process" button at the top right corner of the center screen, and then drives the vehicle into the parking start area in front of the battery swap station.

4. After the vehicle is automatically parked into the battery swap station and parked, the user can click the "start battery swap" button on the center control panel. 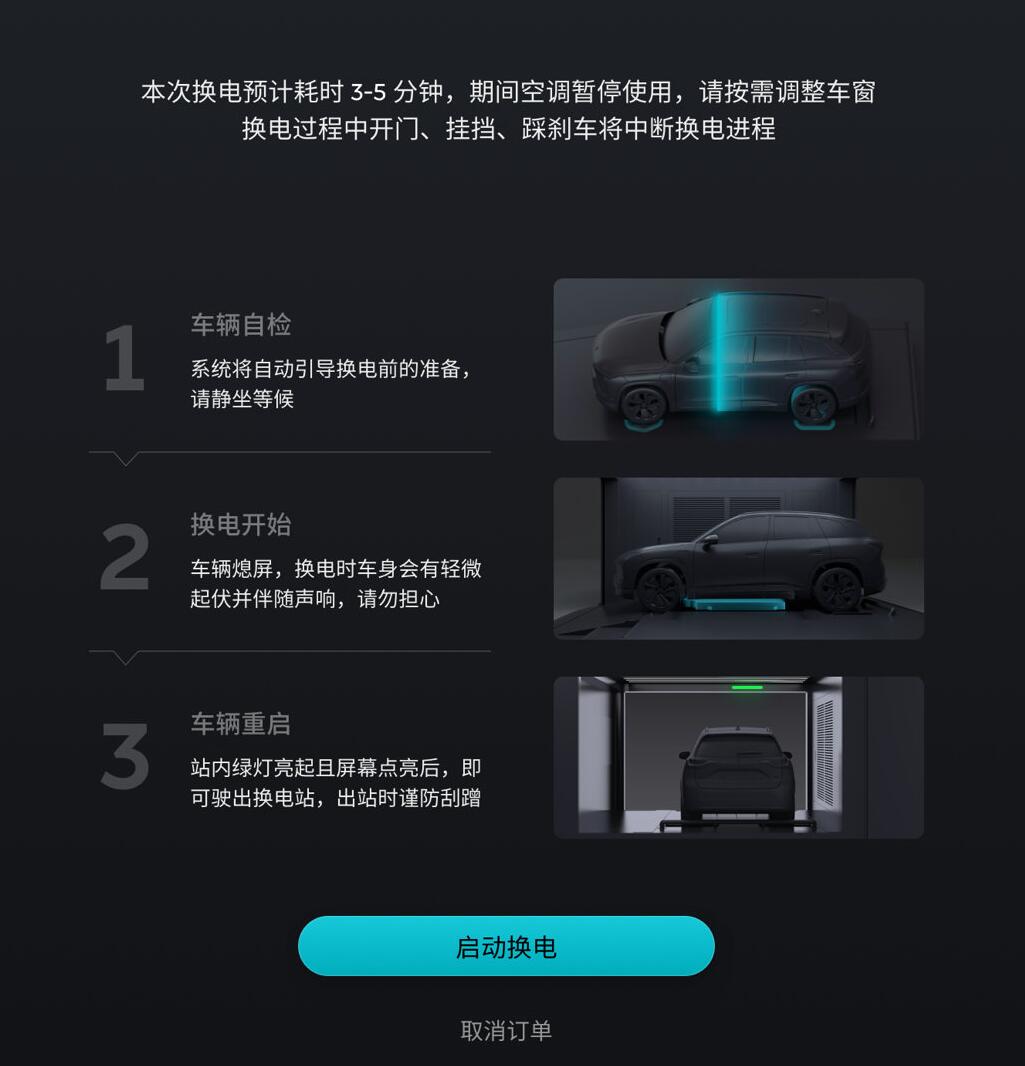 NIO sent out a media invitation saying it will sign a strategic cooperation agreement with Sinopec on April 15, and its first second-generation battery swap station will be launched at a Sinopec gas station in Beijing on the same day.

NIO will build battery swap stations at more Sinopec stations, and "you are invited to witness an important milestone in NIO's development," the invitation reads.

The NIO OS update also allows the vehicle to support the recognition of objects such as cone buckets, pedestrians and bicycles, and display them in the dynamic instrumentation interface.

For other vehicles around the vehicle, NIO OS can now differentiate between cars, SUVs and buses.

The update also adds the assisted driving attention monitoring (AMP) feature, which will be automatically enabled when the user is using Pilot/NOP.

AMP can determine the driver's concentration level through intelligent algorithms and prompt the driver to stay focused through sound and instrumentation when necessary.

If the driver does not respond after continuous prompts, AMP will actively reduce speed, exit assisted driving and illuminate hazard warning lights to ensure safety.

The update also optimizes Pilot/NOP and vehicle proximity summoning functions to improve the efficiency of lane change execution in Pilot/NOP status and increase the success rate of active lane change and on-ramp approach.