Even though the potential partnership between Chinese EV maker NIO and fossil fuel energy giant China Petrochemical Corp (Sinopec Group) has yet to be announced, leading Chinese securities media are already envisioning the prospect of NIO vehicles being able to change batteries at gas stations.

In an article published on Monday, the Securities Daily said, "Going to a gas station to change batteries for new energy vehicles? This scenario is close to becoming a reality."

In this regard, according to the report, Sinopec and NIO said, "There is no exact information yet, and we will communicate at the right time."

Sinopec is a traditional energy giant and the NIO is an emerging car maker, and the "rumors" between the two parties have raised expectations in the market, said the article.

The report also mentioned a mutual visit between NIO executives and Sinopec executives as a sign of cooperation between the two.

The second-generation battery swap station can store up to 13 batteries, with a three-fold increase in a service capacity, and can complete up to 312 battery swaps per day, the report noted.

In this context, when the "rumor" of cooperation between Sinopec and NIO came, industry insiders were mostly optimistic, the report said.

"With Sinopec's site, the battery swap station's land-use costs and operating costs can be reused," said Wang Xianbin, a researcher at Gasgoo Research Institute, as quoted in the report.

If Sinopec and NIO can cooperate, it will achieve a win-win situation for both sides, the report said, citing Zhang Xiang, a member of the expert think tank of the Ministry of Industry and Information Technology, adding that now that there are more and more new energy vehicles, building charging stations, battery swap stations and hydrogen refueling stations at gas stations can be the general trend.

Two days ago, another securities media Shanghai Securities News reported, "Don't be surprised to see NIO at Sinopec's gas stations in the future, the partnership between the two is approaching!"

The report quoted electric vehicle industry researchers as saying that if the partnership between NIO and Sinopec goes well, more battery swap stations are expected to appear in Sinopec gas stations in the future. 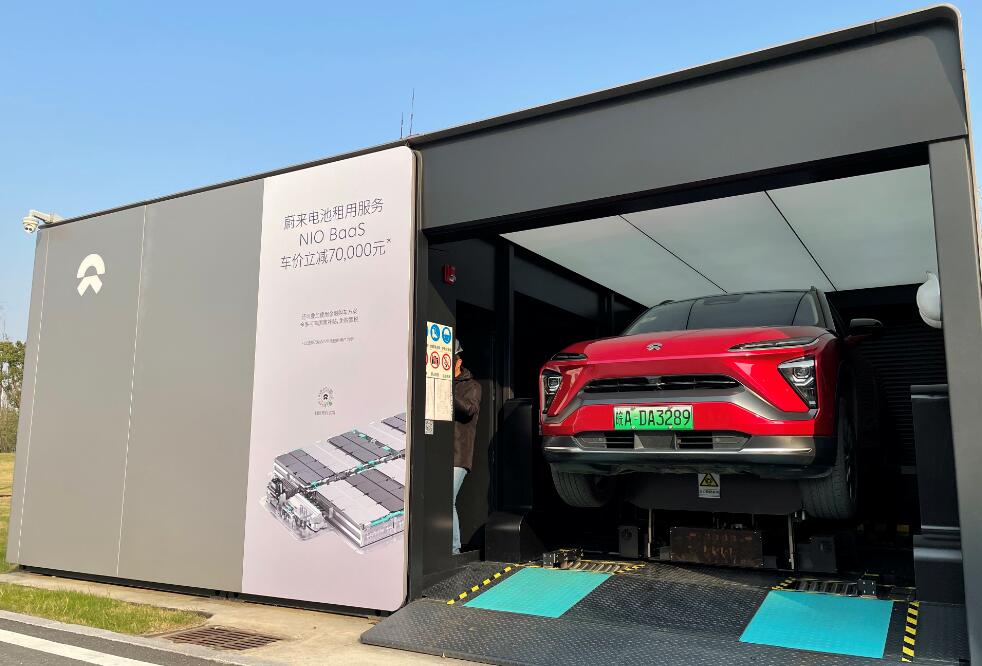