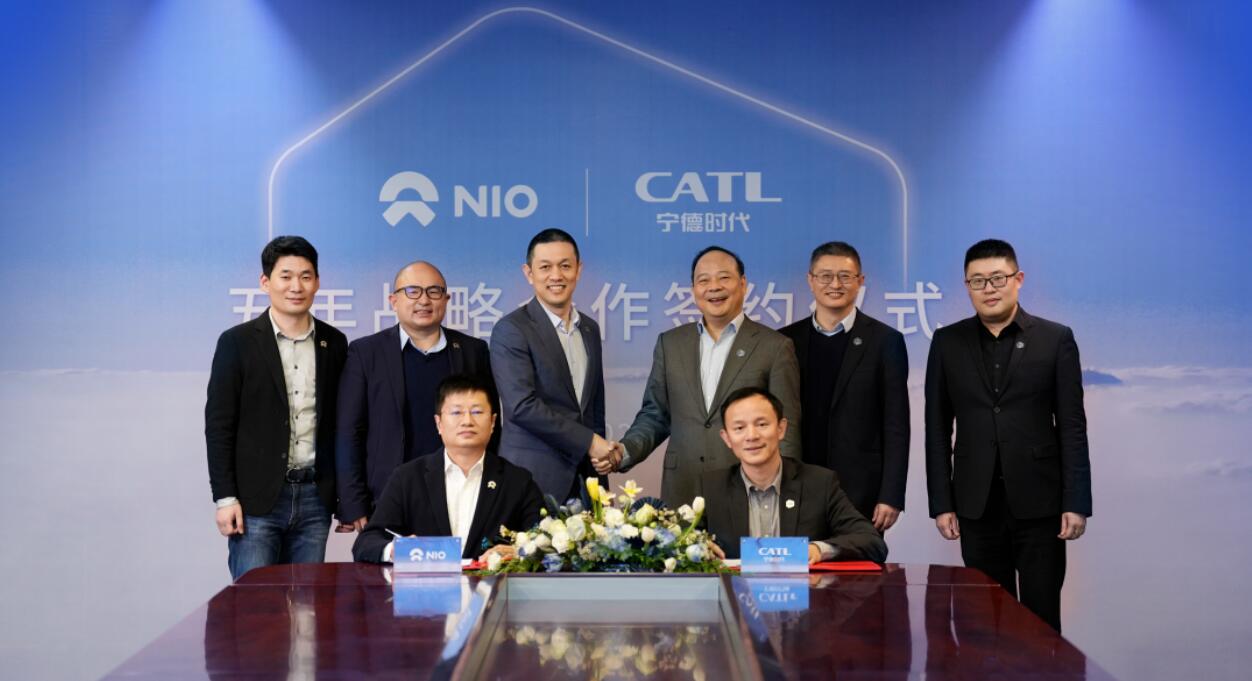 NIO (NYSE: NIO) has signed a new partnership agreement with CATL, its current sole battery supplier, as the electric vehicle company looks to bring in a new battery supplier and increase its own battery development efforts.

The signing of the agreement is another deepening and upgrading of their strategic partnership, involving technical cooperation for new brands, projects and markets, CATL said.

The partnership will also involve coordination of supply and demand, overseas business expansion, and cooperation in business models based on long-life batteries.

The two parties will build a long-term strategic partnership that will achieve mutual benefits and win-win results, CATL said.

CATL and NIO will build a highly efficient and synergistic battery supply system based on advanced battery technology by making full use of their respective resource advantages, the battery giant said.

The agreement comes at an interesting time, as last week two new NIO models entered a draft catalog of vehicles that will soon be allowed to be sold in China, both of which include CATL's rival CALB as battery suppliers.

The two new models are the NIO EC7, which was launched on NIO Day 2022, and the new ES6, which has yet to be officially launched.

In addition, the new NIO ES8, which was launched on NIO Day 2022, also includes CALB as its battery supplier in its regulatory filing page.

In addition to a new supplier, NIO is developing its own batteries.

In a June 9, 2022 conference call following the announcement of its quarterly earnings report, Li confirmed that the company will develop its own batteries.

NIO has a battery team of more than 400 people working on areas including battery materials, cells and battery management systems to fully establish battery system development and industrialization capabilities, he said at the time.

The company will put its new battery pack into production in 2024, which will support 800V high-voltage fast charging, according to Li.