Update: Updated the NIO figure from 2,974 to 2,963. Subsequent figures posted by the blogger who originally shared the number, as well as figures shared by other analysts, show NIO at 2,963 for the week. 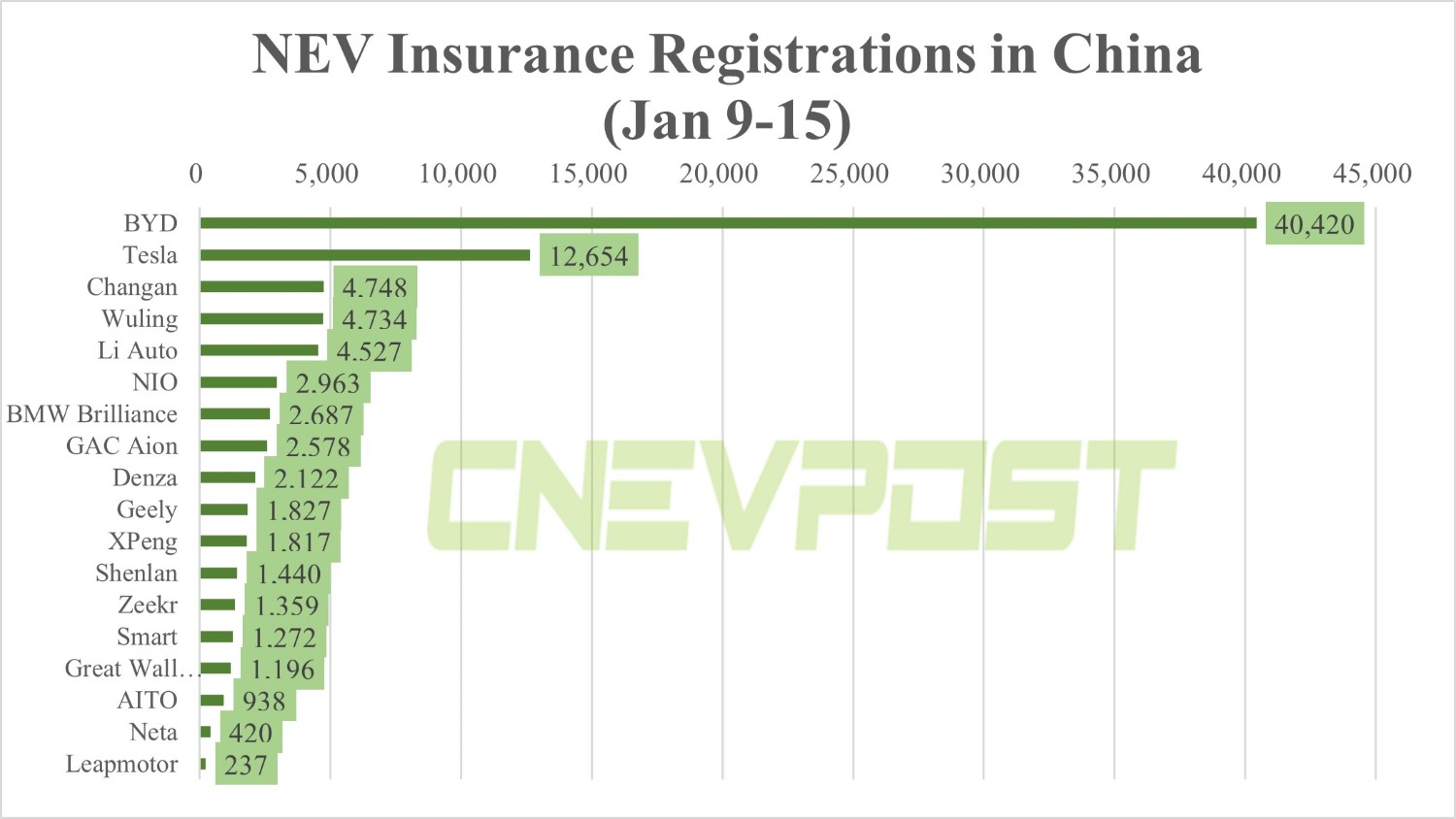 Sales of new energy vehicles (NEVs) in China picked up significantly last week compared to the previous week, despite the withdrawal of the state purchase subsidy.

In the second week of January, from January 9 to January 15, China's NEV sales, as measured by insurance registrations, were 99,000 units, up 37.51 percent year-on-year and up 28.61 percent from the previous week, according to figures shared by auto blogger Zhu Yulong on Weibo today.

Among them, sales of conventional internal combustion engine vehicles were 338,600 units in the week, down 22.6 percent year-on-year but up 58.35 percent from the previous week.

BYD (OTCMKTS: BYDDY) and Tesla (NASDAQ: TSLA) remain the top-selling brands of NEVs in China, with 40,420 and 12,654 insurance registrations last week, respectively. In the previous week, they had the number at 35,924 and 2,110 units, respectively.

By comparison, Tesla lowered the prices of its entire Model 3 and Model Y lineup in China on January 6, its second price cut in China in three months.

Earlier today, XPeng announced that all models except the flagship SUV G9 will have new prices, lower than previously.

Zeekr vehicles registered 1,359 insurance units last week, down from 1,511 the week before. The company's factory will be shut down for more than 20 days starting January 11 to allow for production line upgrades around the Chinese New Year holiday.

Neta vehicles registered 420 insurance units last week, up from 238 the week before.

Leapmotor had 237 units last week, up from 80 the week before.