The China Passenger Car Association (CPCA) announced Tesla (NASDAQ: TSLA) deliveries in China in December yesterday, but did not provide a breakdown of the numbers for the different models, now that they are known.

Tesla has a factory in Shanghai that produces the Model 3 sedan as well as the Model Y crossover. It typically produces vehicles in the first half of each quarter primarily for export and in the second half for local delivery. 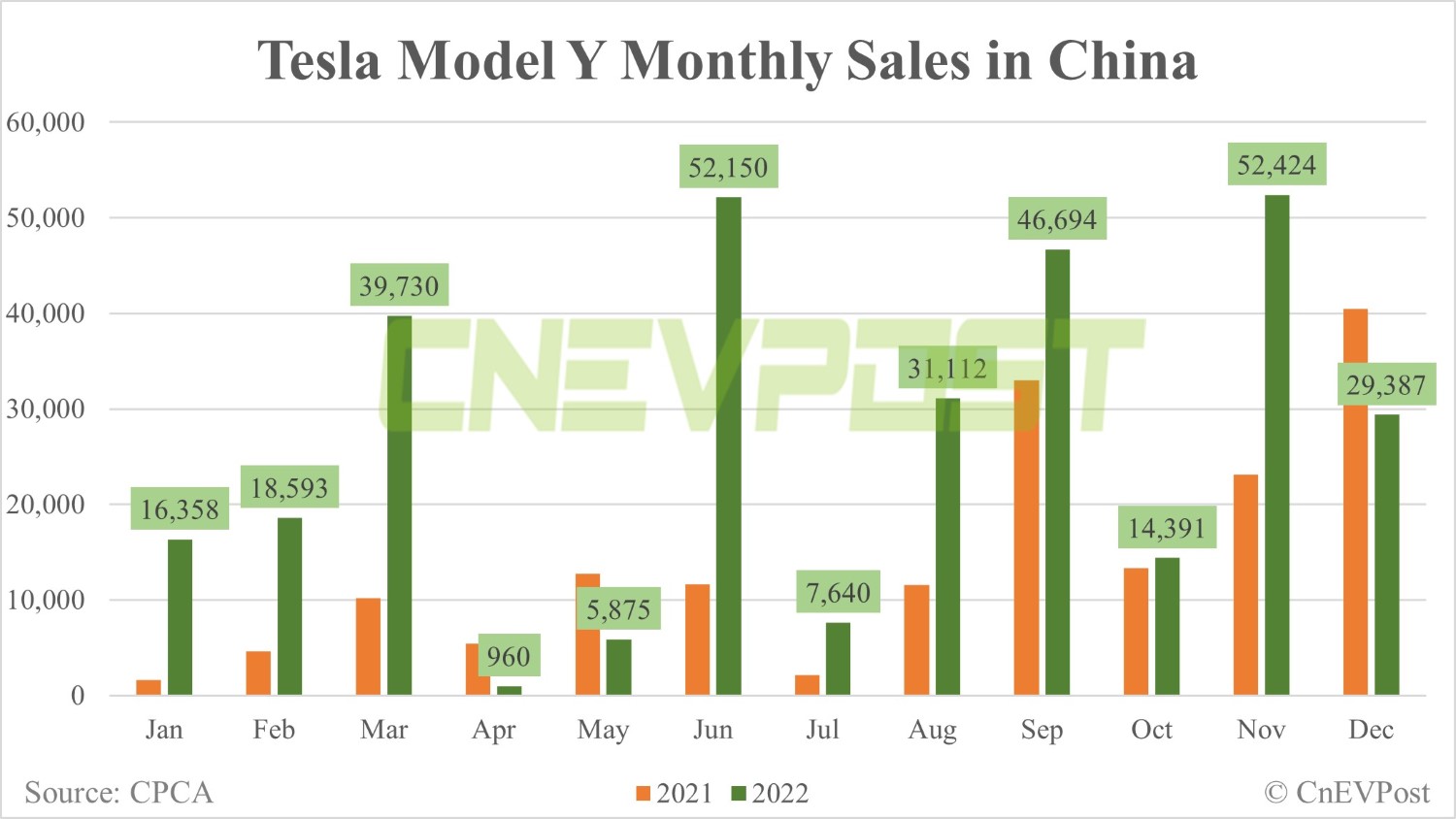 China is one of Tesla's most important markets, though the electric vehicle maker has faced weaker demand in the past few months due to slowing economic growth and the impact of the Covid outbreak on consumer confidence.

Tesla sharply cut the prices of its entire Model 3 and Model Y lineup in China on January 6, marking its second price cut in China in three months. 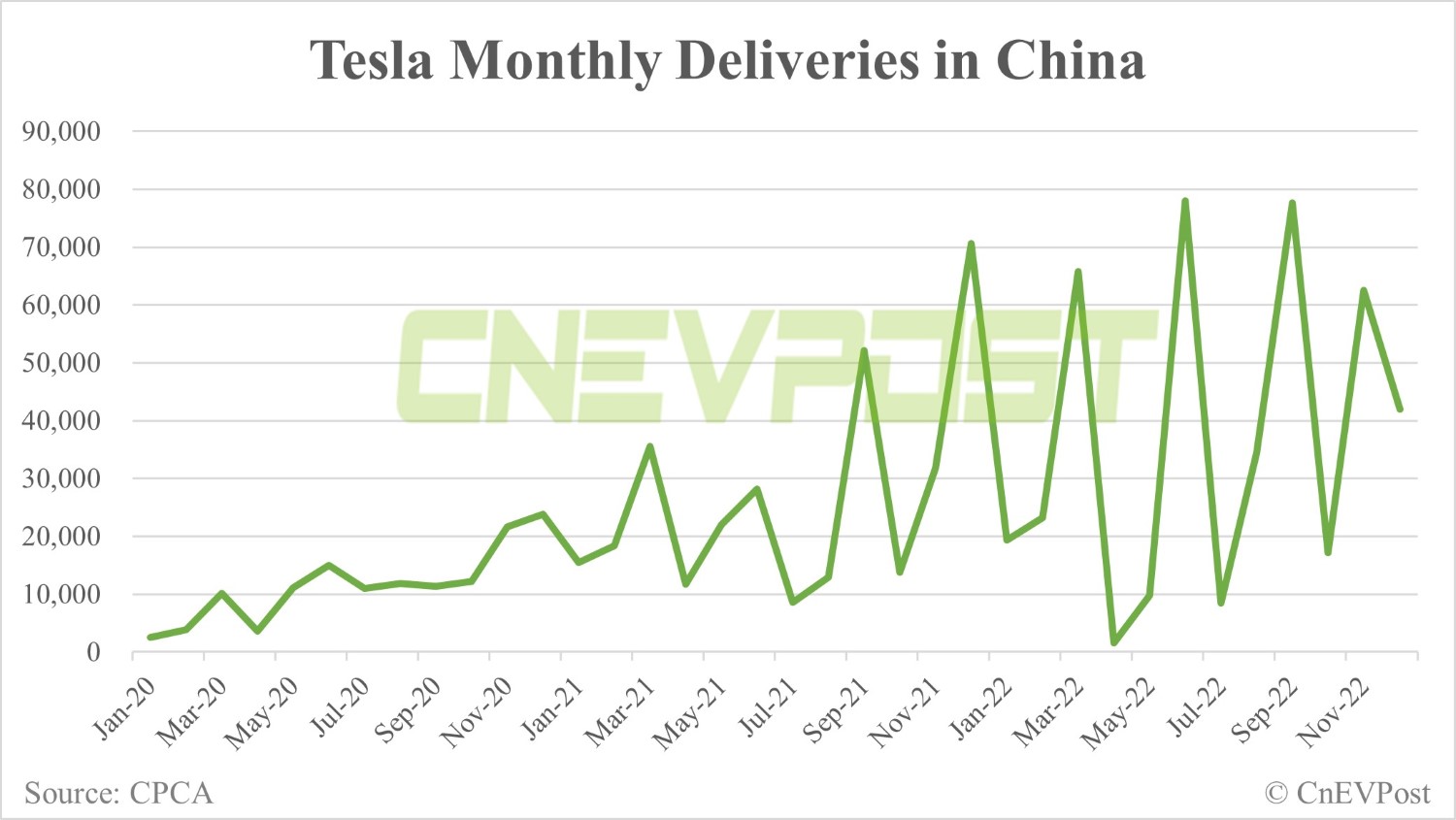