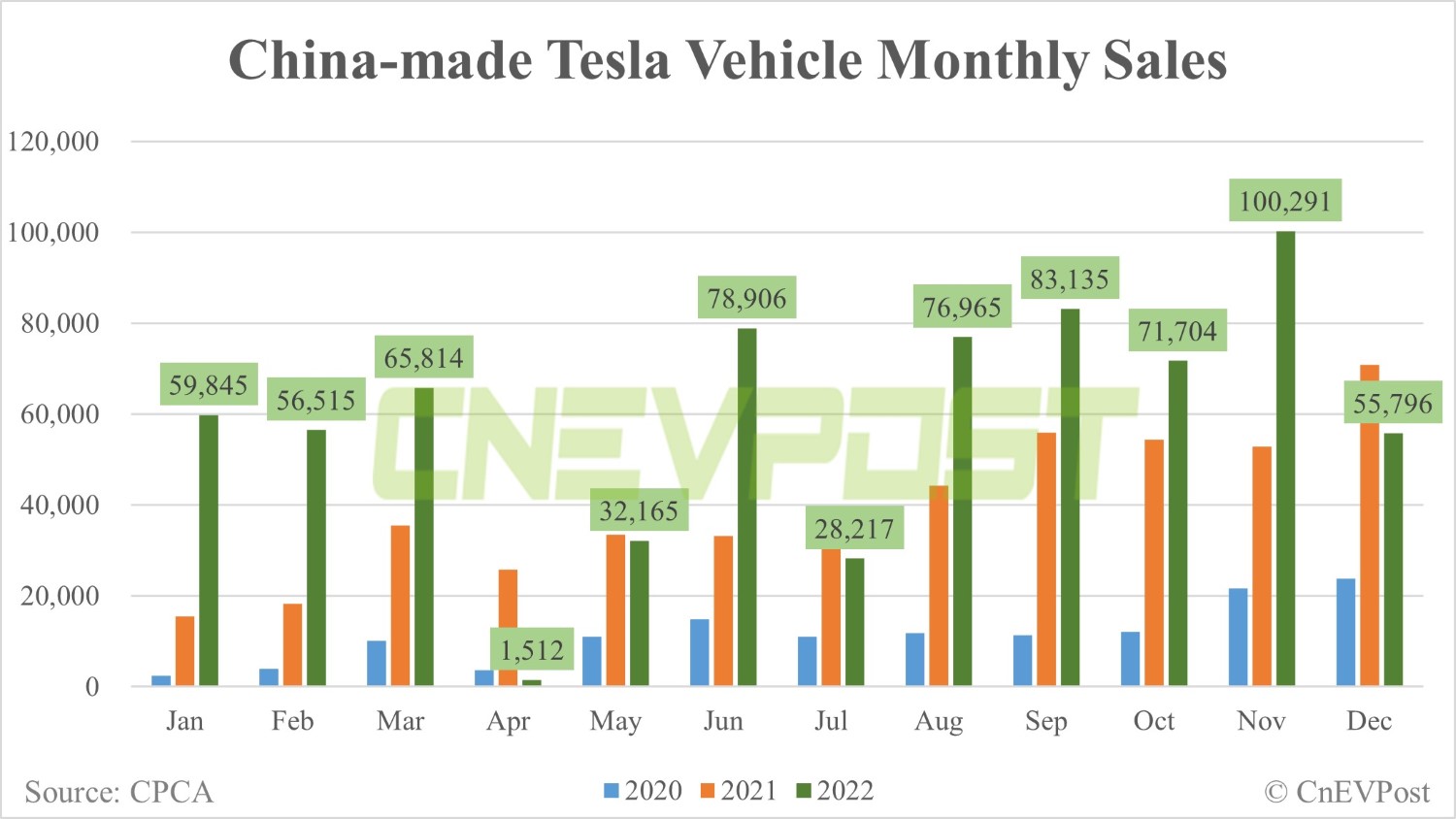 Tesla (NASDAQ: TSLA) sold significantly fewer China-made vehicles in December than in November and less than in the same month last year, the latest figures show.

Tesla China sold 55,796 wholesale vehicles in December, down 44.37 percent from 100,291 in November and down 21.24 percent from 70,847 in the same month last year, according to data released today by the China Passenger Car Association (CPCA).

The wholesale sales figure includes vehicles delivered by Tesla in China, as well as vehicles exported from its Shanghai plant, and the breakdown figures are currently unavailable.

Tesla has a factory in Shanghai that makes the Model 3 sedan as well as the Model Y crossover, and is an export hub for the electric vehicle giant in addition to deliveries to local consumers. 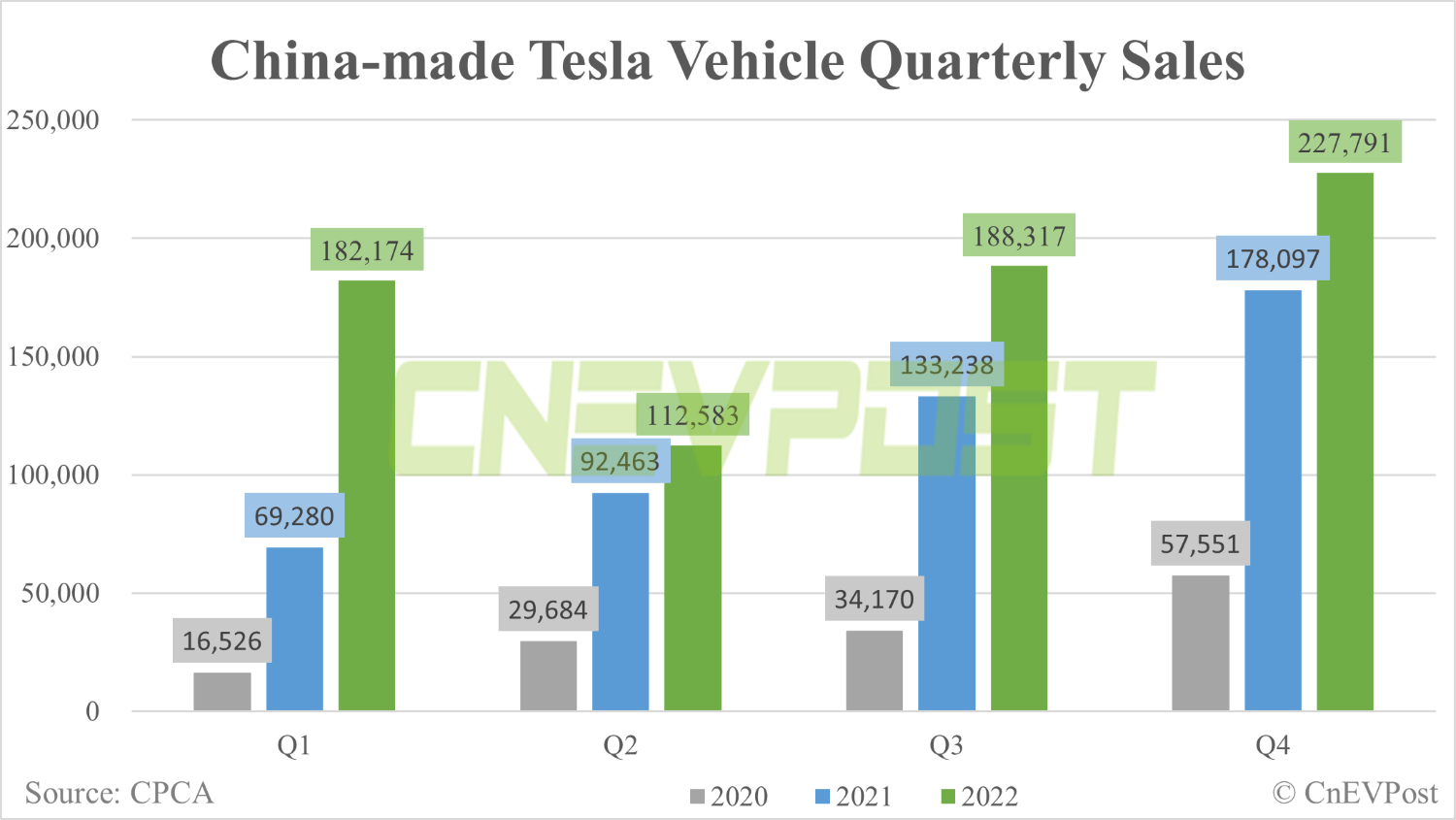 The company's figures, released on January 2, show it delivered 405,278 vehicles worldwide in the fourth quarter, missing market expectations of 420,800 units.

The latest figures show that China-made Tesla vehicles contributed 56.21 percent of Tesla's global deliveries in the fourth quarter, up from 54.77 percent in the third quarter and 44.20 percent in the second quarter. 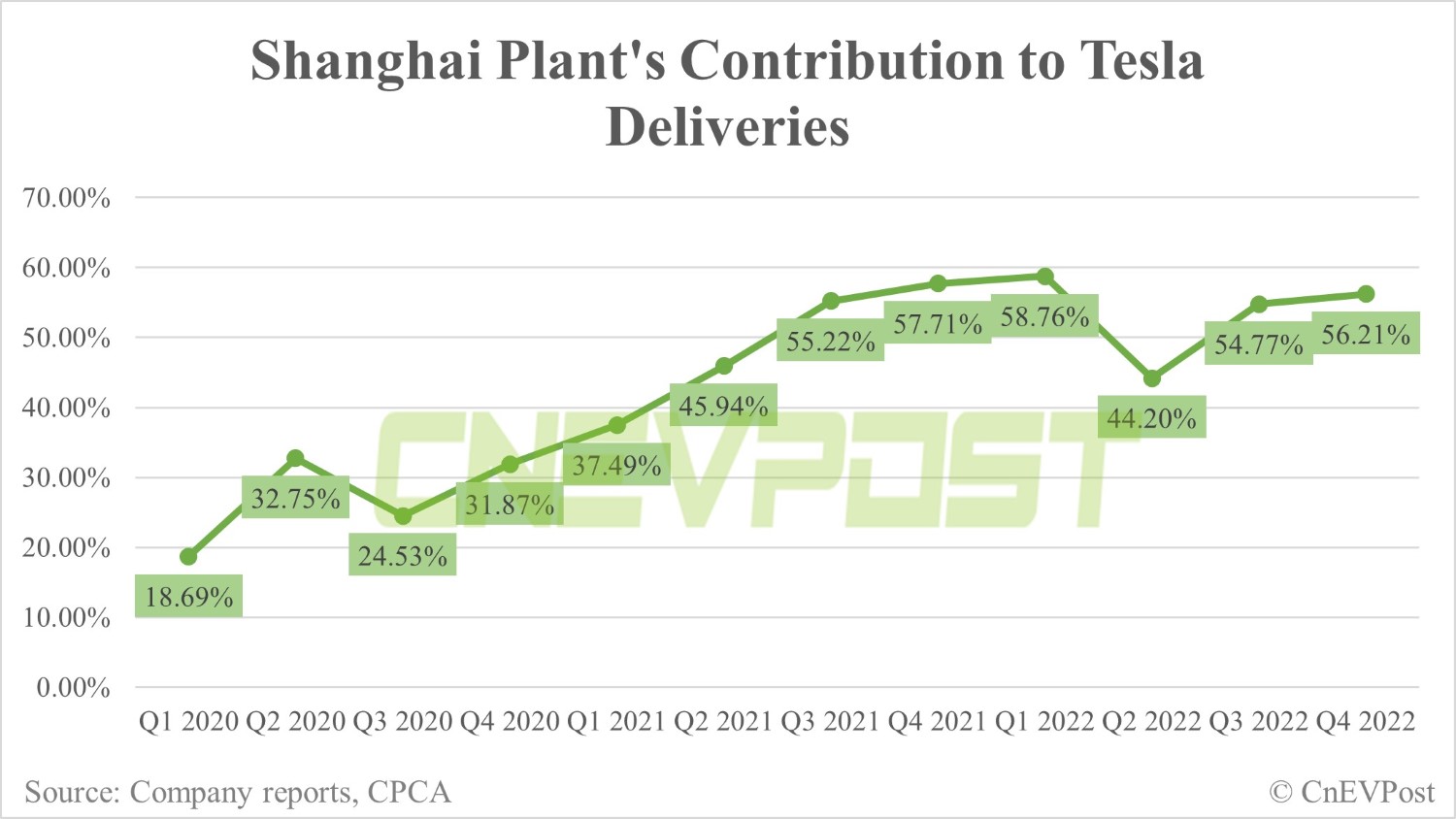 In December, China's wholesale sales of new energy passenger vehicles were 730,000 units, up about 0.4 percent from November and up about 45 percent year-on-year, the CPCA said today.

For the full year 2022, wholesale sales of new energy passenger vehicles are expected to be 6.49 million units, up 96 percent from 3.31 million units in 2021, according to the CPCA.

BYD's wholesale sales of 234,598 units in December were the highest, with SAIC-GM-Wuling in second place at 85,632 units. Tesla China came in third. 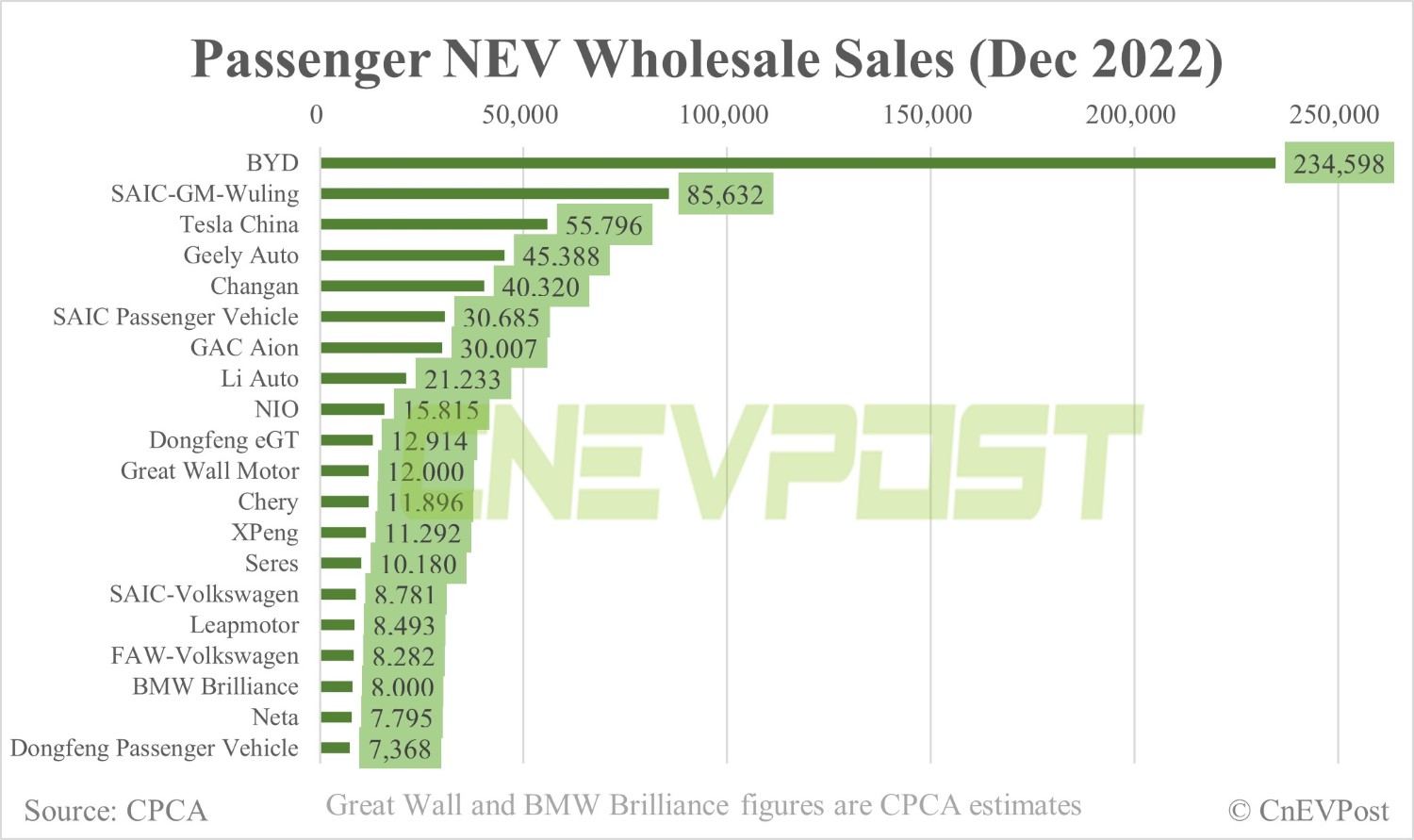