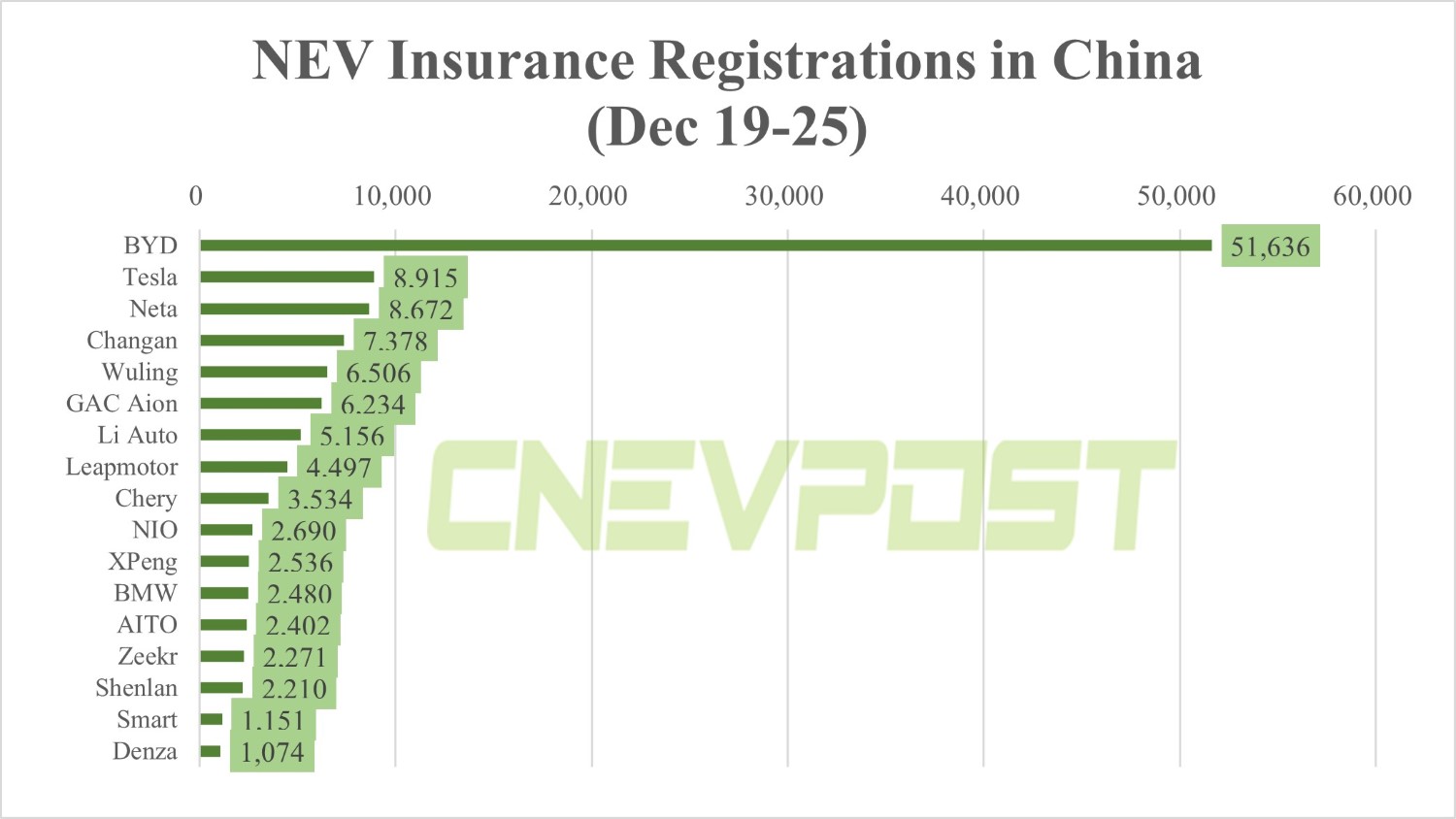 In the fourth week of December, December 19-25, China's new energy vehicle (NEV) sales, as measured by insurance registrations, were 182,000 units, up 48.09 percent year-on-year and 12.63 percent from the previous week, according to figures shared by auto blogger Zhu Yulong on Weibo today.

Of those, sales of conventional internal combustion engine vehicles were 472,000 for the week, up 10.4 percent year-on-year. 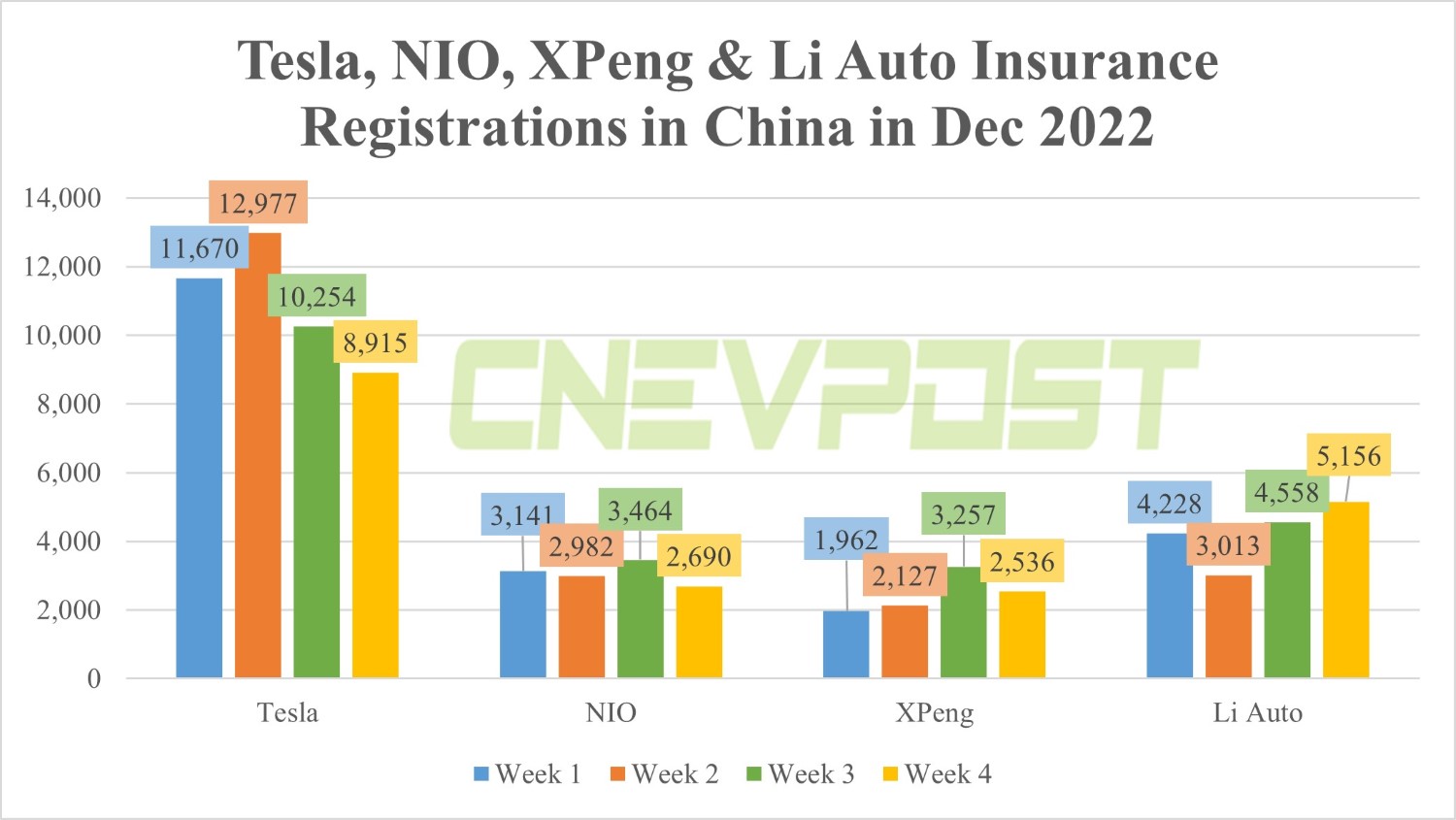 BYD has been producing two to three thousand fewer cars a day in recent days because many workers have contracted Covid, the company's executive vice president Lian Yubo said at an event on December 22.

BYD could have sold 1.9 million units this year, but the loss of production in recent days will have an impact of 20,000-30,000 units on December sales, he said, adding that BYD's sales this year will probably be around 1.88 million units.

Lian's remarks mean that BYD is expected to sell around 247,000 units in December. BYD stopped production and sales of vehicles powered entirely by internal combustion engines in March this year.

Considering that three days of the first week of December were in November, these numbers mean that NIO vehicles have had about 10,900 insurance registrations since December.

NIO today lowered its guidance for fourth-quarter deliveries, blaming the Covid outbreak that has created delivery and production challenges.

Considering that NIO delivered 10,059 and 14,178 vehicles in October and November respectively, the latest guidance means it expects December deliveries to be 14,263-15,263 vehicles, still a record high.

So far this month, Li Auto has accumulated 14,539 vehicle insurance registrations, and if it continues to exceed 5,000 in the final week, there is a good chance that sales for the month will exceed 20,000, the blogger said.