BYD facing daily production loss of at least 2,000 units in recent days as some workers infected with Covid

A BYD executive said BYD will sell around 1.88 million units this year, suggesting December sales are expected to be around 247,000 units.

BYD has been producing 2,000 to 3,000 fewer vehicles per day in recent days because many workers have contracted Covid, said Lian Yubo, the company's executive vice president, in a speech at the APEC SME Business Forum 2022 on December 22.

BYD could have sold 1.9 million units this year, but the loss of production in recent days will have a 20,000-30,000-unit impact on December sales, he said.

The 1.9 million unit sales may not be reached anymore and may end up at around 1.88 million units, Lian said, adding that BYD is already the world's largest maker of NEVs.

BYD sold 230,427 NEVs in November, the third consecutive month of more than 200,000 units, according to figures it released earlier this month. 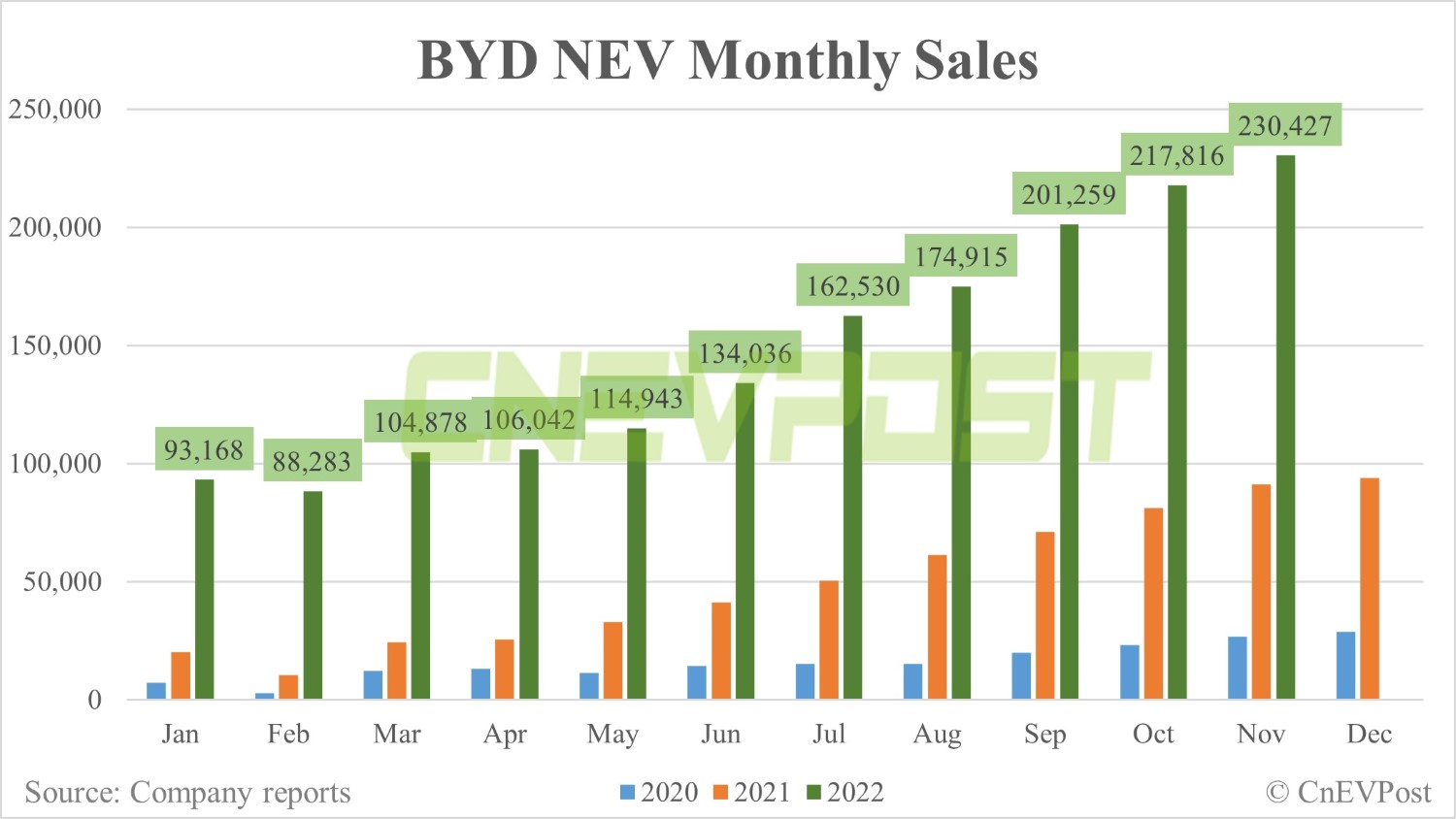 Lian's latest remarks mean that BYD is expected to sell around 247,000 units in December. 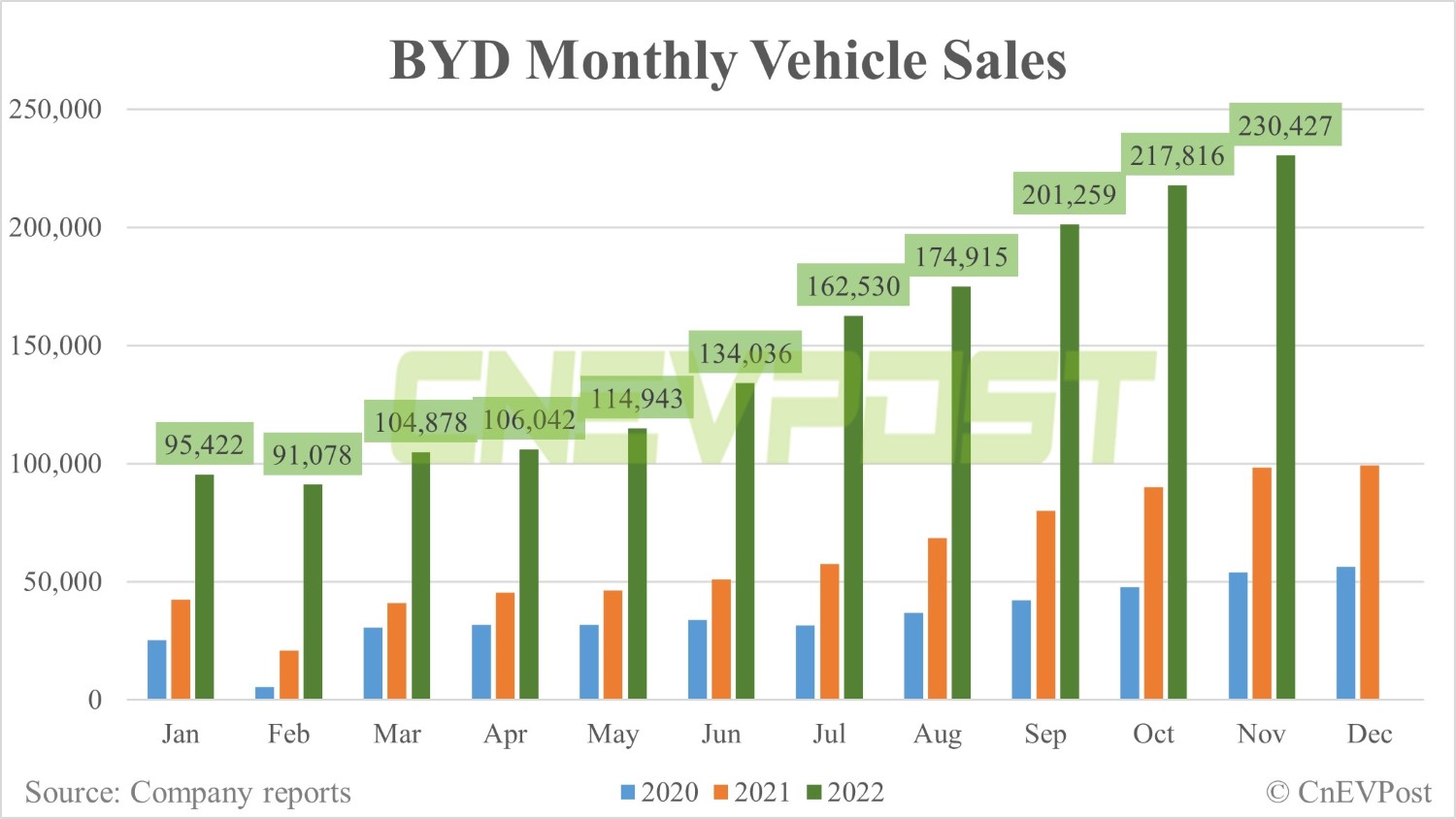 Last week, the helmsmen of XPeng (NYSE: XPEV) and Li Auto (NASDAQ: LI) both said they were infected with Covid, but didn't mention any impact it would have on their production.

Li Xiang, founder, chairman and CEO of Beijing-based Li Auto, said on Weibo on December 14 that everyone in his family was infected, with each experiencing high fevers of 39-40 degrees Celsius and body aches, with no symptom-free ones.

He Xiaopeng, chairman and CEO of Guangzhou-based XPeng, hinted on Weibo on December 16 that he had tested positive for Covid, as did all of the management staff who were about to meet with him.

China abandoned its zero-Covid policy earlier this month, and the virus is now in the midst of a massive nationwide outbreak.

Back to BYD, Lian also mentioned that BYD vehicles have been launched in a number of countries including European countries, Australia, Japan, Thailand and others.

BYD's vehicles sold more than 2,000 units in Thailand on launch day, with local consumers lining up since the early hours of the morning, Lian said, adding that it was like what happened after Apple's new product launch.

To buy a BYD NEV in Australia, you have to wait 10 months for delivery to consumers, he said.