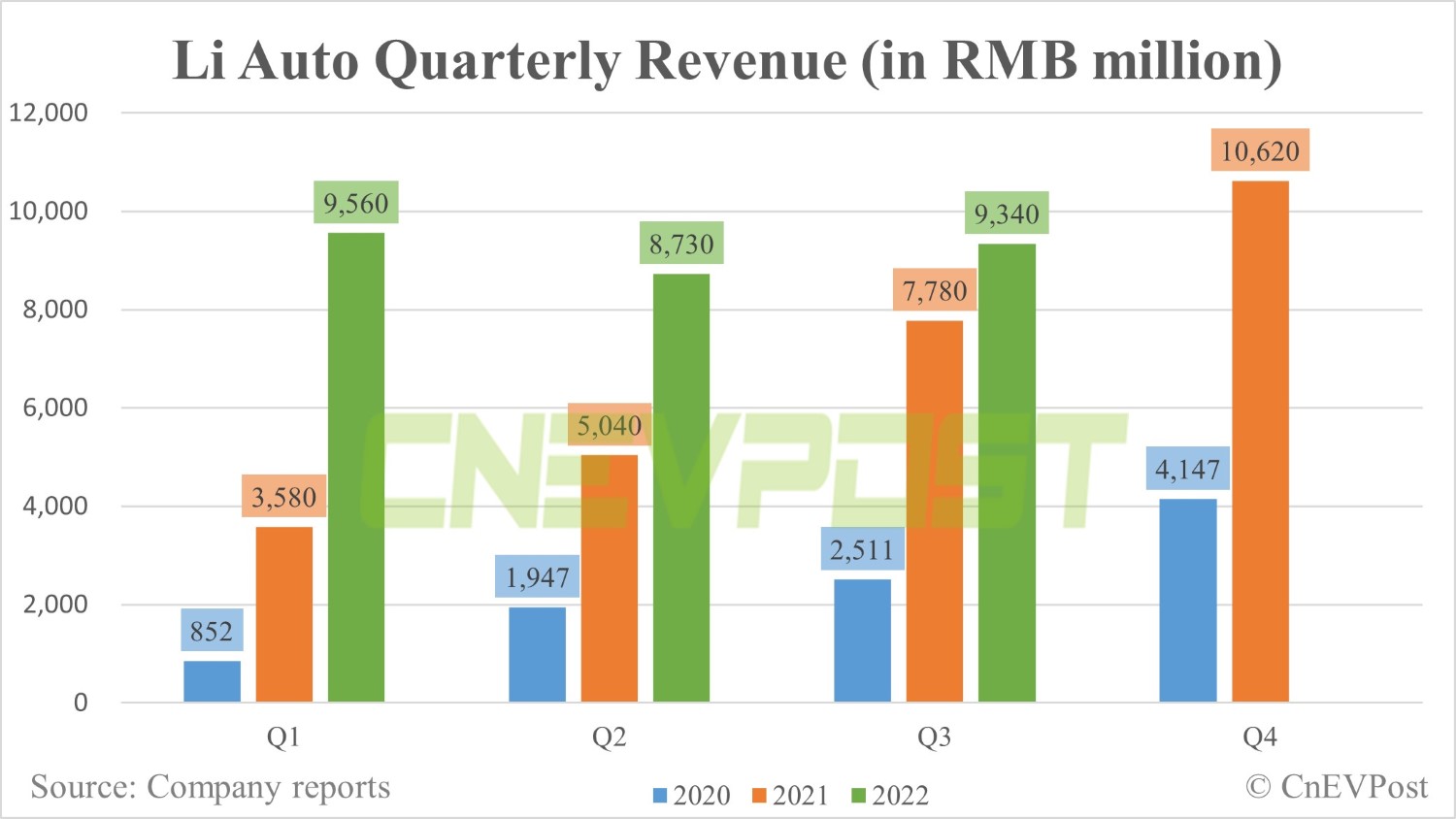 Li Auto (NASDAQ: LI) today reported weaker-than-expected third-quarter revenue and a decline in gross margin to a more than two-year low, but its delivery guidance for the fourth quarter implies a strong uptick in December vehicle deliveries.

The company reported third-quarter revenue of RMB 9.34 billion ($1.31 billion), below market expectations of RMB 9.6 billion, according to unaudited financial results it released today.

The company's gross margin in the third quarter was 12.7 percent, a new low since the first quarter of 2020 when the figure was 8.0 percent. 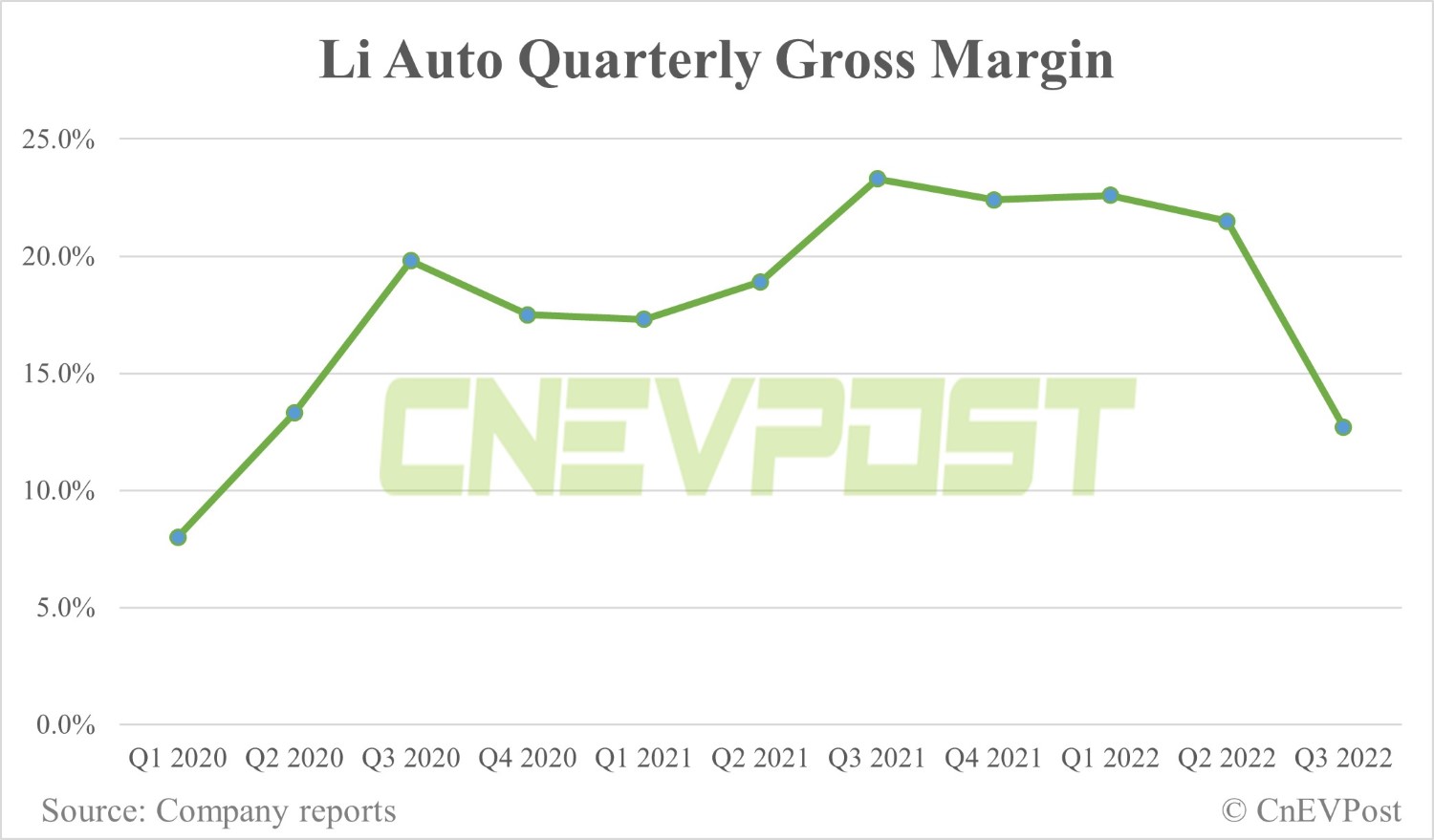 The company offered significant incentives, such as insurance subsidies and a RMB 20,000 discount, to sell inventory before the Li L8 changeover, the team said.

Yu's team estimated Li Auto's revenue at RMB 9.2 billion in the third quarter, with a gross margin of 16.0 percent and adjusted earnings per share of RMB -0.75.

The gross margin numbers posted by Li Auto were worse than Yu's team had expected.

This was due to the loss of inventory and supplier contracts that Li Auto had originally prepared for the Li ONE model as it accelerated its phase-out, resulting in it taking an inventory impairment and contract loss of RMB 803 million. 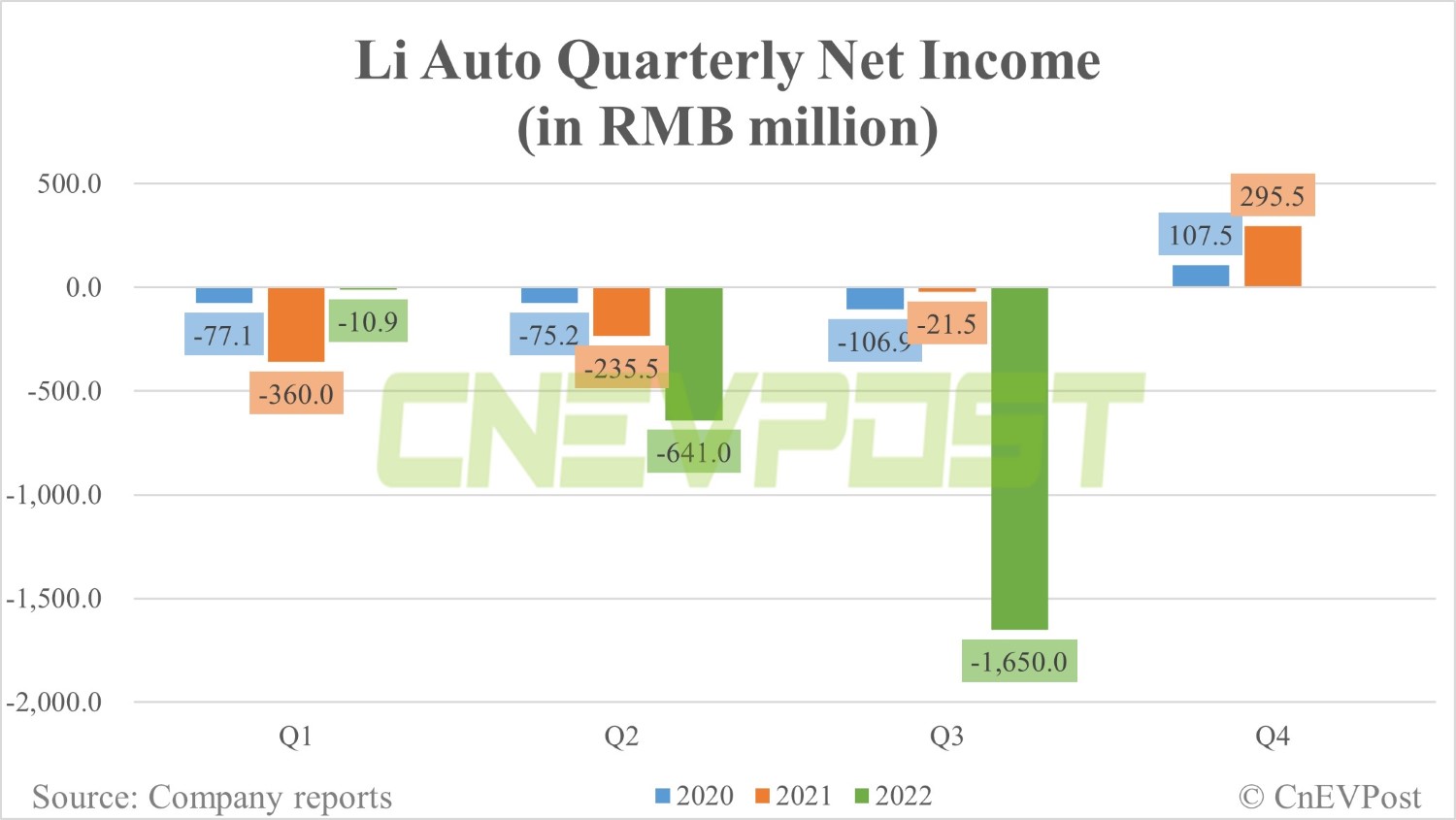 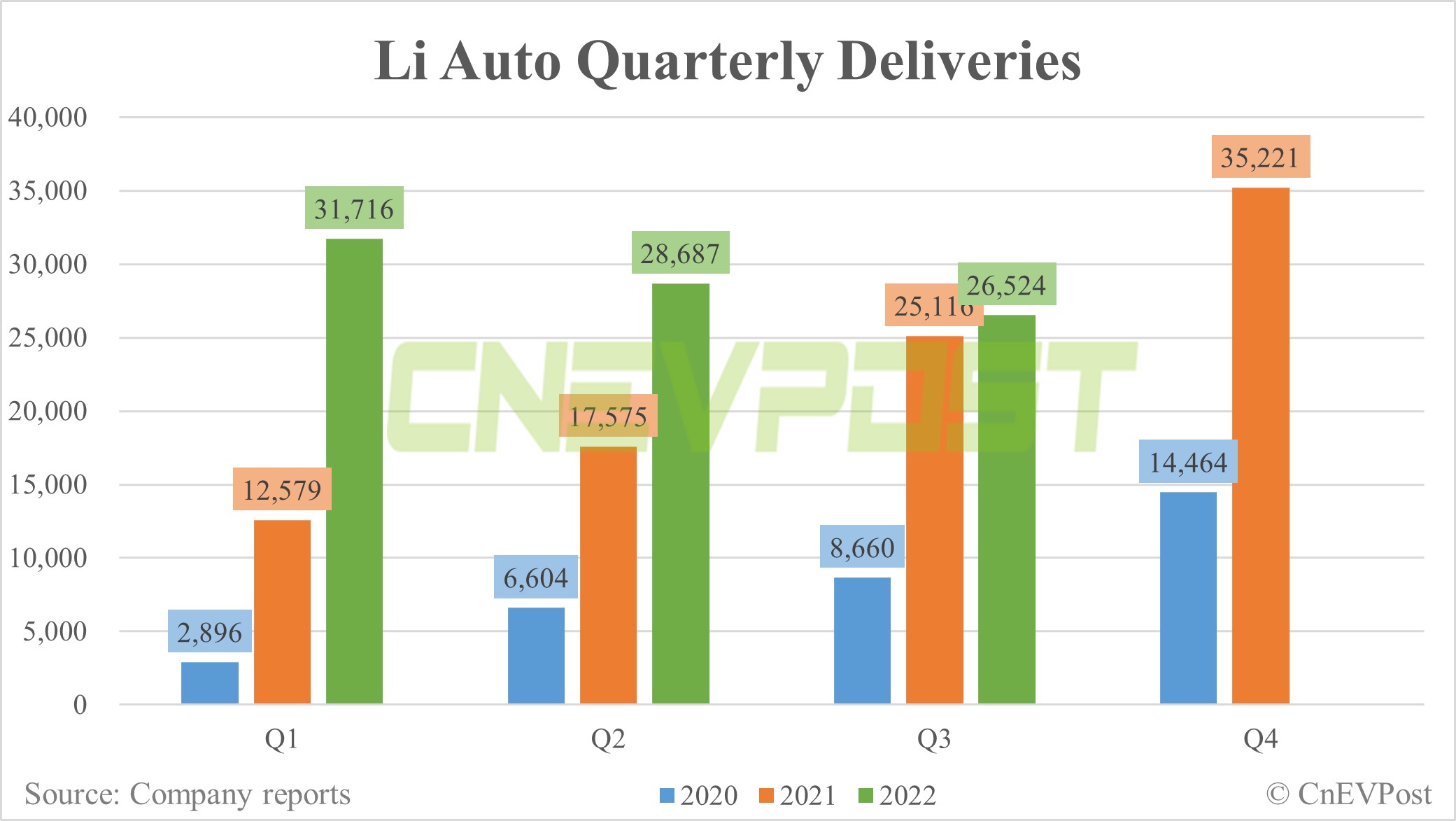 When Li Auto announced its second-quarter earnings on August 15, it provided guidance for third-quarter deliveries of 27,000 to 29,000 vehicles and revenue guidance of RMB 8.96 billion to RMB 9.56 billion for the third quarter.

However, on September 26, Li Auto lowered its guidance for third-quarter deliveries to about 25,500 vehicles, saying this was a direct result of supply chain constraints while underlying demand for the company's vehicles remained strong.

The company will continue to work closely with supply chain partners to address bottlenecks and accelerate production, Li Auto said in late September.

On November 1, Li Auto founder, chairman and CEO Li Xiang said on Weibo that the company will aim to achieve single-month revenue of more than RMB 10 billion in 2022.