Internal speech: William Li on NIO's new businesses, and why it's on right side of trend

People who originally drove BMWs won't go back to buying BMWs after buying NIO vehicles. That is the trend, Li said, adding that NIO is on the right side of the trend. 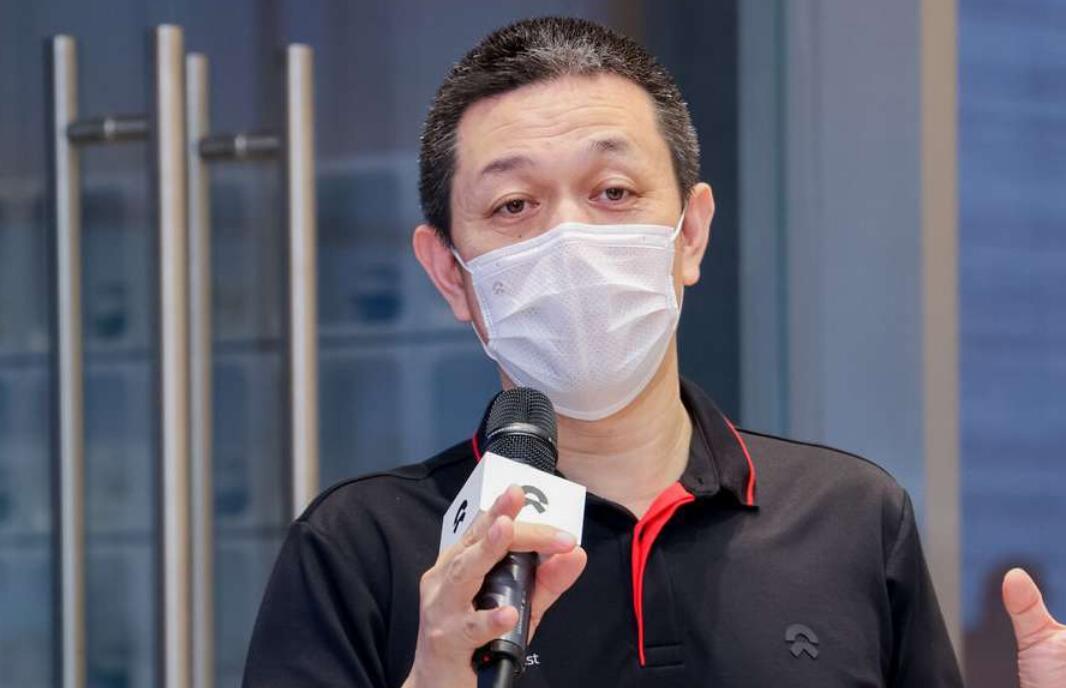 (File photo shows William Li speaking at an event during the opening of an NIO House in Guangdong.)

Observers, as well as investors, have many questions about NIO's strategy. The company's founder, William Li, gave a lof of answers in a recent internal speech.

November 25 marked NIO's eighth anniversary, and Li gave a speech to nearly 30,000 employees on November 15 to celebrate the occasion early, according to a report Monday by local media outlet LatePost.

Dozens of employees were represented at his speech, which most NIO employees watched via video, according to the report.

NIO is currently building not only NIO, a brand aimed at the high-end electric vehicle market, but also two sub-brands. And on top of that, the company has confirmed that it is developing its own batteries, chips, and will also launch its own phone models.

To some people and perhaps even some employees, these efforts to build a business outside of vehicles is a departure from the main business and a money burner.

Li said in his speech that NIO cannot let the new businesses, including batteries, chips and cell phones, stop, and that it is impossible for the company to catch up again if it has fallen behind.

He believes that for a business, the biggest cost is not money, but opportunity cost.

Li believes that smart electric vehicle companies will enter the final stage of the competition in 2024 and 2025. "We are now consistently investing RMB 3 billion per quarter in R&D, and if we don't get anything by 2025 after all this time and money is spent, it's over."

If a company is squeezed into the second tier in the final round, it is basically impossible for it to catch up to the first tier if it wants to, he said. "You can only be a second-tier languishing, barely alive person."

NIO has done a lot of things, but none of its current businesses can be reduced, and it has to do them to compete in the next phase, according to Li.

NIO's innovative business, core research and development must be done, otherwise, gross profit cannot reach more than 25 percent and there is no chance to participate in future competition, according to Li.

Li believes that the company must produce its own batteries and chips if it is to achieve a 20 percent gross profit in the mass market, otherwise, there is no possibility at all of achieving that goal.

Batteries currently account for nearly 40 percent of vehicle costs. Assuming that the battery manufacturer's gross profit is 20 percent, if NIO produces its own batteries, then it can get 8 percent more gross profit.

And if NIO produces its own chips, it can get an additional 10 percent gross profit.

Normally, the gross profit of a car is 10 percent, and if you can get 10 percent more you can reach 20 percent. "If it doesn't reach that level, it's over."

Those currently in charge of the battery business at NIO are those who were poached from other companies and were the No.1 and No.2 talents in charge of technology. NIO has a deeper knowledge of the matter than others, he said.

"What's more, it's not like we don't work with others. In the long run, we want 70 percent (of the batteries) to be produced by ourselves and 30 percent to be supplied from outside," he said.

B1 is the NIO sub-brand codenamed ALPS, with a model price range of RMB 200,000-300,000. B2 is the chip business, B3 is a lower-end car brand codenamed Firefly, and B4 is the cell phone business, according to the report.

NIO has been actively developing AD chips since last year, and the team now has 500 people, Li said in a conference call after the company announced its third-quarter earnings on November 10, adding that defining the chip from algorithms would be much more efficient and help boost gross margins.

If NIO can reduce the variety of MCUs (Microcontroller Units) used in its models, it will not only address fluctuations in chip supply, but also save money, Li said in his remarks.

If one car uses 20 MCUs, 20 million are needed to produce 1 million units, so it is cost-effective for NIO to develop such chips itself, according to Li.

Li revealed the progress of NIO's cell phone business in his speech, saying that the new products will be launched next year and are progressing well.

But as to why NIO wants to get involved in cell phone manufacturing, Li did not answer directly, but said it was a decision based on long-term strategic thinking for 5-10 years.

It is worth noting that Li has previously explained why NIO wants to launch its own cell phone model in exchange with vehicle owners.

He said in a group of owners in late March that Apple is very close to the automotive industry. For example, NIO's second-generation platform models come standard with UWB, but Apple doesn't open up the interface. NIO has to properly study cell phones and car-centric smart devices from the user's interest and experience, he said.

"Think about it, if by 2025 Apple's car models are released, and 60 percent of NIO's users or even more users use Apple iPhones, NIO has no defense at all," he said at the time, adding, "NIO is not doing well today if we don't do something to prepare for it by then. "

On November 27, NIO opened a new NIO House in Dongguan, Guangdong province, and Li said at the time that NIO's cell phone project has teams in Shanghai and Shenzhen and is progressing well.

For users currently using Android-powered phones, they may not have to change their phones in a year, Li said at the time, hinting that NIO's phone is expected to be released within a year.

NIO now has close to 30,000 employees, and the company will not easily lay off employees or cut back on business, Li said in his latest presentation.

Li believes the company is safer now and employees don't have to worry about not being paid next month's salary compared to the crisis NIO faced in 2019.

The external environment was generally good in 2019, when it was NIO that had problems. Now it's the macro environment, the industry as a whole, that's facing challenges, Li said.

In today's environment, different companies have different approaches. For example, some companies choose to lay off 20 percent of their staff or stop hiring, but NIO doesn't do that, according to Li.

Cost savings are not dependent on layoffs as well as cutting back on operations, he said, adding that NIO also does not take it easy to add employees.

NIO's goal is to break even by 2024, and improving systemic efficiency is the company's top priority for the next two years, Li said.

NIO has spent some time ramping up capacity at its NeoPark plant, and now that vehicle manufacturing is no longer a bottleneck, the main focus is on selling cars, Li said.

But the Covid outbreak continues to pose challenges to the supply chain, causing capacity problems.

He acknowledged that NIO's forecasts for production and sales plans were not accurate enough and that the next step would be to strengthen that effort, and that management should have been involved earlier.

The NIO brand has a large product portfolio, with ET5 having as many as 120,000 SKUs, Li said, adding that many people buy ET5 because of the many colors to meet individual needs in this price range.

NIO's sub-brand ALPS will reduce the number of products to improve efficiency, and the number of models will be half that of the NIO brand, according to Li.

In his speech, Li urged employees to be patient, saying that the industry is on the right trend as China's new energy vehicle (NEV) penetration rate is approaching 30 percent.

"What is the trend? People who originally drove BMWs will not go back to buying BMWs after buying NIO vehicles. That is called a trend," he said.

NIO is on this side of the trend, Li said.

In addition to the above, Li said the next generation of NIO's models will come to the US.