Tesla produces new vehicles in the first half of each quarter primarily for export, and October's numbers continue that pattern. 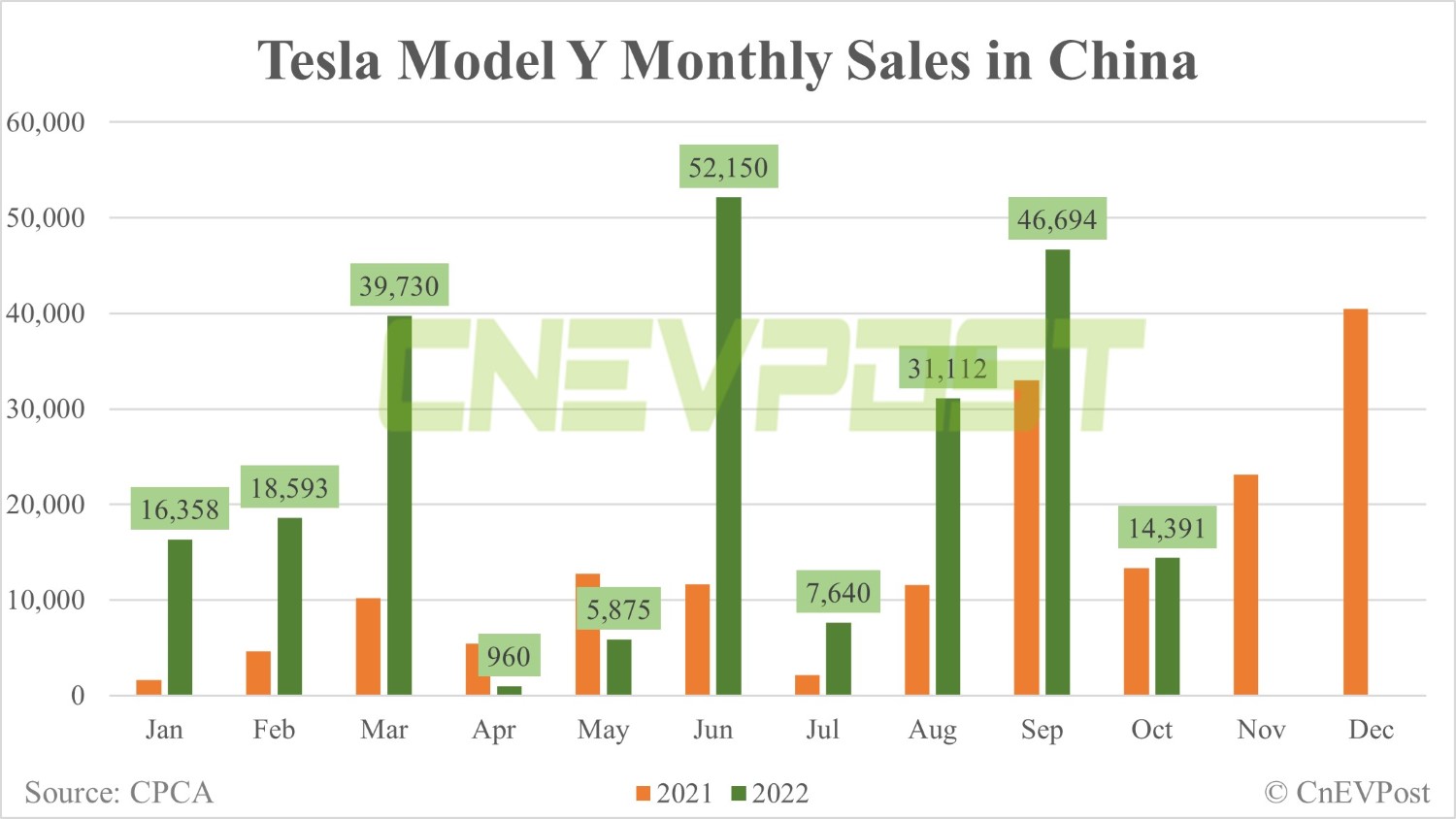 Tesla's retail sales breakdown in China is available after export figures for its China-made vehicles were released yesterday.

Tesla Model Y retail sales in China in October were 14,391 units, according to data released today by the China Passenger Car Association (CPCA). 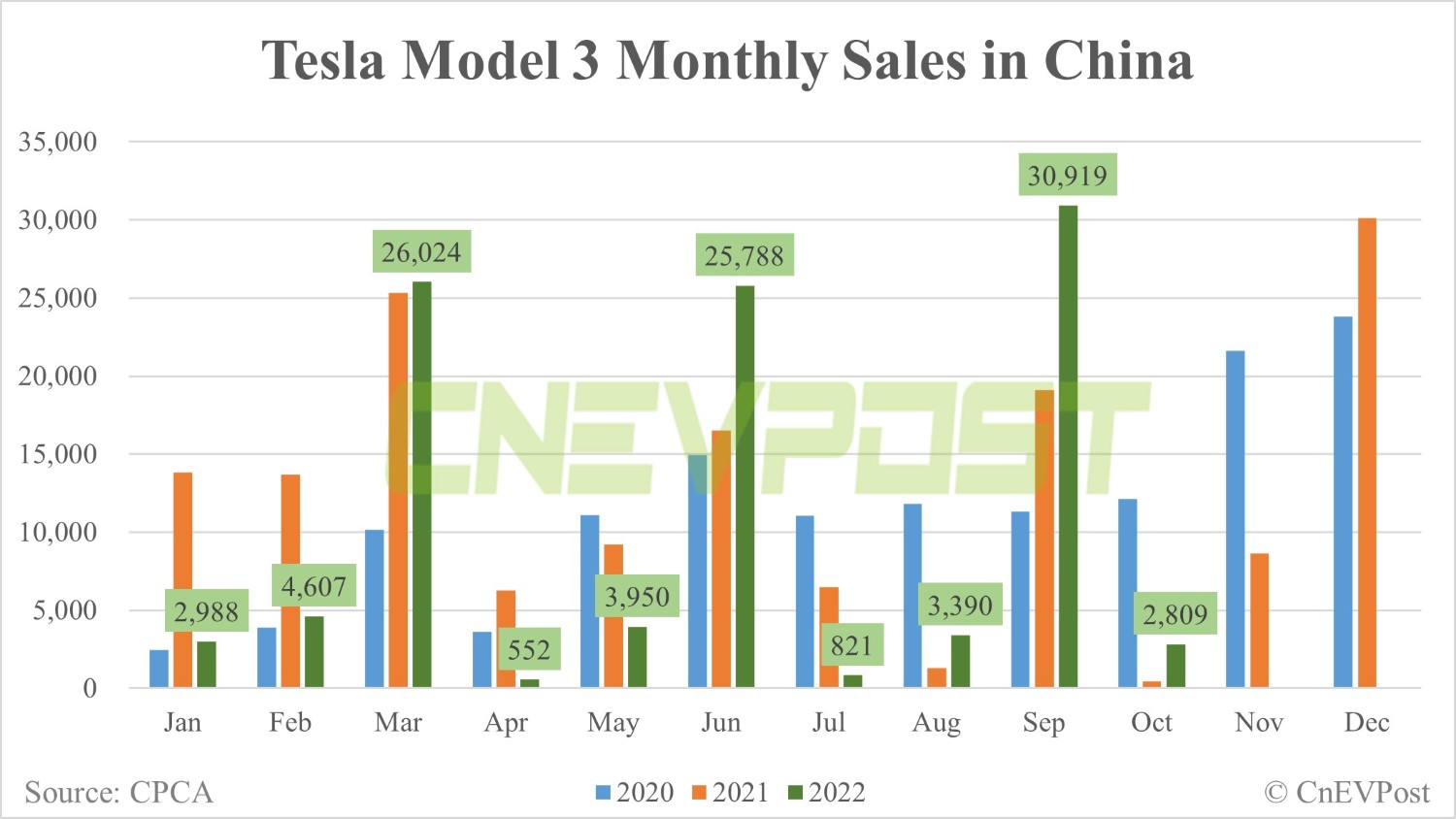 It is worth noting that Tesla produces new vehicles in the first half of each quarter primarily for export, and October's numbers continue that pattern.

Tesla China's wholesale sales in October were 71,704 units, including 54,504 units for export, the CPCA said yesterday.

Despite fewer local deliveries of the Model Y in October, the model still ranked No. 1 in China in sales of high-end SUVs with a starting price above RMB 300,000 ($41,400), according to the CPCA's list released today. 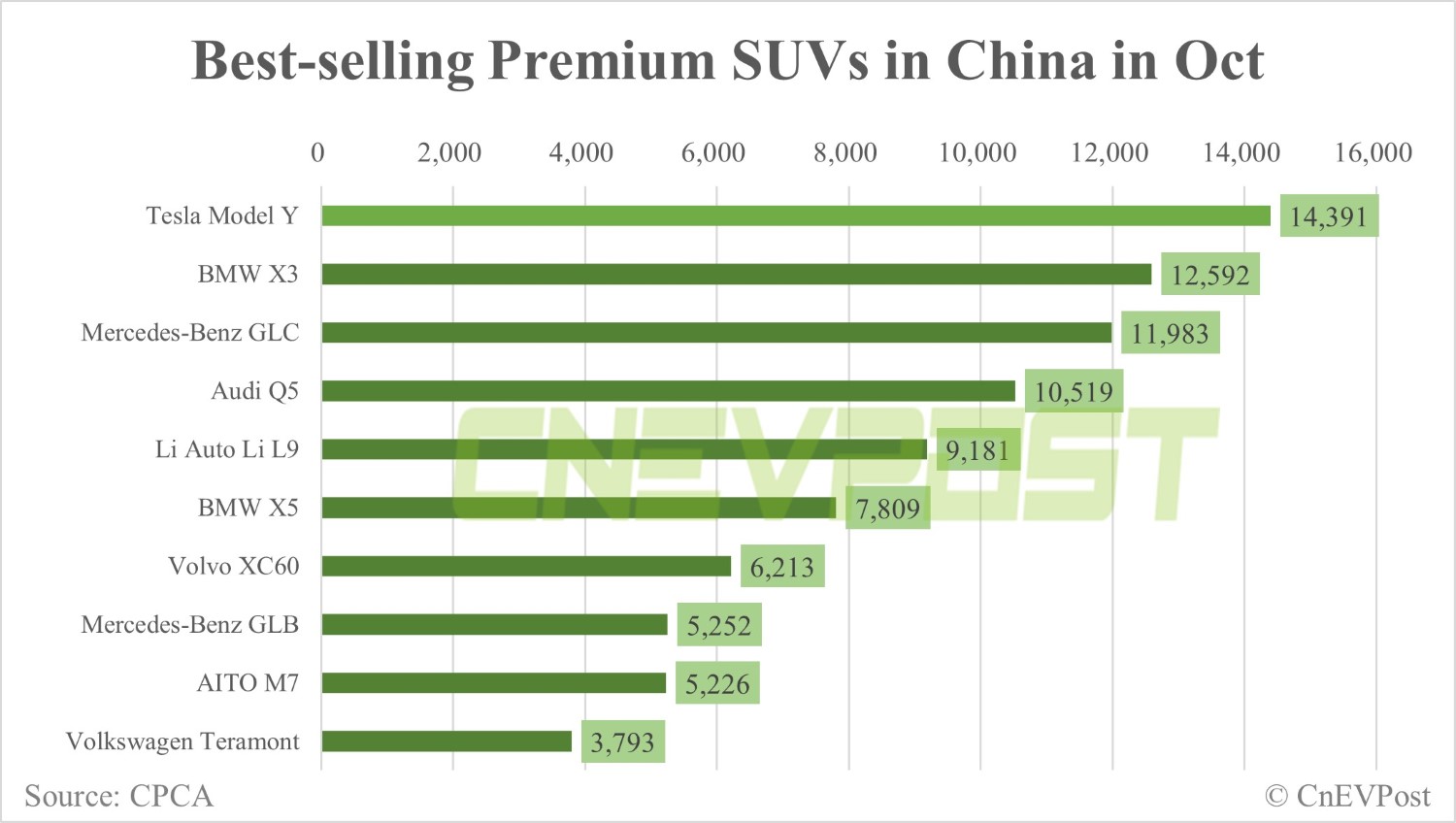 In the October sales ranking of all SUVs -- including internal combustion engine models -- the BYD Song ranked first with 56,138 units and the Model Y ranked 10th.

In September, the Model Y was the highest-selling of all SUVs in China.