Tesla delivered 17,200 vehicles to local Chinese consumers in October. The company produces new vehicles in the first half of each quarter primarily for export. 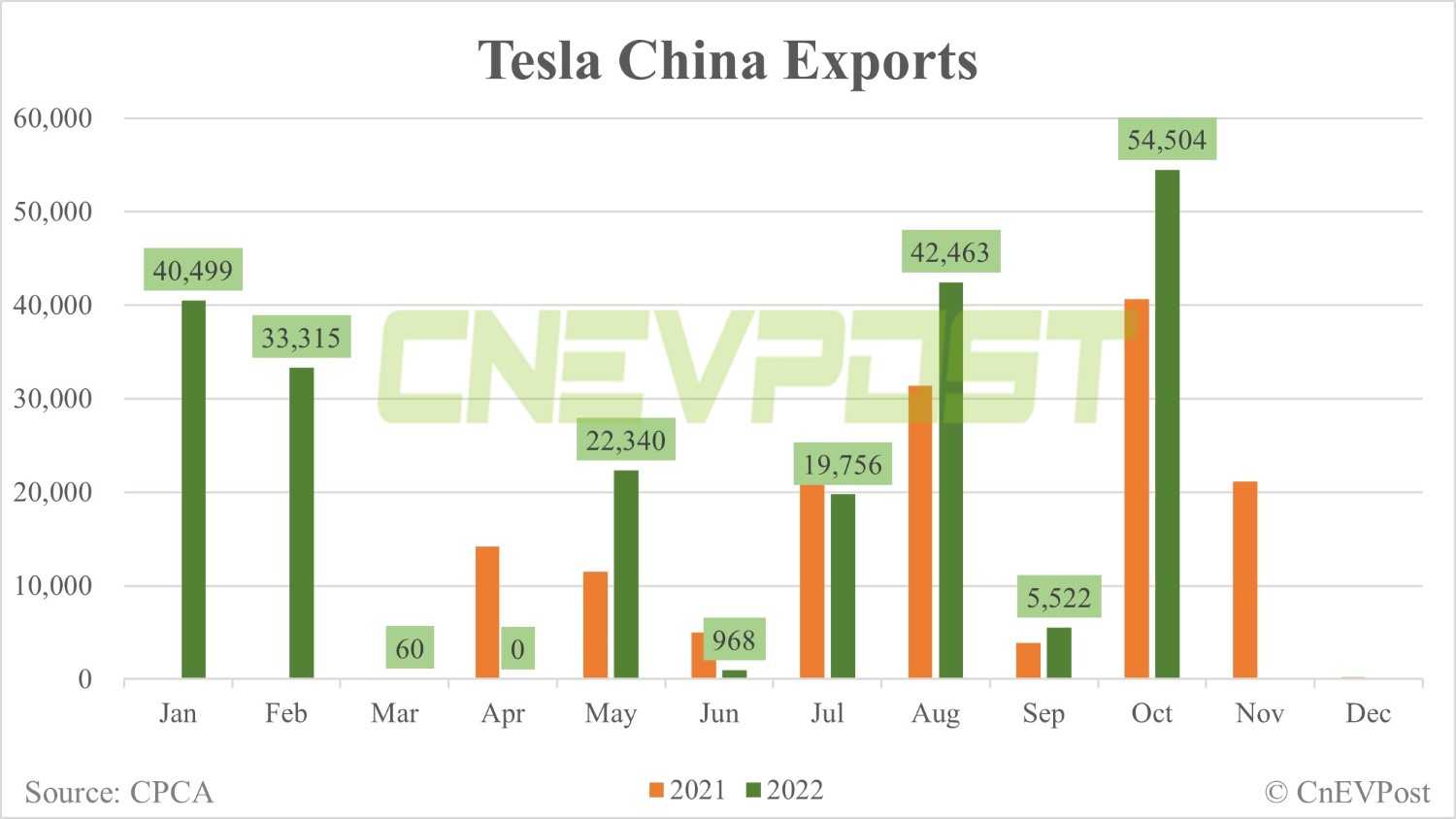 Tesla China's wholesale sales in October were 71,704 units, including 54,504 units exported, according to a report released today by the CPCA.

This also means that Tesla delivered 17,200 vehicles to local Chinese consumers in October.

Notably, Tesla produces new cars in the first half of each quarter primarily for export, and October's numbers continue that pattern.

"Tesla makes cars for export in first half of quarter & for local market in second half," the company's CEO Elon Musk's account wrote on Weibo on August 18 in both Chinese and English.

The CPCA's latest report did not provide a breakdown of Model 3 and Model Y sales in China, which are expected to be revealed in an upcoming report.

On October 24, Tesla cut the price of the full Model 3 and Model Y lineup in China, as it appears to be starting to face a lower order pool.

Earlier today, Tesla announced a discount of up to RMB 8,000 ($1,110) for Chinese consumers who purchase inventory vehicles.