China's wholesale sales of new energy passenger vehicles were about 680,000 units in October, according to estimates released today by the China Passenger Car Association (CPCA).

In October, production and sales trends in China's new energy passenger car market were muted, with leading manufacturers struggling to maintain growth, according to the CPCA.

For the 16 major automakers that contributed 83.3 percent of new energy vehicle (NEV) sales in September, their estimated sales in October were 567,000 units, according to the report.

Due to the recent Covid outbreak in several regions, China's Covid controls have been tightened again, leading to disruptions in the flow of dealers and consumers and high sales pressure on car companies in the fourth quarter, the CPCA said.

Several large and medium-sized cities postponed auto shows originally scheduled for September to October to late October to November, which also led to a backward shift in the overall sales pace, according to the report.

In terms of wholesale sales of new energy passenger vehicles, BYD continued to occupy the No. 1 position with sales of 217,518 units, Tesla China ranked second with 71,704 units, and SAIC-GM-Wuling ranked third with 52,086 units, according to the CPCA. 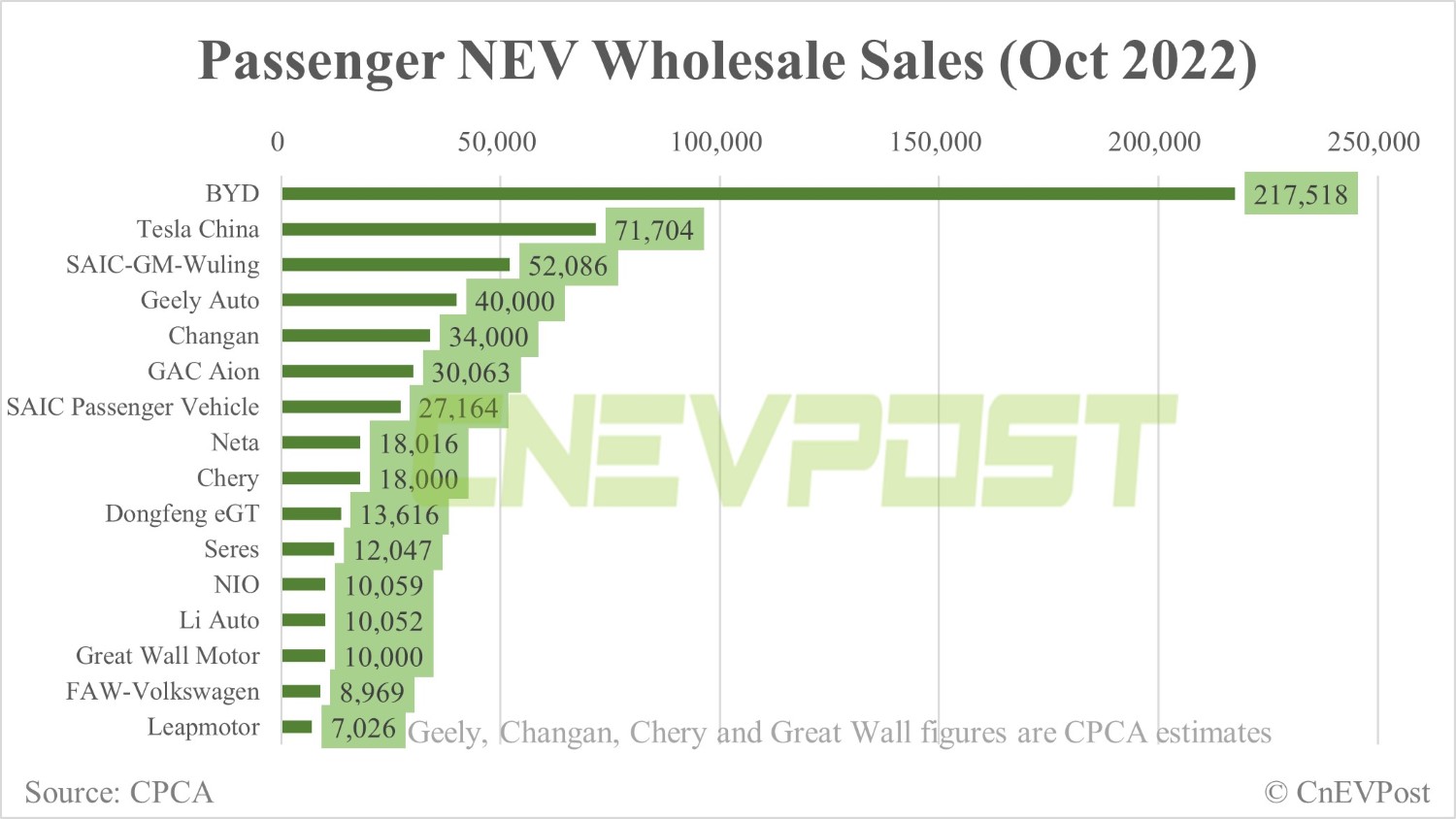