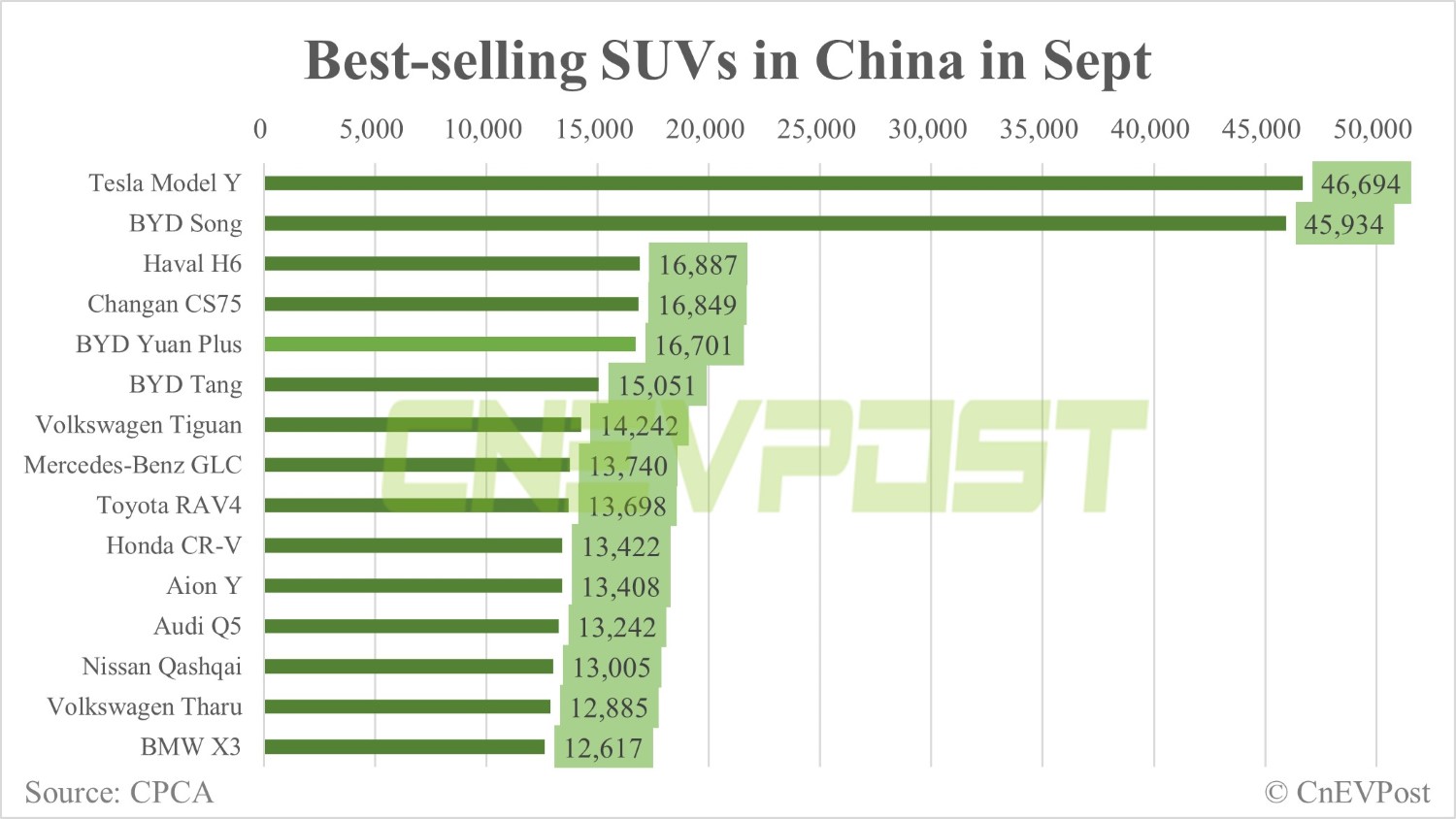 Tesla's Model Y sold 46,694 units at retail in China in September, the most of any SUV in the country, according to a list released today by the China Passenger Car Association (CPCA).

Tesla sold 83,135 Chinese-made vehicles in September, including 5,522 for export, according to data released earlier this month by the CPCA.

Tesla currently has a factory in Shanghai that produces the Model 3 and Model Y. Retail sales of the Model 3 sedan in China in September were 30,919 units, according to today's data from the CPCA. 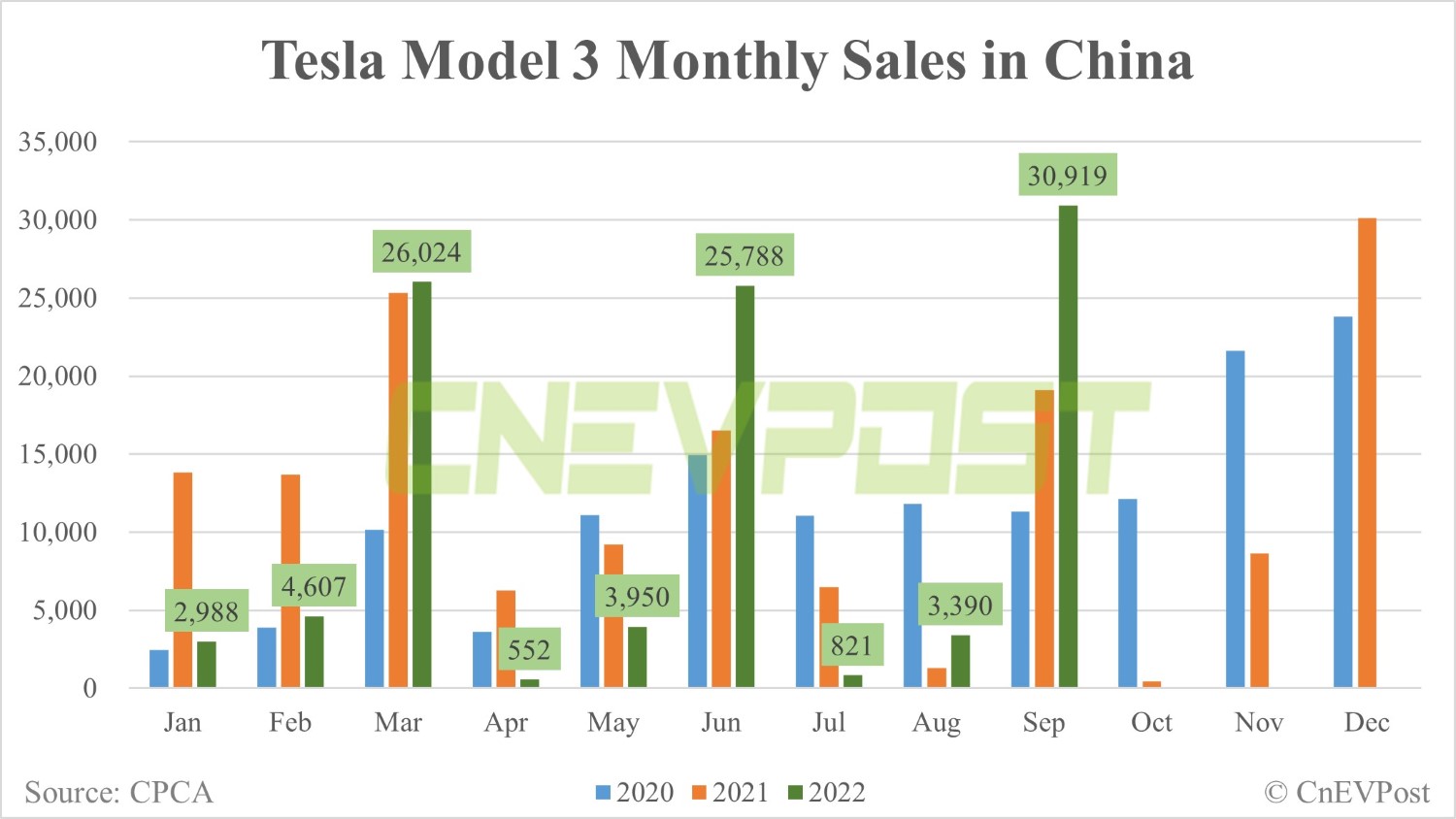 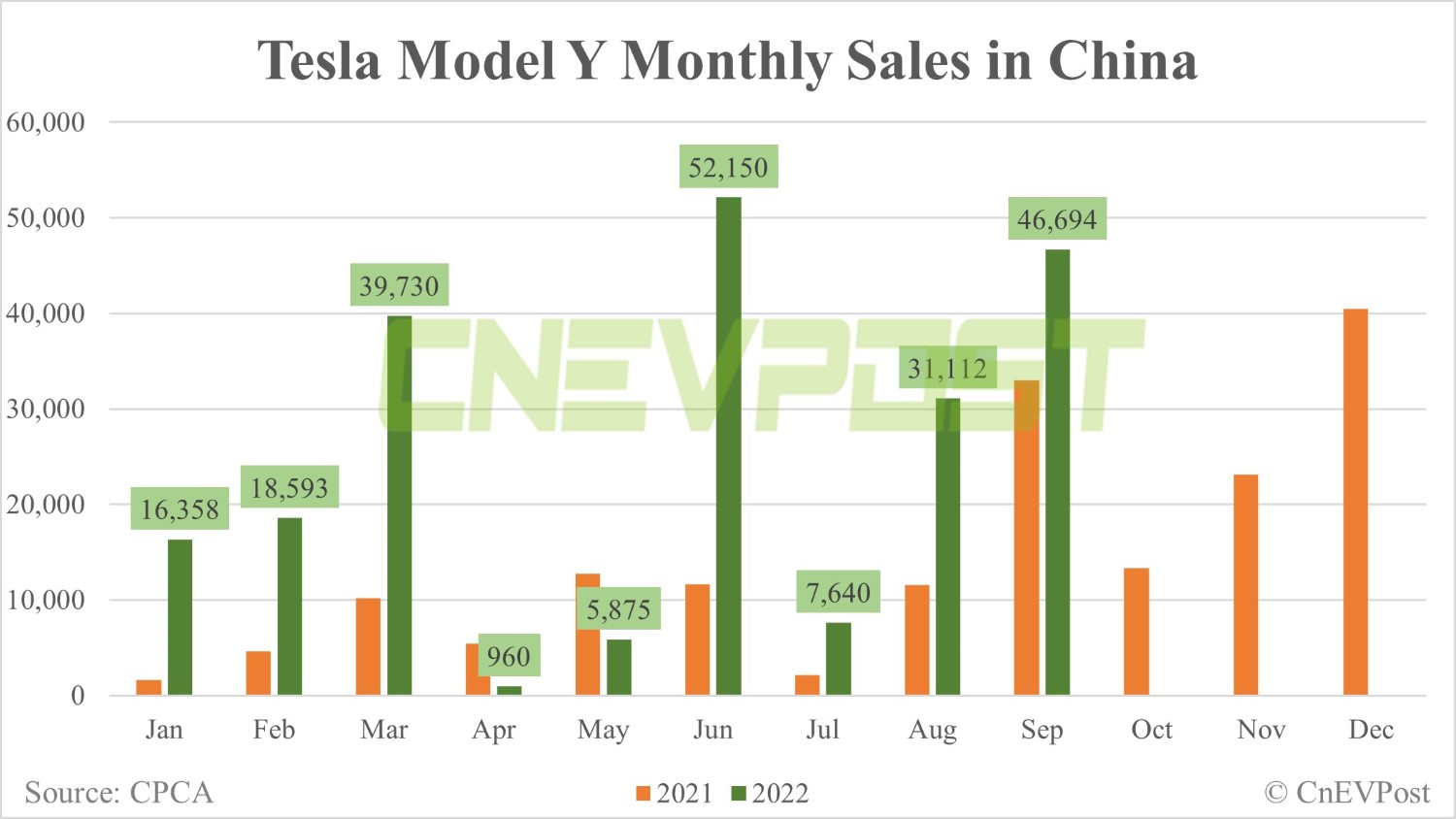 In the September SUV sales rankings, which include internal combustion engine vehicles, the BYD Song came in second with 45,934 units and the Haval H6 came in third with 16,887 units.

If SUVs powered entirely by internal combustion engines are excluded, then Tesla Model Y and BYD Song ranked the top two, followed by BYD Yuan Plus and BYD Tang. 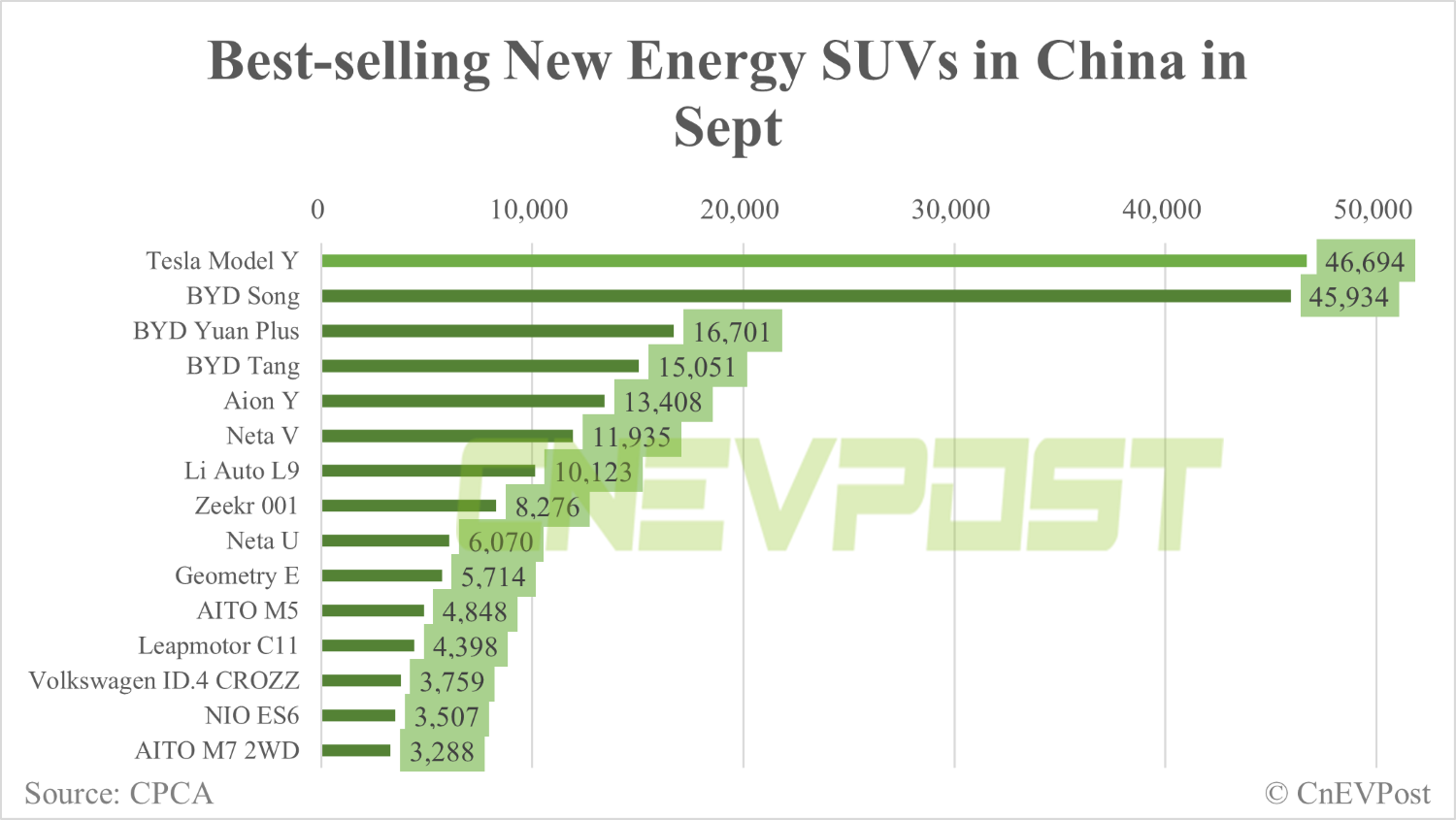 The Tesla Model 3 returned to the new energy sedan sales ranking, coming in fourth on the CPCA's list.

Among all sedans, including ICE vehicles, the Model 3 ranked 6th. 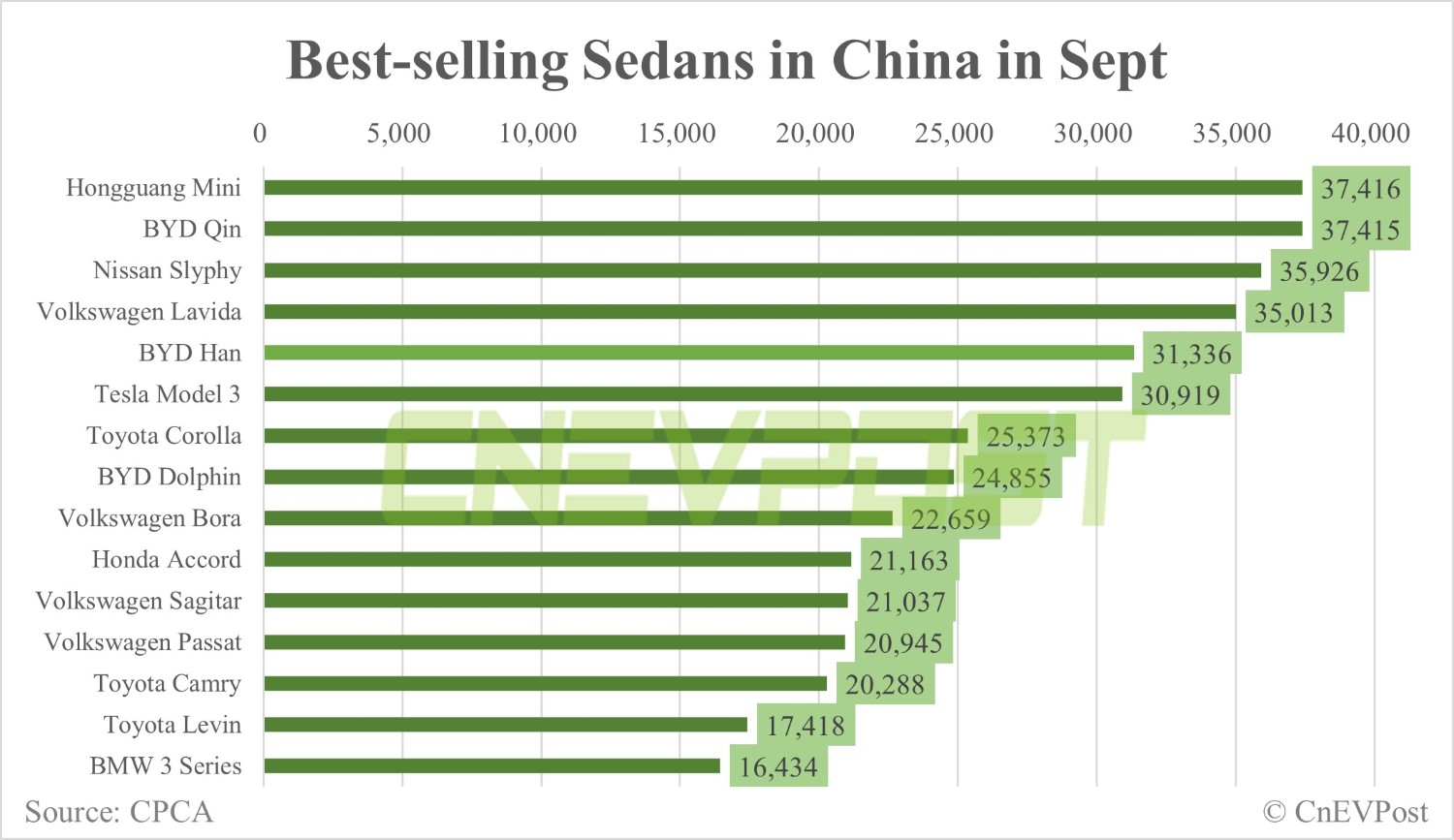