Two workers on the production line at Tesla's Shanghai plant were cited by local media as saying they could receive three times their usual pay for the first three days of the holiday, which runs from October 1-7. 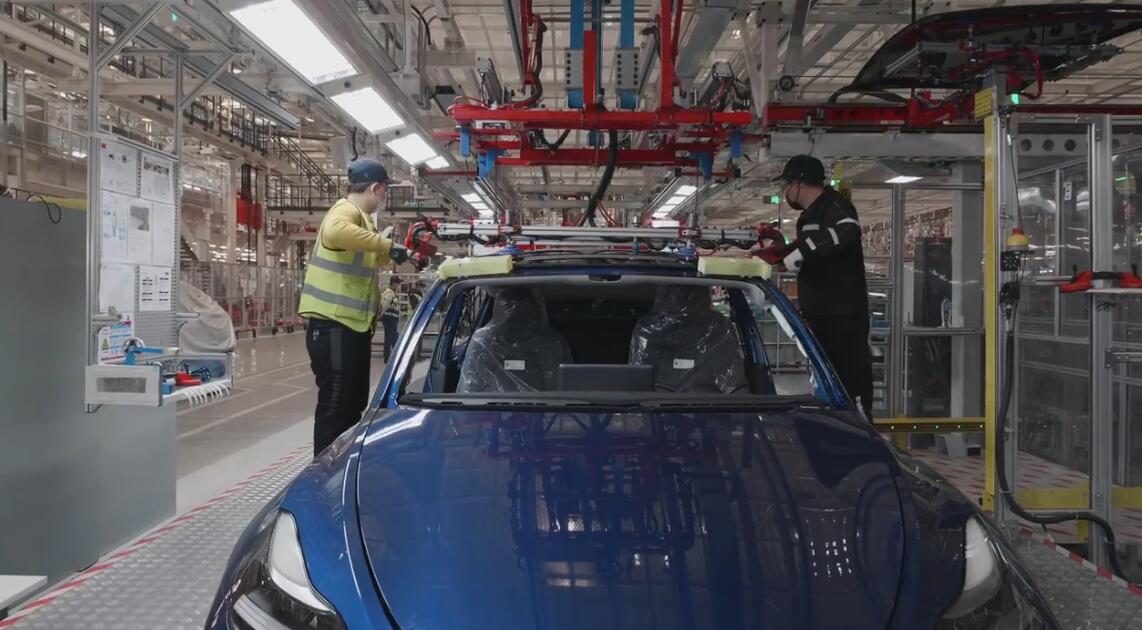 Factories at manufacturing companies typically maintain operations during China's National Day holiday, which runs from October 1-7, although additional overtime will be paid.

Time Weekly cited a Tesla production line employee who goes by the pseudonym Zhang Jinlei as saying he was paid three times his usual daily salary, or about 1,200 yuan ($170), from October 1-3.

Another employee, who goes by the alias Wang Zhiming, said he gets overtime pay of three times his usual salary, more than RMB 1,000 per day, on October 1-3, but such opportunities only come a few times a year.

There are currently 11 days on which workers are entitled to triple pay, including:

For the National Day, workers are entitled to triple pay on October 1-3, although 4-7 are also holidays, but they only get twice the usual pay, the same as weekends.

The current production situation at Tesla's Shanghai plant is good, and the recent typhoons and holidays have had little impact on production, Time Weekly said today, citing Cui Dongshu, secretary-general of the China Passenger Car Association.

For Tesla's Shanghai plant, the most important thing right now is to maintain a stable supply chain and steady production, Cui added.

The Time Weekly report didn't mention other electric vehicle companies like NIO, XPeng Motors or Li Auto, but the situation should be similar for them, as Chinese manufacturing typically keeps things running during holidays.

Giga Shanghai, which makes the Model 3 as well as the Model Y, has an annual capacity of more than 750,000 units, according to Tesla's second-quarter earnings report released on July 20.

That makes Giga Shanghai's capacity more than Tesla's 650,000-unit annual capacity at its California plant, making it Tesla's largest factory in the world.

In addition to these two factories, Tesla's factories in Berlin, Germany and in Texas, US, both have an annual capacity of more than 250,000 units, and they currently only produce the Model Y.

Several local media previously reported that Tesla upgraded its production line at Giga Shanghai in late July and early August and the annual production capacity will be expanded to around 1.1-1.2 million units after the upgrade.

On September 27, Reuters reported that Tesla's Shanghai plant had increased its weekly production by 30 percent to a maximum of 22,000 units after the recent upgrade. This means an annual production capacity of about 1.15 million units.

The upgraded Tesla Shanghai plant can produce 14,000 Model Ys and 8,000 Model 3s per week, according to the report.

However, Tesla plans to keep production at the Shanghai plant at about 93 percent of capacity by the end of the year, Reuters said in the report, citing two people familiar with the matter.