NIO will hold its first local NIO Day event in Europe in the fourth quarter, its president previously said.

Both of NIO's founders were in Germany, a rare move that may signal that the electric vehicle (EV) maker has significant plans for the region soon.

NIO's founder, chairman, and CEO William Li, and co-founder and president Qin Lihong were both in Germany and took a ride in the company's ES8, according to information shared by car blogger @CH_陈函 on Weibo on Sunday.

"With both big bosses arriving, NIO's European strategy launch shouldn't be too far away," the blogger wrote.

Below is a photo of Li (first on the right) and Qin (center) with an ES8 that the blogger shared. 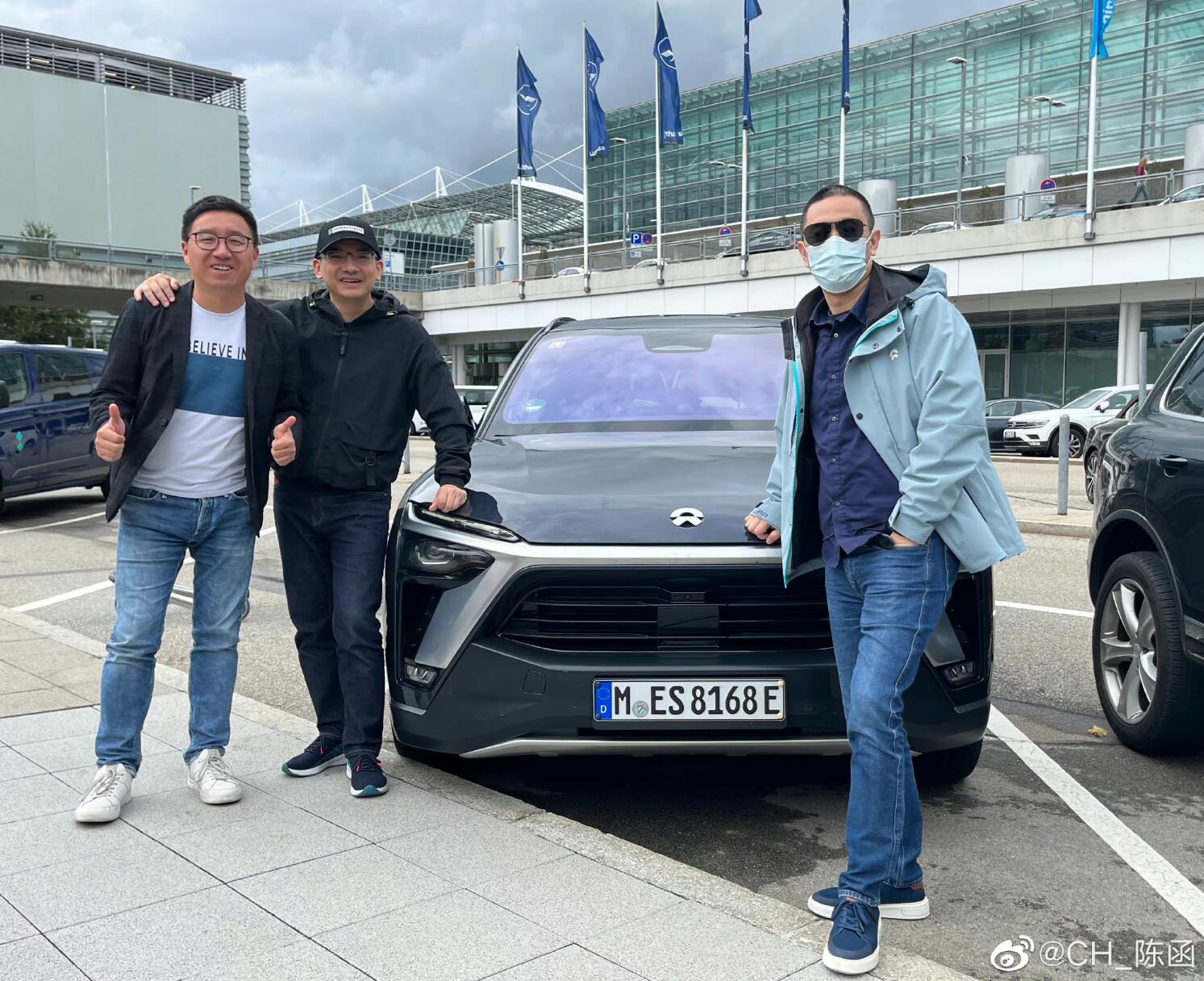 The ES8's license plate, "MES8168E," is interesting in that it contains the vehicle's model information, but at first glance it looks reminiscent of Mercedes.

"I am in Germany for the first time in three years and finally got to ride in our own car," the blogger shared in a message posted by Li in a group. 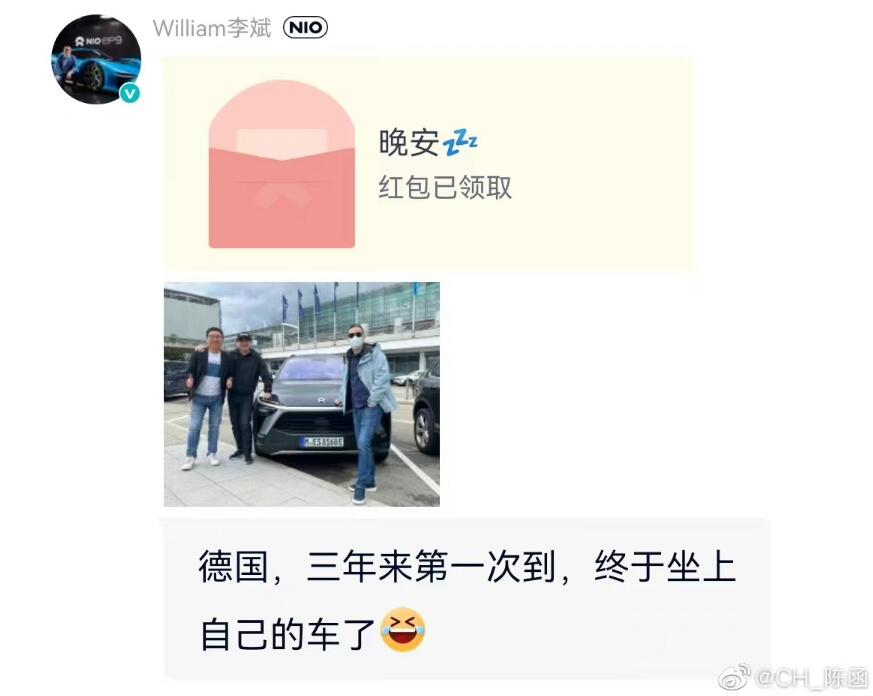 Li and Qin's visit to Germany comes at a time when NIO is ramping up its efforts in Europe.

On September 16, NIO announced that its NIO Power Europe plant in Budapest, Hungary, saw the first battery swap station roll off the line, which will be shipped to Germany.

A month earlier the company announced its first batch of ET7 flagship sedans to be delivered in Europe set sail.

NIO first presented the ET7 in Germany last September, and the company said at the time that the ET7 would be its first model to be sold in Germany in 2022, with deliveries expected to begin in the fourth quarter of 2022.

On August 26, Qin said in a small media communication on the first day of the Chengdu auto show that in the fourth quarter, NIO will hold its first local NIO Day event in Europe, according to local media outlet Ddxq.tech.

NIO has started to enter the European market at a certain scale, and will certainly face many challenges in the process, but there is a possibility that it will be able to gain a leading position, Qin said at the time.

Qin believes that NIO's competitiveness in Europe has increased, not decreased, compared to the Chinese market.

This is because the level of competition in China's smart electric vehicle market is greater than that of other countries combined, Qin said.