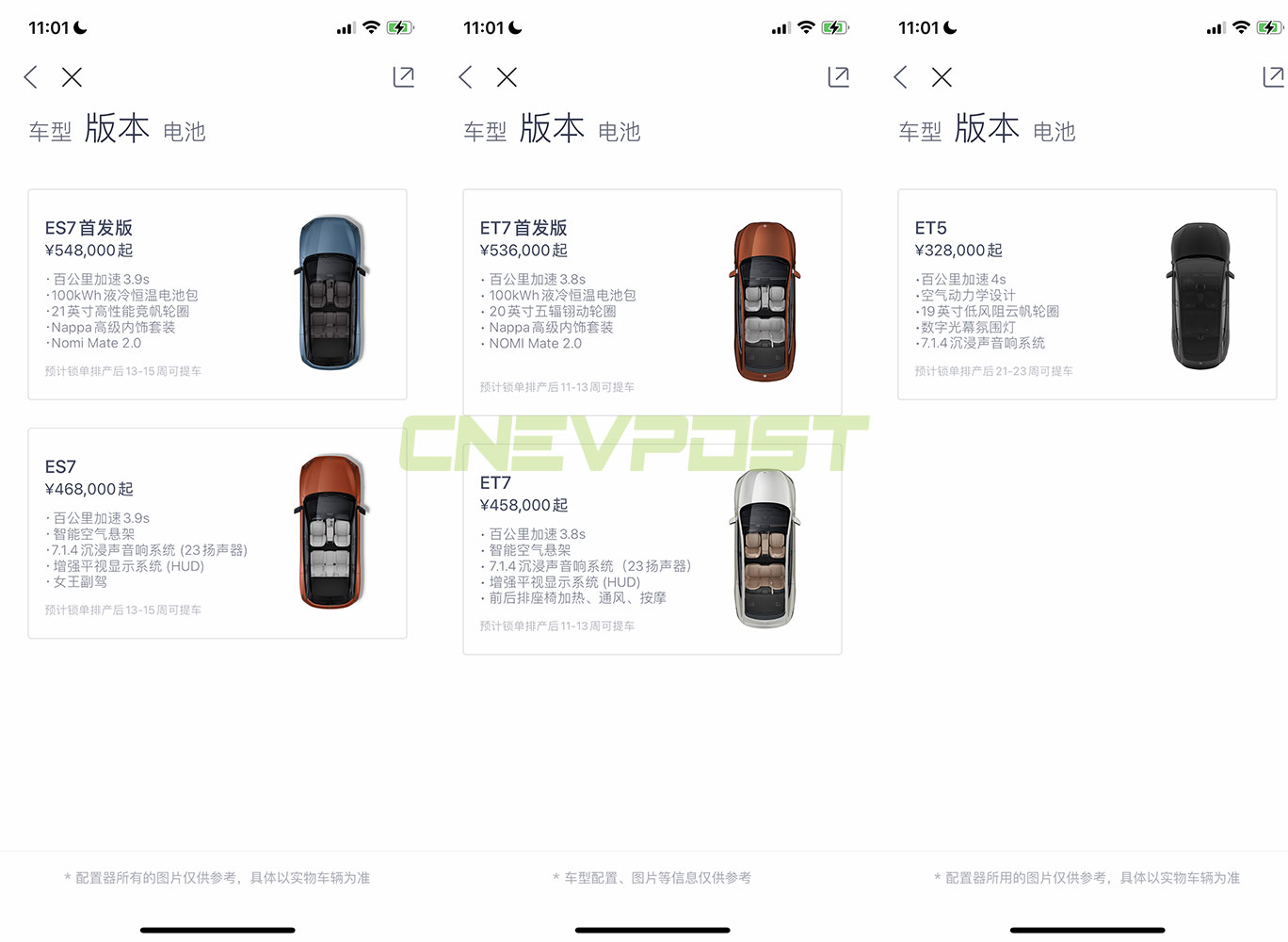 NIO has started showing expected delivery lead times for all models on its mobile app, and its models based on the latest NT 2.0 platform have much longer waiting times than those based on the NT 1.0 platform.

For consumers ordering the ET5 now, they can expect delivery in 21-23 weeks after locking in their order, or a wait time of about 5-6 months, information from the NIO App shows.

NIO unveiled the ET5 and started accepting pre-orders at NIO Day 2021 late last year. The company began allowing consumers to lock in their orders on September 9 and closed the reservation channel. Deposits paid by consumers before September 9 are refundable at any time, and deposits made after that date are non-refundable.

First deliveries of the ET5 are expected on September 30, and William Li, the company's founder, chairman and CEO, said during the second-quarter earnings call on September 7 that NIO is well prepared for ET5 deliveries of more than 10,000 in a single month in December, with a higher internal target.

The NIO ET5 is being produced at the company's second plant in the NeoPark in Hefei, Anhui province, and yesterday the company announced that it has completed employee training for the model.

The expected lead time for NIO's flagship sedan, the ET7, is 11-13 weeks after consumers lock in orders, or about 2-3 months. Deliveries of the model began on March 28, and cumulative deliveries to the end of August were 12,511 units.

The expected delivery lead time for the ES7, the company's first SUV based on the NT 2.0 platform, is 13-15 weeks, or about 3-4 months. Deliveries of the model began on August 28, with 398 units delivered in August.

As a comparison, all of NIO's NT 1.0 platform-based models have shorter wait times, with all expected delivery dates of 4-6 weeks for consumers ordering the ES8 ES6 and EC6 now. 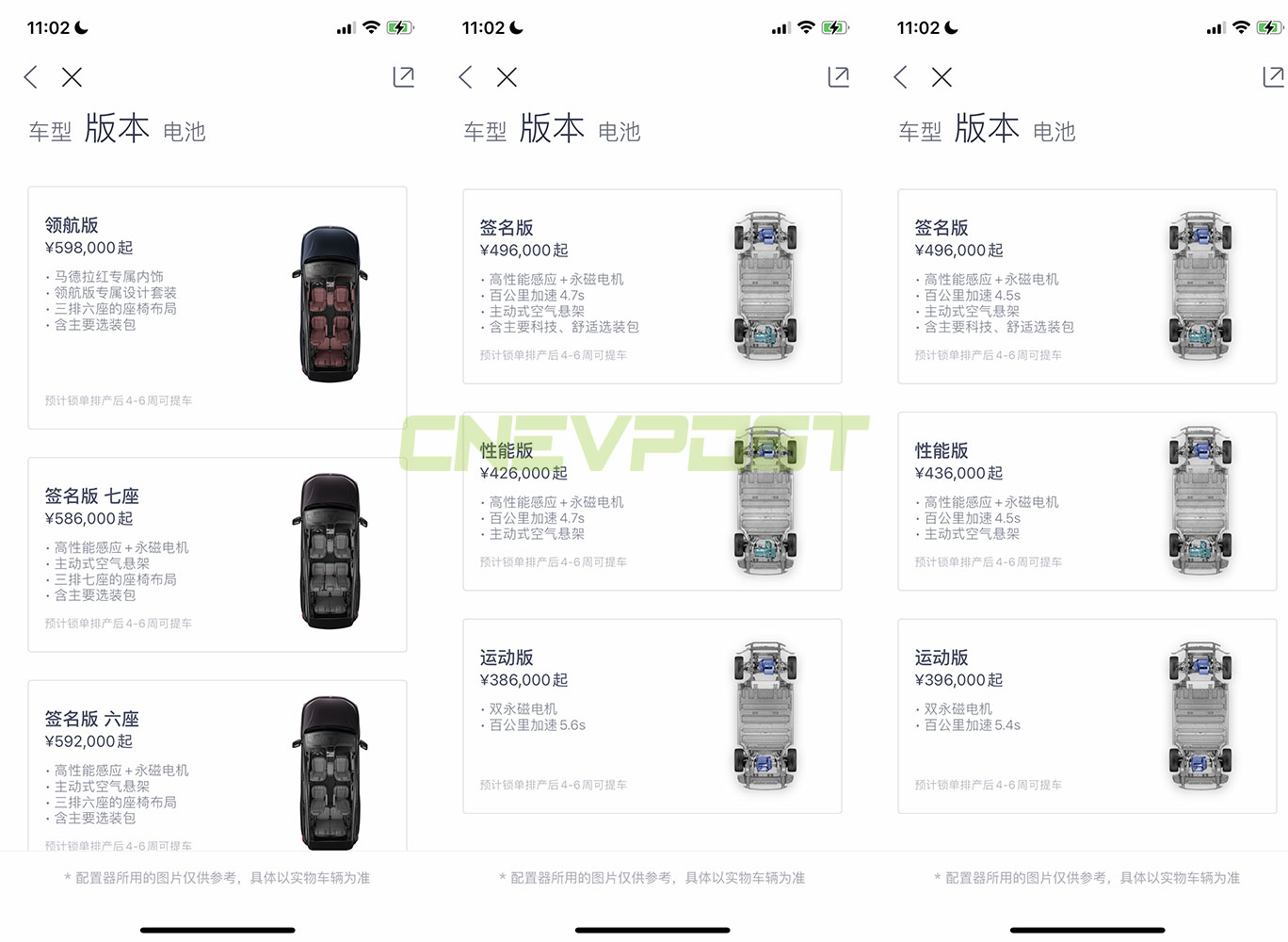 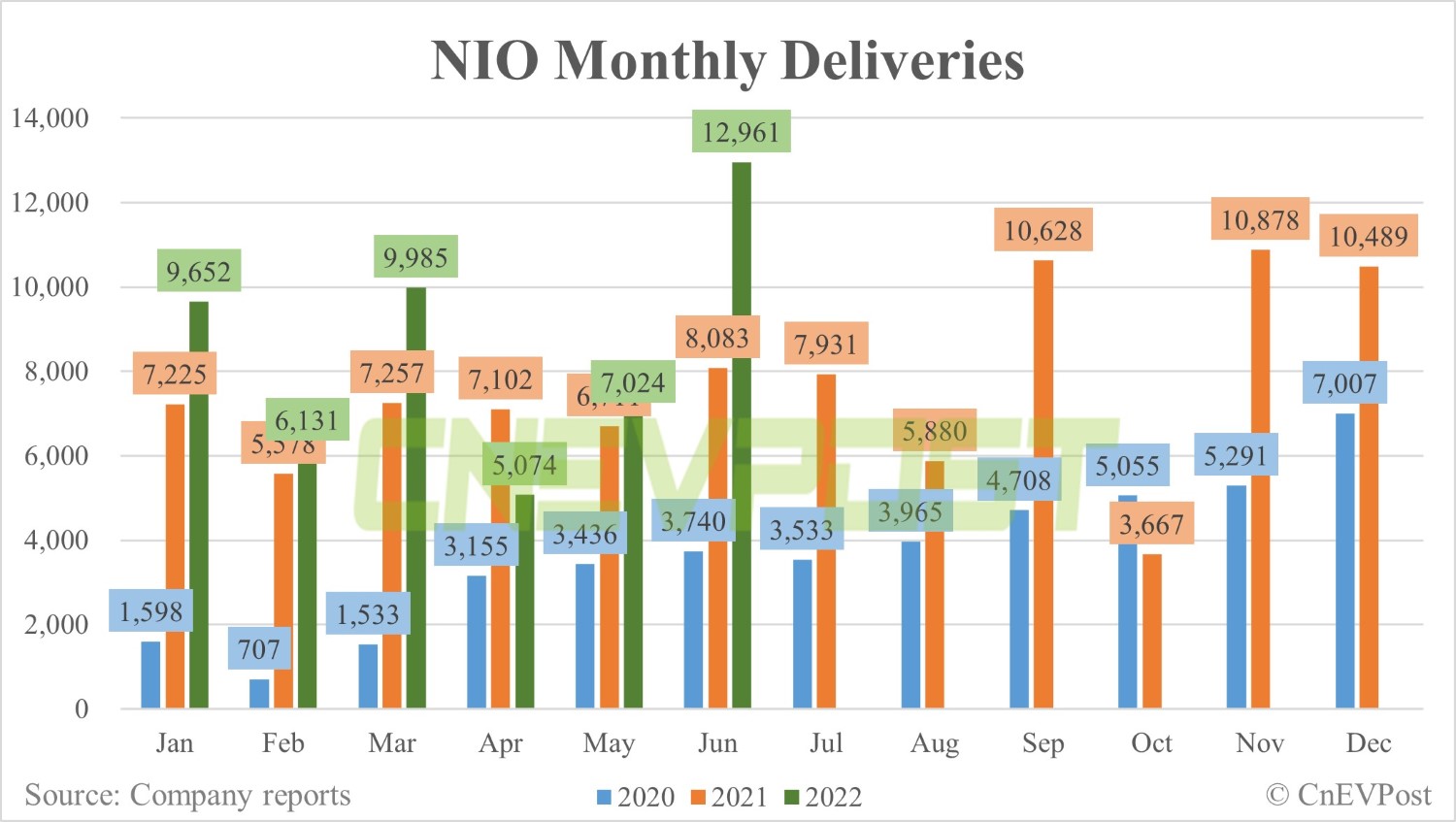