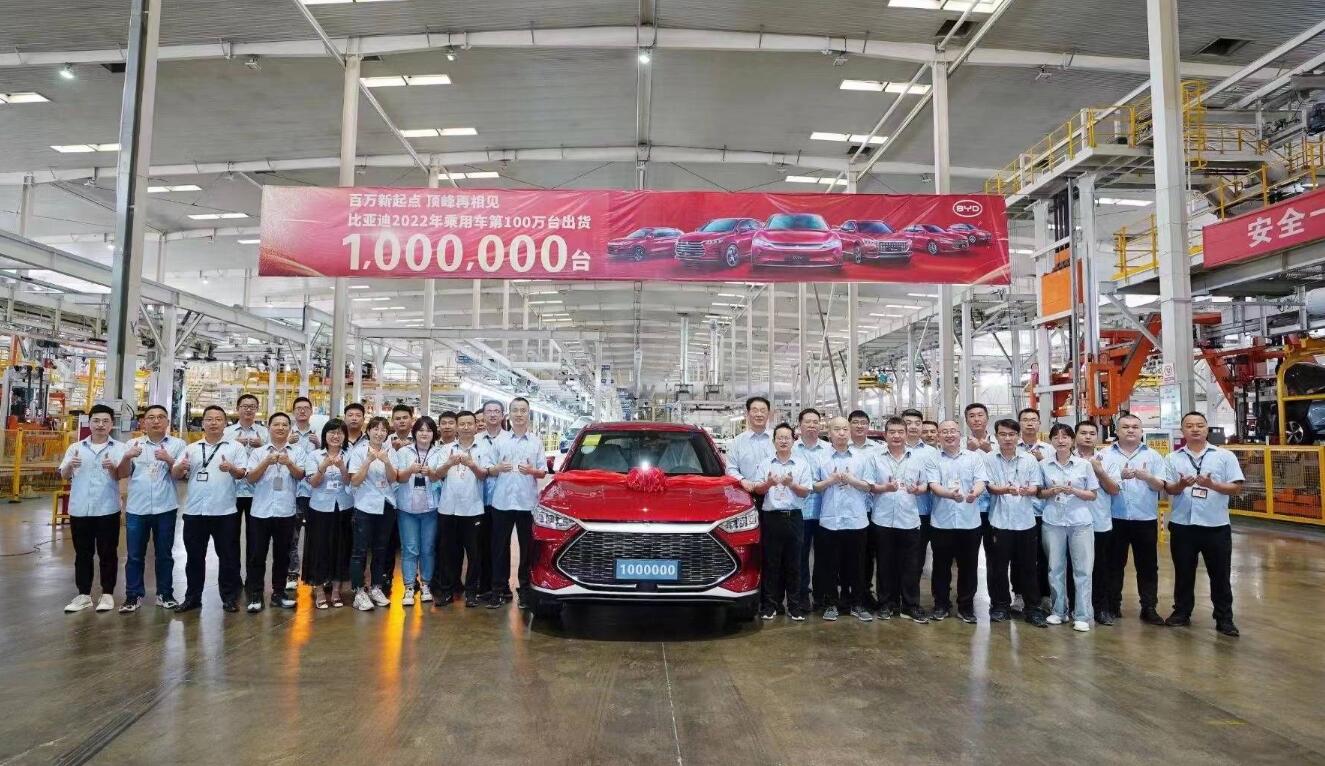 BYD saw its 1 millionth passenger vehicle this year roll off the production line on September 5, the first time the largest new energy vehicle (NEV) maker in China has seen the milestone in a single year.

The 1 millionth passenger car is a Song Plus DM-i, a plug-in hybrid model. The Song family of models is BYD's best-selling, and by far the best-selling SUV in China. 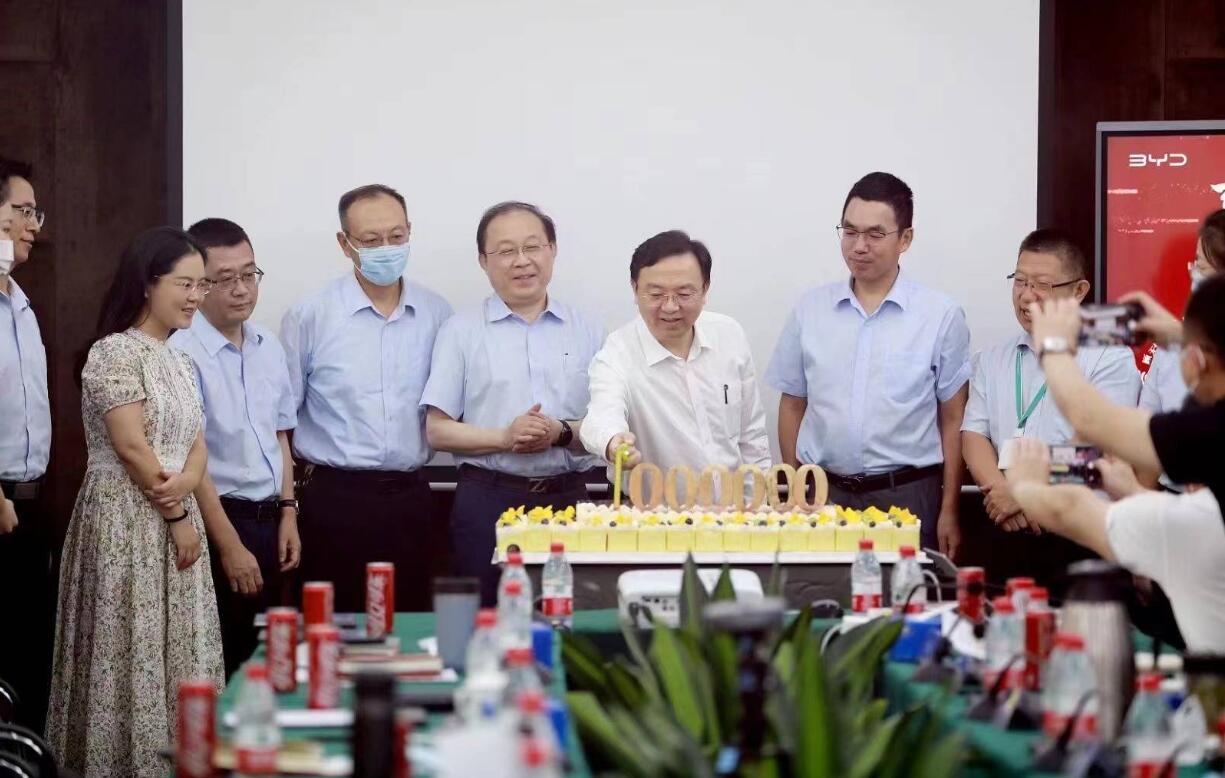 The BYD Song family sold 42,500 units in August, the company's highest-selling model for the month, bringing cumulative sales of the model to more than 1.29 million units since its launch.

Each variant of the BYD Song offers several version options, with the Song Plus DM-i offered in seven specifications and a current price range of RMB 152,800 ($22,040) to RMB 216,800 after subsidies.

BYD's sales have continued to grow rapidly so far this year as production capacity has expanded. Its NEV sales have exceeded 100,000 units for the sixth consecutive month since production and sales of vehicles powered entirely by internal gas were discontinued in March. 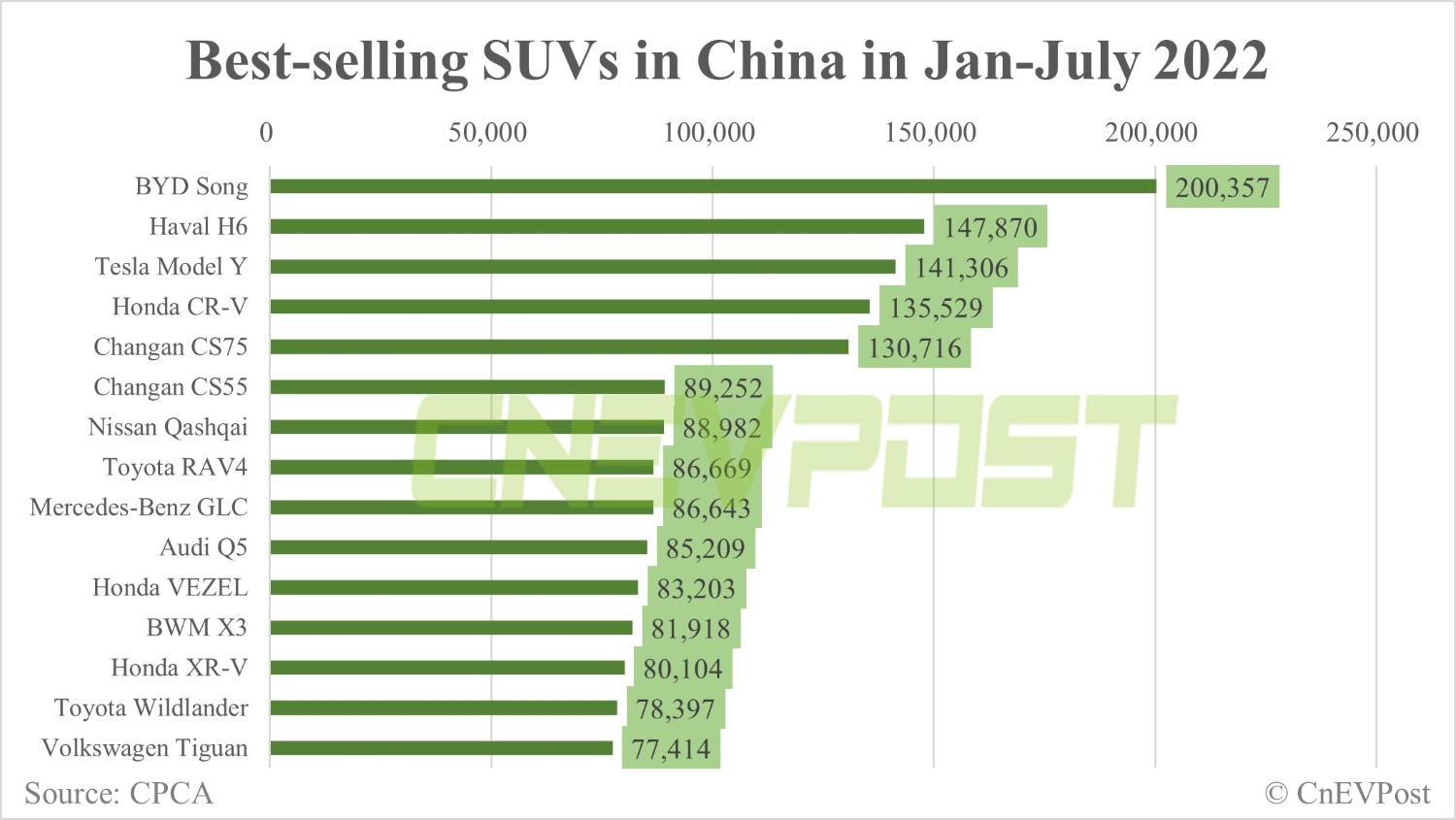 BYD currently has a backlog of 700,000 orders, and the current wait time for consumers who place orders to get deliveries is 4-5 months, the company's chairman and president Wang Chuanfu said in a recent conference call, according to a September 2 report by local media outlet Yiche.

BYD's car deliveries in August were affected by power constraints and Covid outbreaks, but were up compared to July, Wang said at the time, adding that the company would aim to achieve 280,000 units of monthly deliveries by the end of the year.

Earlier this year, BYD hinted that the company's NEV sales target for this year was about 1.5 million units, an increase of about 150 percent from 2021.