After L2 assisted driving, the next one to be commercially available first will be L4 autonomous driving technology, not L3, which is in the middle, according to Baidu's CEO. 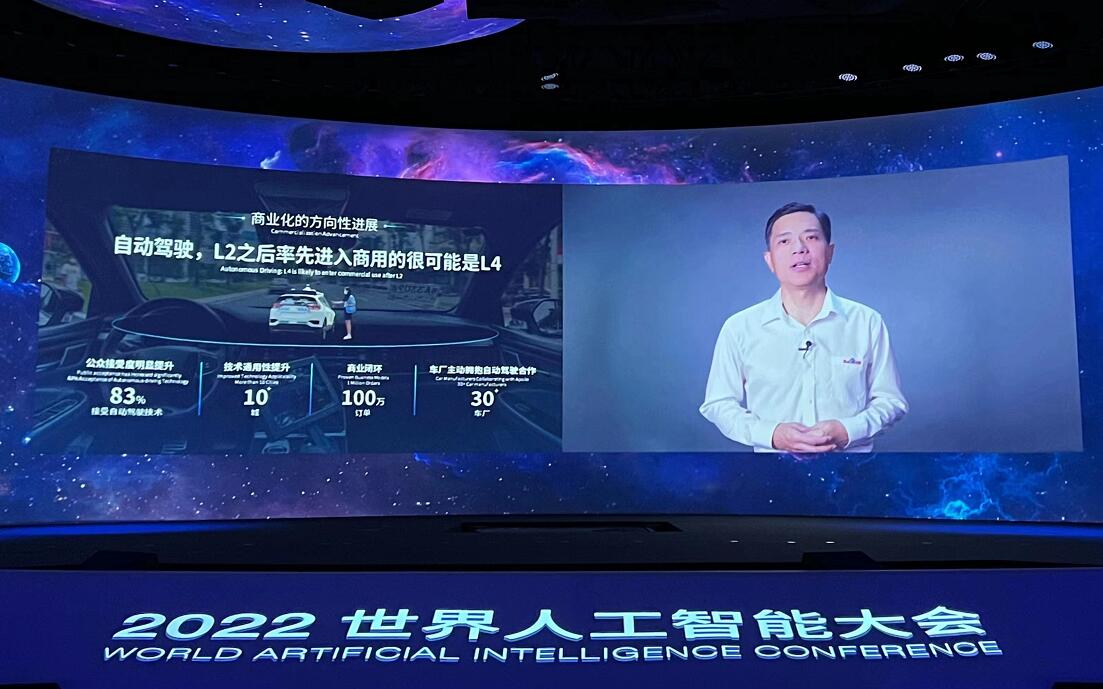 As one of the companies with the most technology accumulation in autonomous driving, the latest judgment from Baidu's helmsman may be something for those in the industry to hear.

"From our practice, the pace of technological progress in autonomous driving is beyond expectations," Robin Li, co-founder and CEO of Baidu, said in a speech at the World Artificial Intelligence Conference (WAIC) 2022 in Shanghai today.

When Baidu is qualified to operate autonomous driving in a particular area of a city, it typically takes only about 20 days to complete the technical preparation for the operation, Li said.

"Because the technology is already so general, our self-driving technology is not achieved by fitting transitions to specific areas," he said.

These levels of autonomous driving mentioned by Li come from SAE International's definition, which divides autonomous driving into six levels from L0 to L5, with levels 0-2 being driver assistance, where the driver controls the vehicle.

Previously, people believed that autonomous driving was a long way from entering reality, so they pinned their hopes more on progressive routes like L2+, Li said in his presentation today.

The perceived technology path for autonomous driving is to achieve L2, then L3, and finally L4 and L5, he said, adding that Chinese regulators' policies are also pointing to that path.

"In fact, the first to enter commercial use after L2 is likely to be L4, not L3," Li said.

That's because the responsibility for accidents in both L2 and L4 status is well defined, with the driver responsible for the former and the vehicle operator for the latter, he explained.

The difference between L4 and L5 is that the former is a limited-range autonomous driving, while the latter is not limited in area, according to Li.

But L3 is different in that the driver has to take over when needed, which makes it difficult to define responsibility for accidents, he said, adding, "Therefore, I think it will take longer for L3 to become widespread."

Under current Chinese policy, automakers can equip vehicles with L2 assisted driving capabilities, but drivers need to be ready to take over the vehicle and be held responsible for negligence.

In the area of L4 autonomous driving technology, such as robotaxi, players including Baidu's self-driving division Apollo are actively exploring it, and operators of such vehicles will be held responsible in the event of an accident caused by negligence.

Notably, in Baidu's self-driving tests on the open road over the past years, there have been no reports of accidents in which the company was responsible, although there have been previous cases of its test vehicles being rear-ended by other vehicles.

In the second quarter, Baidu's robotaxi platform Apollo Go completed 287,000 rides and reached a cumulative total of 1 million rides on July 20, the company announced on August 30.

In his speech today, Li called on Chinese authorities to increase innovation in regulation, saying that China's autonomous driving technology is at the forefront of the world, but that opportunities are fleeting and require continued institutional innovation to break through policy bottlenecks.