Apollo Go has begun to gain significant recognition in the Yizhuang area of Beijing, gaining about 10 percent of the ride-hailing market share. 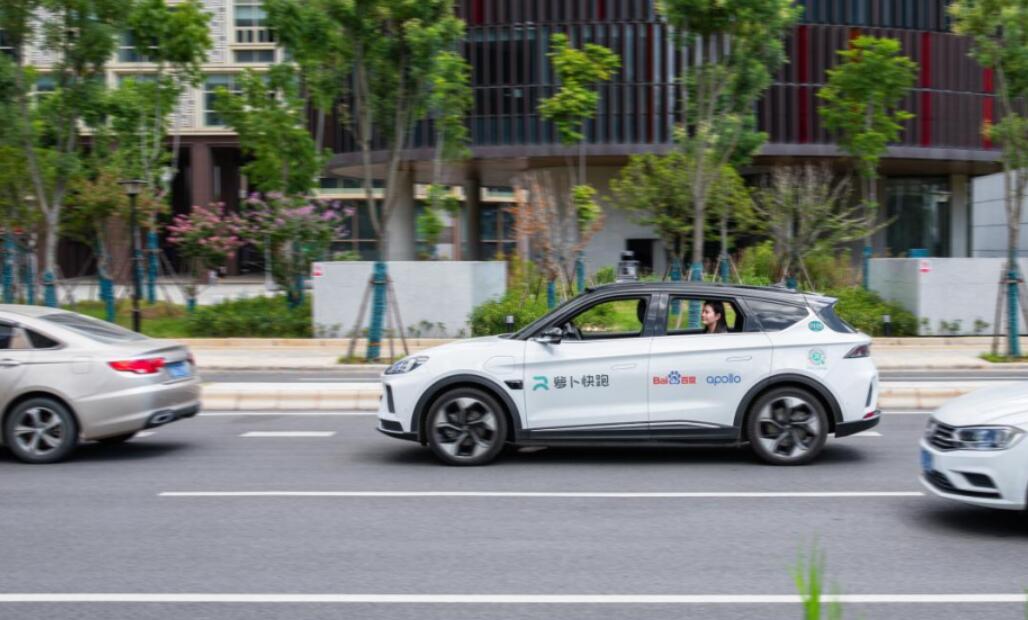 The tech giant revealed the figure on Tuesday when it reported its second-quarter earnings, in which it posted revenue of RMB 29.6 billion ($4.4 billion), beating Wall Street estimates of RMB 29.4 billion, despite a 5 percent decline from a year ago.

During the second quarter, Apollo Go completed 287,000 rides and reached a cumulative total of 1 million rides on July 20, further cementing its position as the world's largest provider of autonomous ride-hailing services.

Of particular note is that in Beijing, where Baidu is headquartered, Apollo Go has begun to gain significant acceptance in the Yizhuang area, which provides a large number of test roads for autonomous driving.

Apollo Go has gained about 10 percent market share of ride-hailing services with pick-up and destination both in Yizhuang, Baidu said Tuesday, citing their internal estimates.

The service was not allowed to charge for its initial operation in Beijing, and on July 20, Apollo Go received permission to charge for driverless taxi service on public roads in the Yizhuang area.

These vehicles in Beijing do not require a safety officer in the driver's seat, but the passenger seat does.

During the pilot phase, Baidu's fully unmanned robotaxi service starts at RMB 16, with a unit price of RMB 2.8 per kilometer of mileage. To encourage user experience, Baidu offered discounts of up to 90 percent in the initial phase.

So far, Apollo Go is available in more than a dozen cities including Beijing, Shanghai, Guangzhou, Shenzhen, Chongqing, Wuhan, Hefei and Chengdu.

In addition to advances in autonomous driving technology and commercialization, Baidu is also driving down the cost of such vehicles to pave the way for further large-scale commercialization.

On June 16, 2021, Baidu's autonomous driving division Apollo, together with BAIC's electric vehicle brand Arcfox, unveiled its fifth-generation unmanned vehicle, the Apollo Moon, which costs RMB 480,000 including the vehicle and driverless kit, a third of the average cost of an L4 autonomous vehicle.

On July 21 this year, Baidu unveiled its sixth-generation robotaxi, the Apollo RT6, allowing the cost to be further cut in half from the fifth-generation product.

In addition to the Apollo RT6's ability to drive unmanned on complex urban roads, the cost was reduced to just RMB 250,000.

Baidu has reduced the cost of self-driving cars to one-tenth of the industry's, bringing it to a level comparable to the price of a regular new energy car, Robin Li, co-founder and CEO of Baidu, said last month.

"Such achievements have set a strong foundation for Apollo Go to significantly reduce the two largest cost items for its operation: labor cost and robotaxi vehicle cost. This is a critical step for Apollo Go to build a revolutionary business model and accelerate its expansion," Li said during Tuesday's earnings call. Li said on Tuesday's earnings call.

"Over the long term, we aim to make Apollo Go an alternative mobility option for millions of people, creating tremendous economic and social values," Li added.

In addition to commercialization in the ride-hailing space, the technology buildup appears to be helping the broader Baidu automotive business.

"The total projected cumulative sales of our auto solutions have grown to RMB10.3 billion, per our internal estimates," Li said Tuesday.