The accident was caused by a truck that failed to maintain an adequate safety distance, and the driver of the truck was found to be fully responsible.

With driverless as a new technology, any safety-related developments are of great concern. One such vehicle from Baidu was just found to be damaged in an accident, though thankfully no serious injuries were reported and the driverless vehicle was not to blame.

An image circulating on Chinese social networks earlier today shows the left rear of a vehicle from Baidu's Robotaxi platform Apollo Go that was badly damaged in an accident. 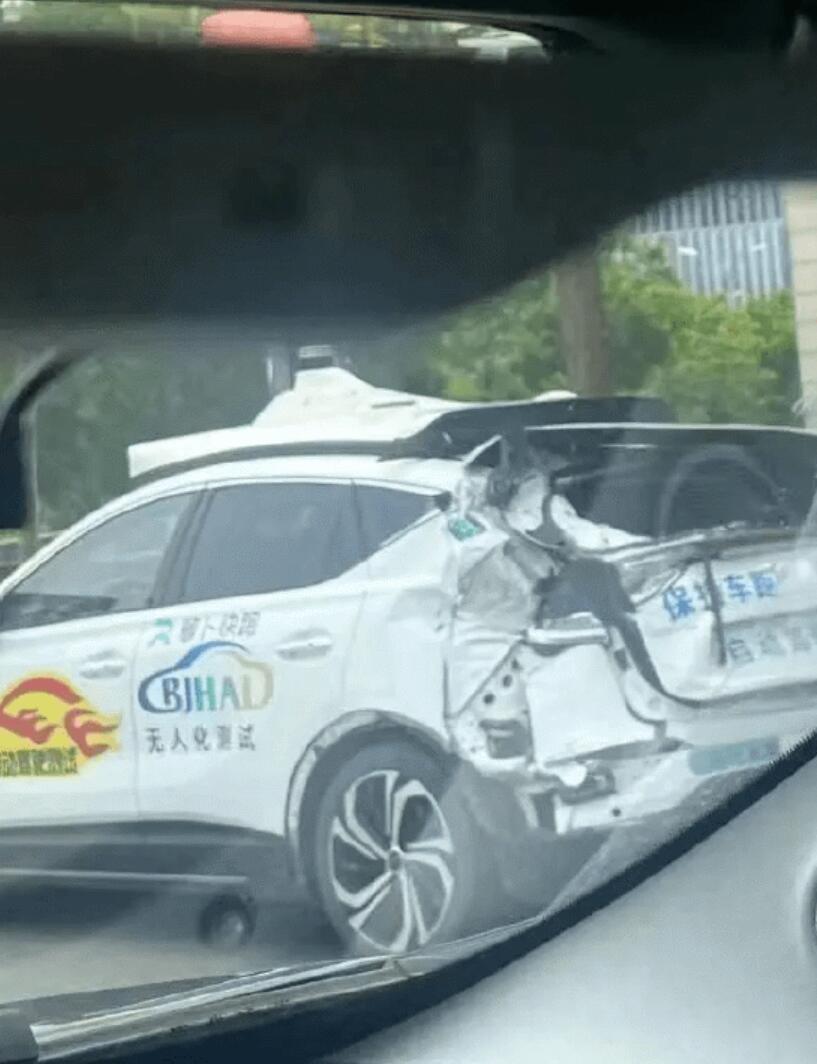 The vehicle has the logo "BJHAI" printed on its body, meaning it is a vehicle being tested in the Beijing High-level Automated Driving Demonstration Area.

The image circulating on the Internet shows an accident that occurred in early May when an Apollo Go test vehicle was rear-ended by a truck behind it while driving normally in the Beijing Economic and Technological Development Zone, Sina Tech quoted Baidu as saying today.

Apollo Go had reported to regulatory authorities at the first opportunity after the accident, Baidu said.

The public security as well as traffic management authorities at the time carried out site investigation and evidence collection, and the accident was caused by the truck's failure to maintain a safe distance from the vehicle in front of it, and the final responsibility was found to be fully borne by the truck driver, Baidu said.

Baidu began its involvement in autonomous driving technology nine years ago and was one of the first Chinese companies to enter the field.

In late April this year, Baidu received permission to offer self-driving hailing services on Beijing's open roads with no safety officers in the driver's seat.

Baidu's Apollo test fleet has exceeded 500 vehicles and has been tested on open roads in nearly 30 cities around the world, covering a total of more than 27 million kilometers, the company said in its first-quarter earnings report late last month.

Apollo Go provided 196,000 rides in the first quarter, an increase of more than 11 times over the same period last year, Baidu's data showed.