Mercedes-Benz EQE officially launched in China, some say 'give me a reason to buy it instead of NIO ET7'

The Mercedes-Benz EQE is an excellent model, but some competing models from local EV upstarts are putting it in an awkward position. 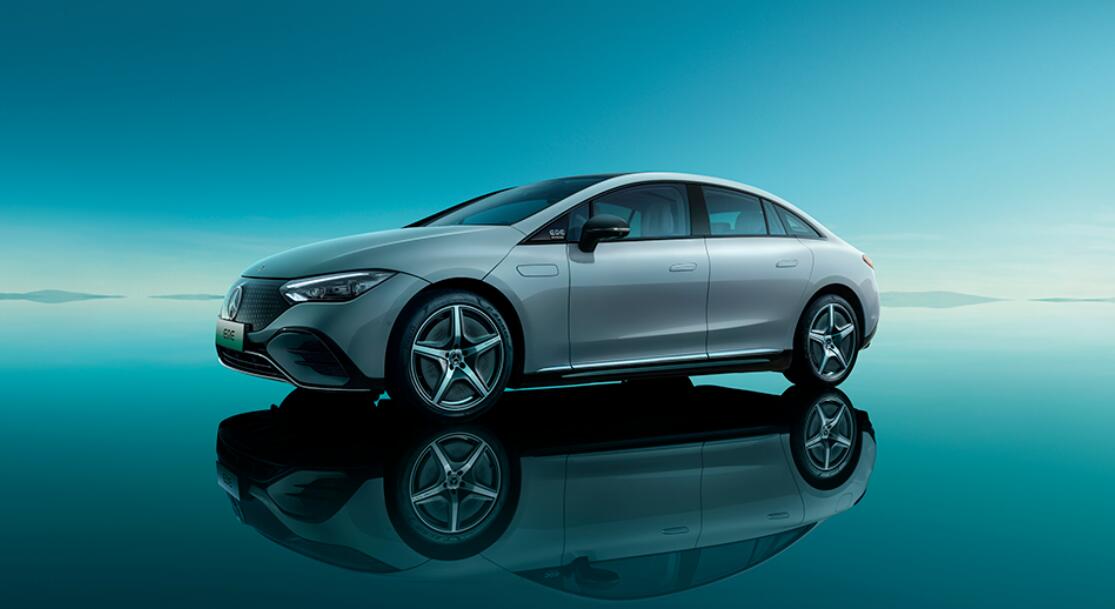 German luxury carmaker Mercedes-Benz's EQE has officially launched in China, providing local consumers with yet another luxury electric sedan option. While it's an excellent model, it faces some awkwardness when faced with the first-mover advantage of local electric vehicle (EV) upstarts.

On August 24, the Mercedes-Benz EQE, the first model of Mercedes-Benz's EQ brand in China based on the EVA all-electric platform, went on sale, the automaker announced in a WeChat post on Wednesday.

These models are single-motor rear-wheel drive models with a maximum motor power of 215 kW and peak torque of 556 Nm, and a minimum acceleration time from 0 to 100 km/h of 6.7 seconds.

The Mercedes-Benz EQE is equipped with an NCM811 battery pack with a capacity of 96.1 kWh, which is produced at the battery plant of Beijing Benz, a joint venture between BAIC Motor and Mercedes-Benz in China.

One version has a maximum CLTC range of 752 km, while the other two versions have a range of 717 km.

Mercedes-Benz is not currently deploying its own dedicated charging facilities in China, saying that the Mercedes-Benz EQE has access to 390,000 charging piles, including 260,000 DC piles, provided by 17 major local charging station operators.

The model supports up to 128 kW of charging power and can be charged from 10 percent to 80 percent in 48 minutes.

The reality, however, is that in the mid to large-size pure electric luxury sedan market, local automakers already offer several excellent models, notably the ET7 from NIO. 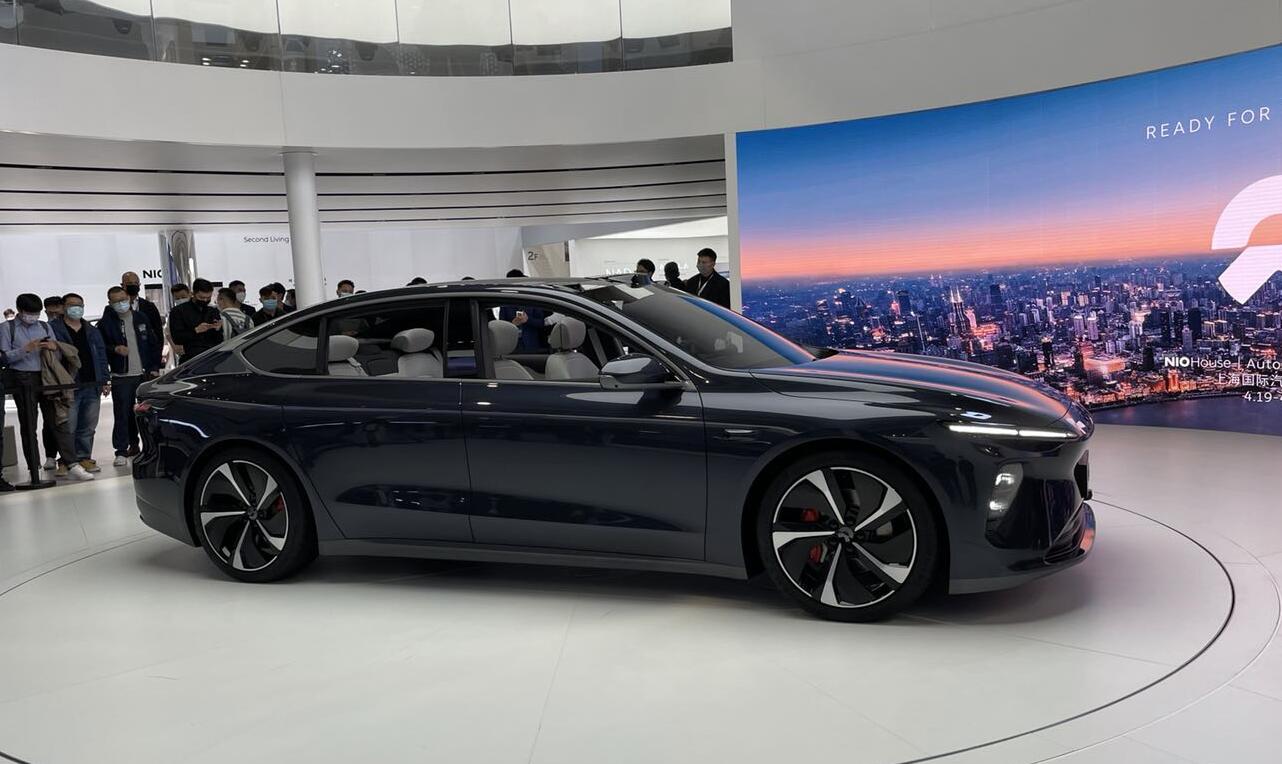 In terms of price, the NIO ET7 is also cheaper, with the two versions currently available starting at RMB 458,000 and RMB 536,000 respectively before subsidies.

In addition to the purchase subsidy of more than RMB 10,000, the purchase threshold will be reduced by RMB 70,000 if NIO's battery leasing service BaaS is selected.

In terms of power, both versions of the NIO ET7 have dual motors, with a peak power of 180 kW for the front motor and 300 kW for the rear motor.

All NIO models support battery swap, and owners who initially purchased the standard range battery pack can flexibly upgrade to the long-range pack on a monthly or annual basis, depending on their needs.

In the fourth quarter of this year, a semi-solid-state battery pack with a capacity of 150 kWh will also be available, allowing the vehicle to achieve an NEDC range of up to 1,000 km.

In terms of powering up, NIO is one of the EV makers with the most comprehensive system in China, with 1,076 battery swap stations, 1,836 charging stations and access to more than 550,000 third-party charging piles as of today, according to data monitored by CnEVPost.

After the official launch of the Mercedes-Benz EQE in China, one auto blogger said on Weibo, "Give me a reason to buy it instead of the ET7." 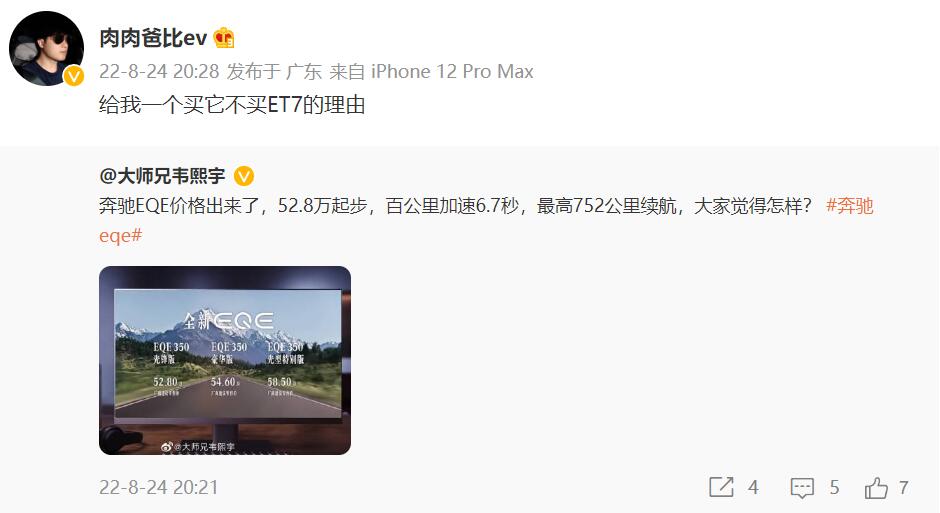 On August 19, another auto blogger said his team discussed about whether the Mercedes EQE could compete with the NIO ET7.

The NIO ET7 has been on the China Passenger Car Association's list of top-selling high-end sedans with a starting price above RMB 300,000 for the fourth consecutive month since deliveries began on March 28.