From January to July, the NIO ET7 ranked No. 9, up one spot from No. 10 the previous month. 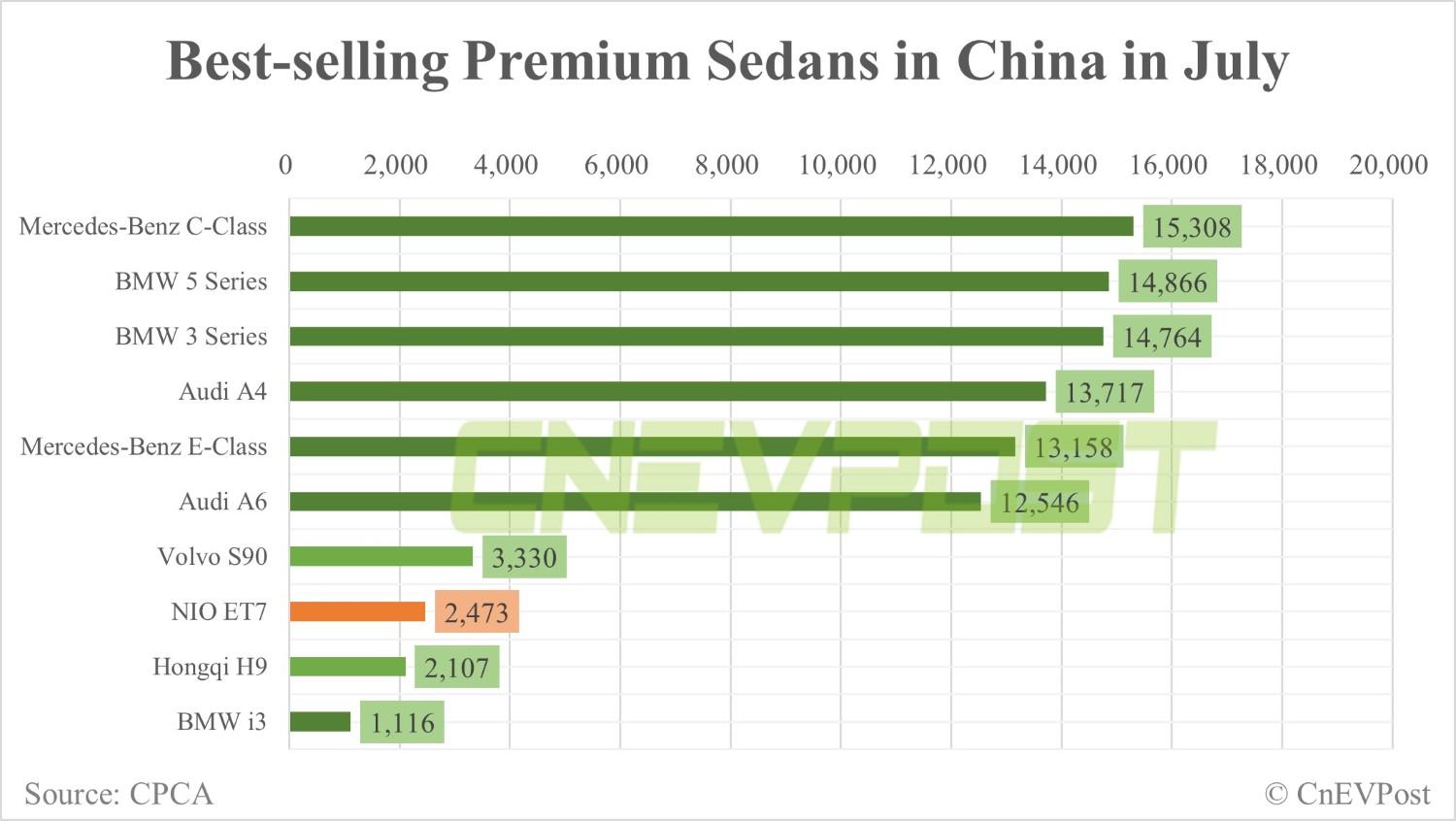 NIO's flagship sedan ET7 has dropped one spot in the latest premium sedan sales ranking in China, as its deliveries declined.

In June, the NIO ET7 ranked seventh on the list with 4,349 units sold.

Deliveries of the model began on March 28, and July was its fourth full month of delivery and fourth consecutive month on the list. 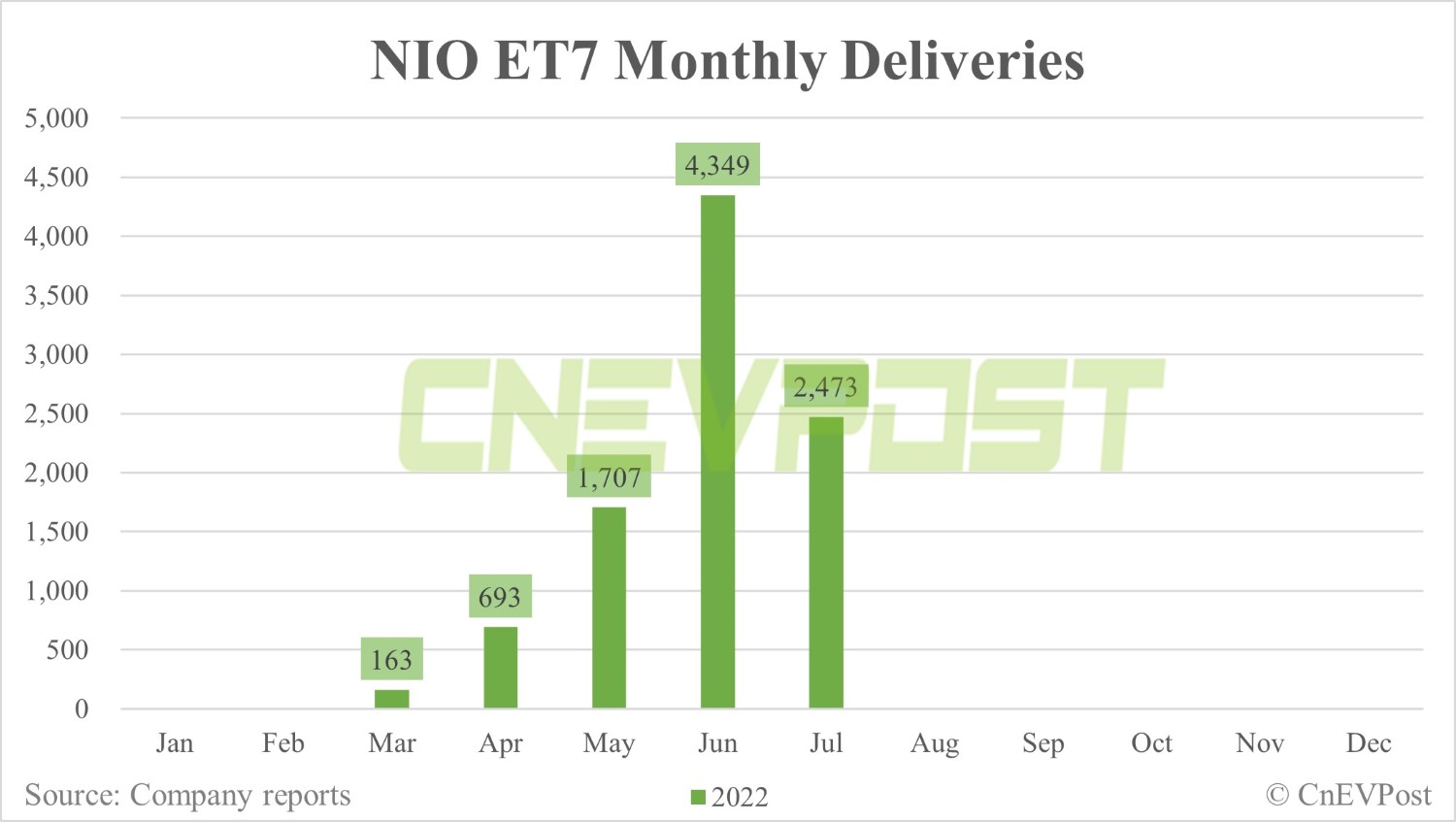 NIO delivered 10,052 vehicles in July, including 2,473 ET7s, bringing the sedan's cumulative deliveries since delivery to 9,385, according to data monitored by CnEVPost.

The models ahead of the NIO ET7 on the CPCA's latest list are all traditional internal combustion engine (ICE) vehicles, dominated by models from German luxury brands BMW, Mercedes-Benz and Audi.

It is worth noting that the sales of these German luxury models in July were significantly higher than the same month last year, as China's policy of halving the purchase tax on ICE vehicles provided support.

The BMW i3, an all-electric version of the best-selling BMW 3 Series in China, was officially launched in China on March 31, offering only one version, the BMW i3 eDrive35L, and only for the Chinese market.

Deliveries of the BMW i3 began in China in June, with 1,613 units delivered that month, according to the CPCA.

From January to July, the NIO ET7 ranked No. 9 in the sales ranking of high-end sedans with a starting price above RMB 300,000, up one spot from No. 10 last month, according to the CPCA. 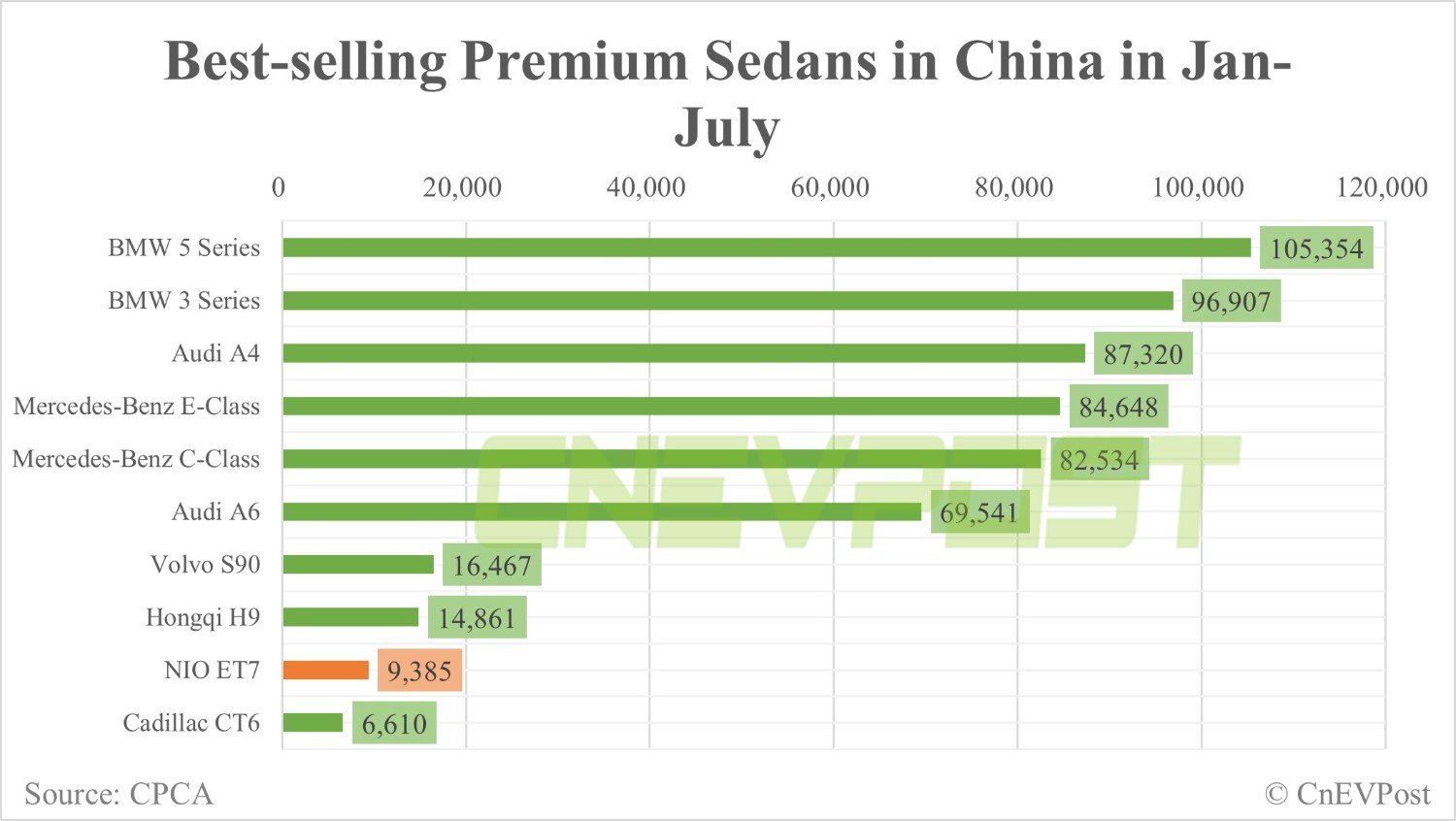