The car's cabin caught fire within nine seconds, which was not caused by the vehicle itself, but possibly by flammable and explosive items that ignited, Li Auto said. 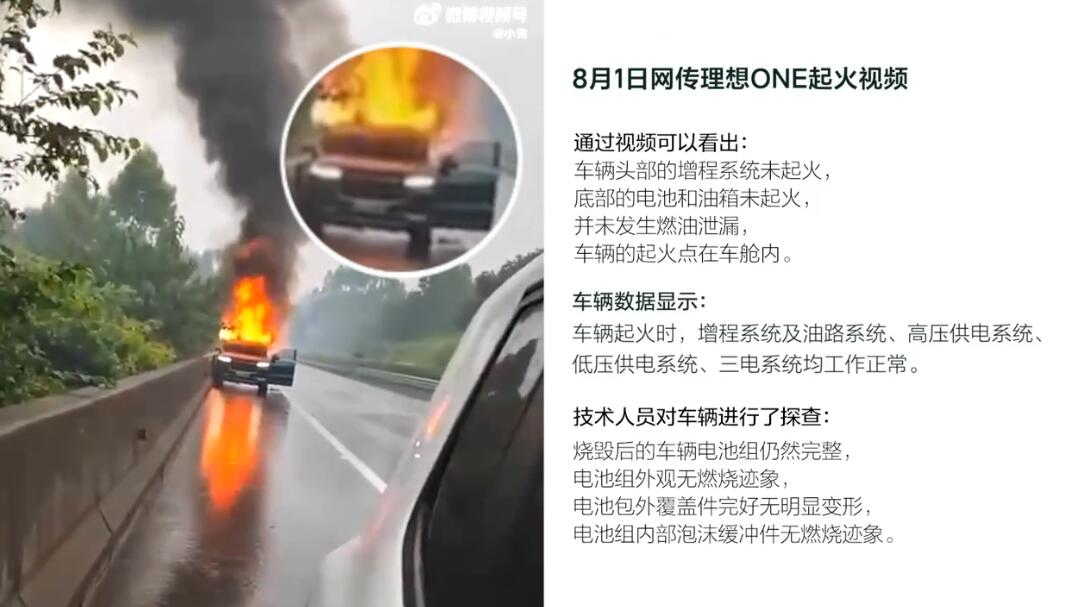 A Li ONE vehicle fire earlier this week put Li Auto in the spotlight, and now the company has responded in detail, ruling out a vehicle quality issue.

"Based on the information available at this time, we do not believe that the fire was caused by a vehicle quality issue, and Li Auto will cooperate with the fire department to investigate the specific cause of the fire," the company said in a statement posted to Weibo on August 4.

On August 1, a Li ONE caught fire on the Chengdu-Chongqing highway in Sichuan province, where four people were burned and quickly left the vehicle, Li Auto's statement said, adding that it is cooperating with the owner and the fire department in the investigation of the incident. 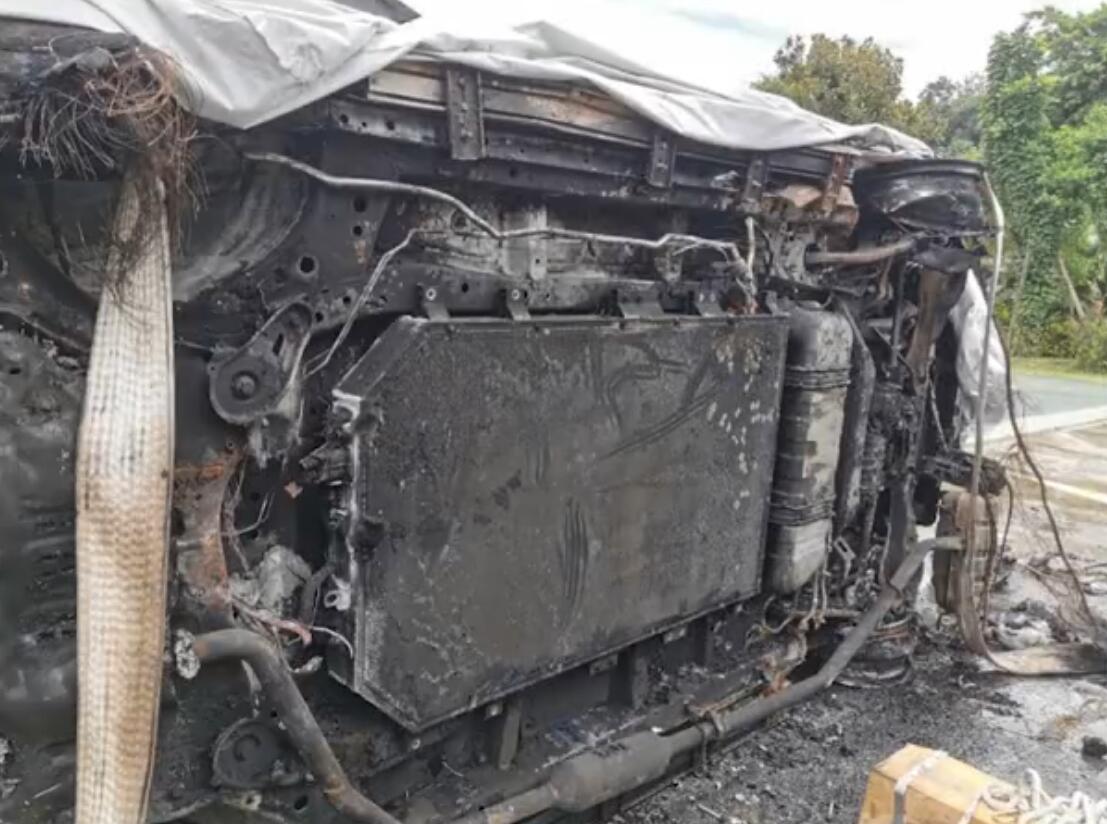 Li Auto released detailed data from the vehicle before it burned:

At 13:17:57, the temperature of the second row inside the vehicle instantly increased to 85°C.

In 13:18:04, the driver opened the left front door, followed by the vehicle right front and left rear doors open, the vehicle passenger seat occupancy signal disappeared, the vehicle personnel all left the vehicle.

Comprehensive analysis showed that the vehicle fire started in the cabin, the front range extender system and the bottom battery and fuel tank did not burn, and there was no fuel leakage, Li Auto said.

"A fire of this magnitude in the cabin in just nine seconds was not caused by the vehicle itself, and we suspect that flammable and explosive items were present and ignited inside the vehicle," the statement said.

Li Auto is in contact with the owner and is providing the necessary support and assistance to the extent that is legal and reasonable, it said, adding that they will await the results of the fire department's investigation.

The currently available model for Li Auto is the Li ONE, which has accumulated 194,913 deliveries since the car debuted in the market in 2019.

Li Auto launched the Li L9 on June 21, the company's second model after the Li ONE, following its predecessor's extended-range technology. Its deliveries are expected to begin this month.