BYD sold 4,026 new energy passenger vehicles in July in overseas markets, the first time it has provided this breakdown in its monthly sales report. 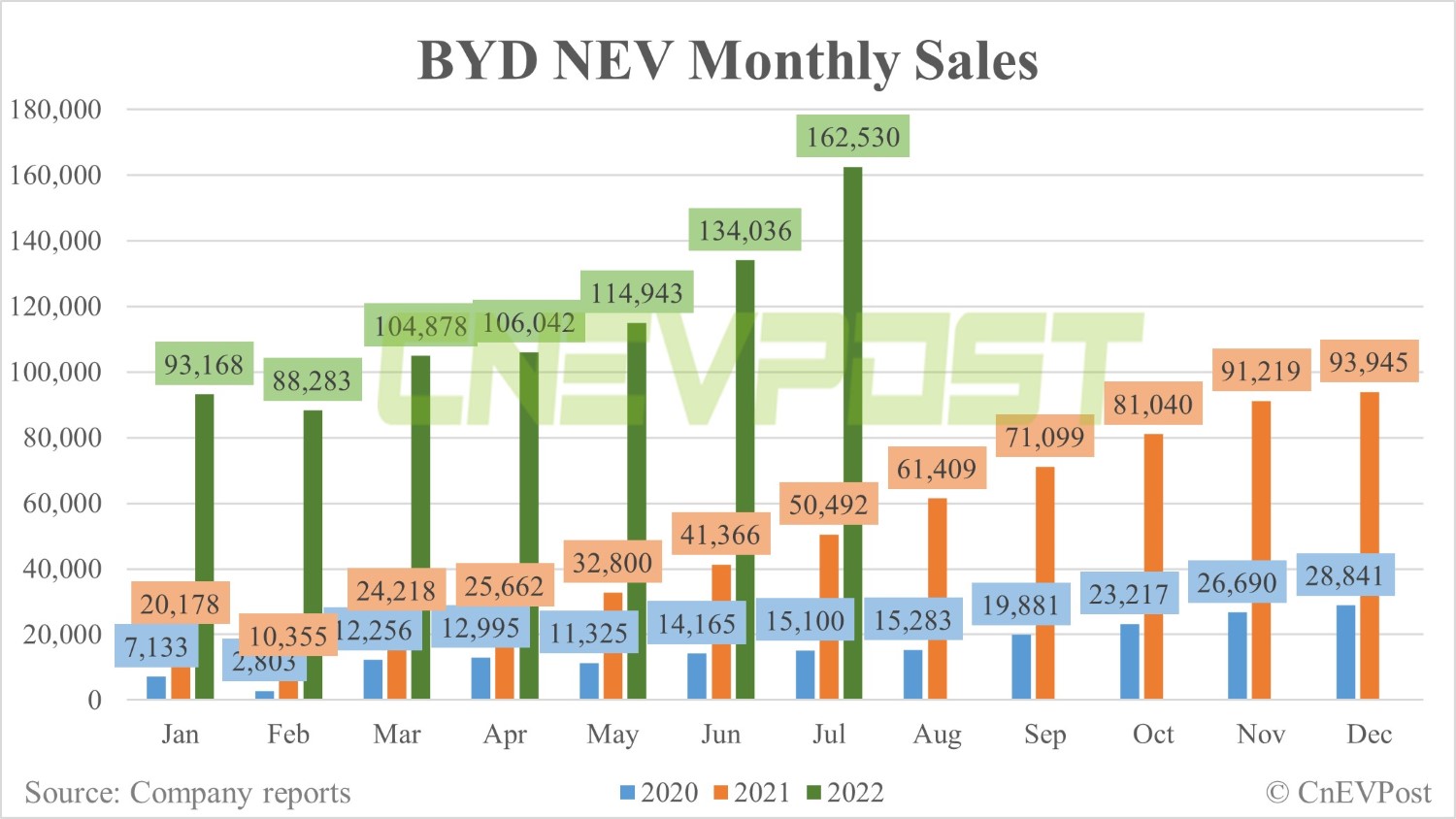 BYD saw another record month of sales, even as its major peers suffered declines.

The largest Chinese NEV maker sold 4,026 new energy passenger vehicles in July in overseas markets, the first time it has provided that breakdown in its monthly sales report.

BYD's NEVs include passenger cars, which sold 162,214 units in July, and commercial vehicles, which sold 316 units.

BYD's new energy passenger cars include pure electric vehicles and plug-in hybrids, with 80,991 units sold in July for the former and 81,223 units for the latter. 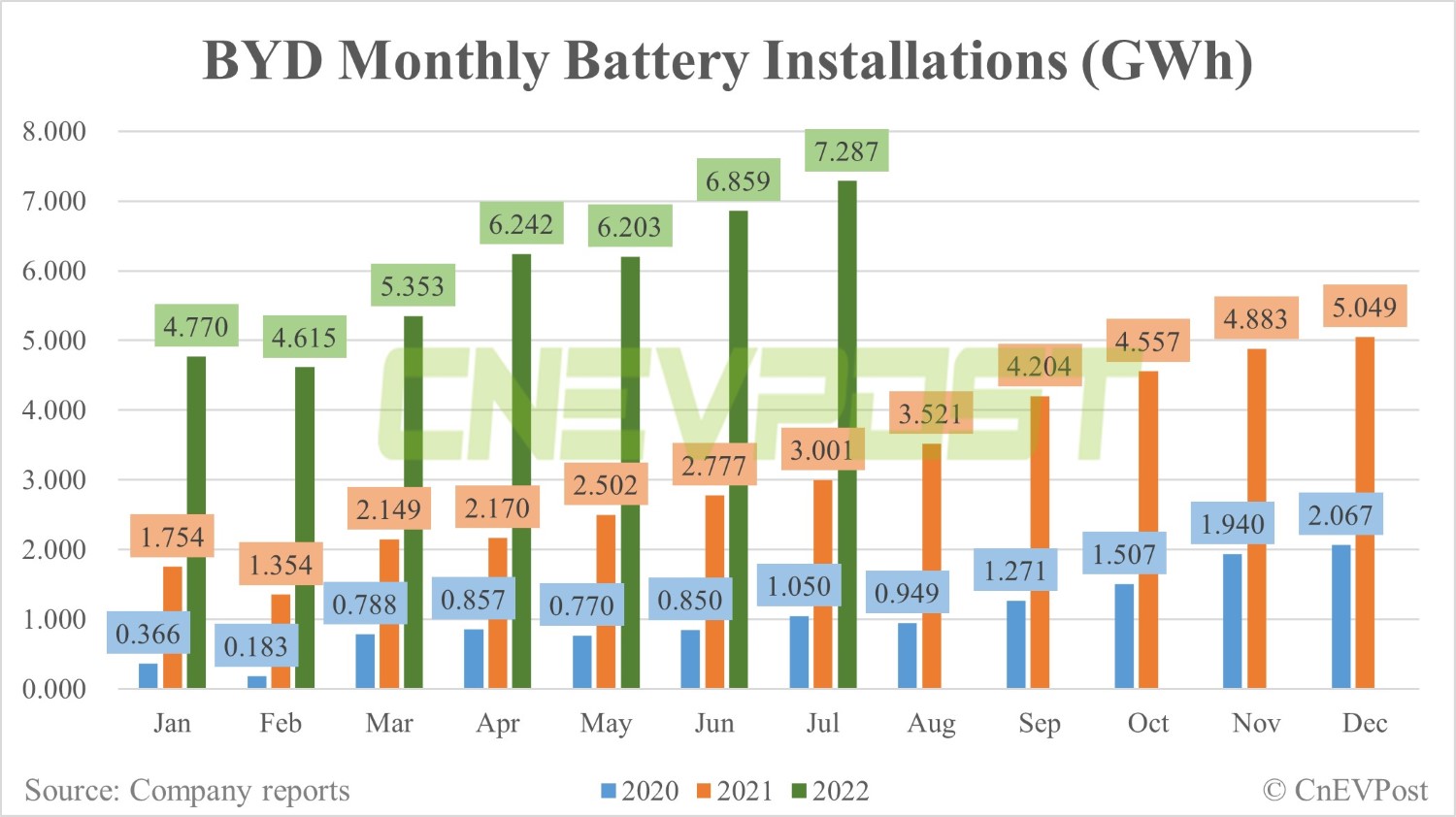 Despite the huge sales volume, BYD continues to be plagued by a lack of capacity.

If the plan to increase production goes well, BYD's monthly output will reach about 300,000 units in August, when delivery lead times for models with severe shortages, including the Dolphin, are expected to be shortened to within a month, Jiemian said, citing unnamed insiders.

BYD's production bases in Jinan and Zhengzhou will go into production by the end of the year, according to Jiemian's report.