Leapmotor delivers record 12,044 vehicles in July, up 7% from June

This is the third consecutive month of record deliveries for Leapmotor, bringing the cumulative number of deliveries so far this year to 64,038. 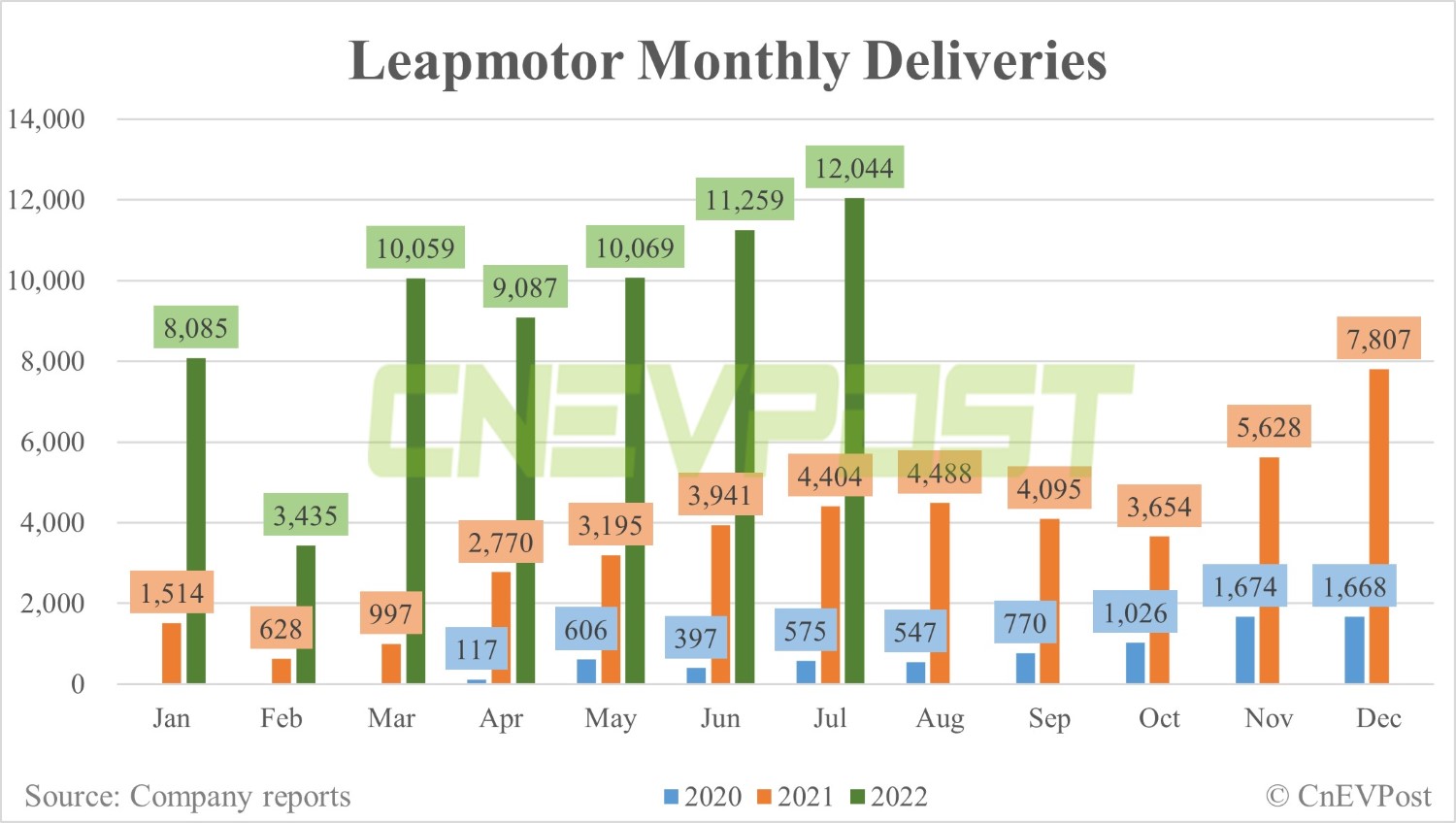 But Leapmotor posted a year-on-year growth rate of more than 177 percent, seemingly because of an adjustment to last year's figures. Its official Weibo account still shows delivery figures of 4,404 units for July last year.

From January to July, Leapmotor delivered 64,038 vehicles, up 267 percent from 17,449 units in the same period last year, data monitored by CnEVPost shows.

Leapmotor was founded in 2015 and is currently delivering the mini vehicle T03, the coupe model S01, and the flagship SUV model C11.

The company did not provide a breakdown of deliveries for the different models.

Leapmotor announced on Sunday evening on its mobile app that the subsidized price of all T03 models will be increased, citing upstream raw material price increases in addition to a special edition of the model.