Leapmotor raises prices of its flagship SUV by up to about $4,720

Leapmotor said this is due to a sharp increase in raw material prices and a reduction in state subsidies for NEV purchases.

Leapmotor has become the latest in a flurry of moves by car companies to raise their prices.

The electric vehicle (EV) startup announced Friday at midnight that it is adjusting the prices of its entire lineup of flagship SUV, the C11, due to a sharp increase in raw material prices and a reduction in state subsidies for new energy vehicle (NEV) purchases.

The adjustments will take effect at 00:00 on March 19, and consumers who previously paid a deposit will not be affected, it said.

Leapmotor's statement was released at 23:50 pm on March 18, leaving only 10 minutes for potential consumers to place their orders. 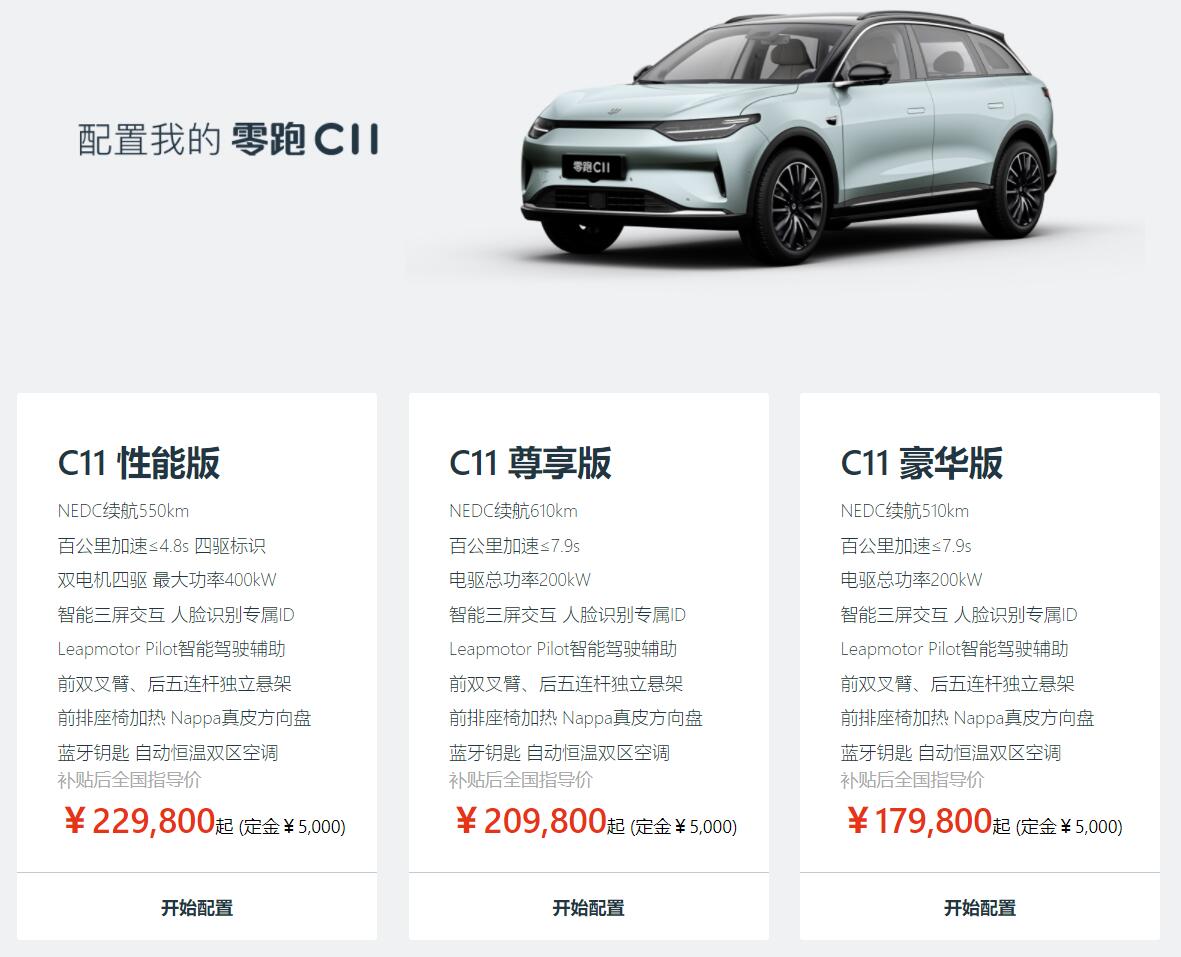 The company filed the first version of its prospectus with the Hong Kong Stock Exchange on March 17, where it hopes to list.

The company plans to launch 1-3 new models per year in the next few years and 8 new models by the end of 2025, covering sedans, SUVs and MPVs, according to its prospectus.

The C11 opens for pre-sale in early 2021, went on sale on September 29 and started deliveries on October 22. 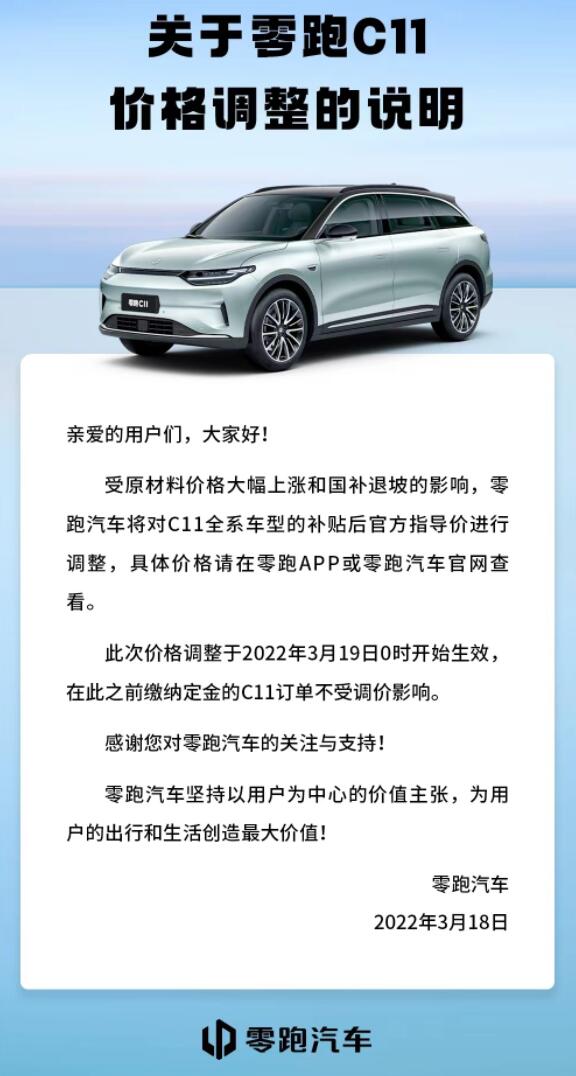